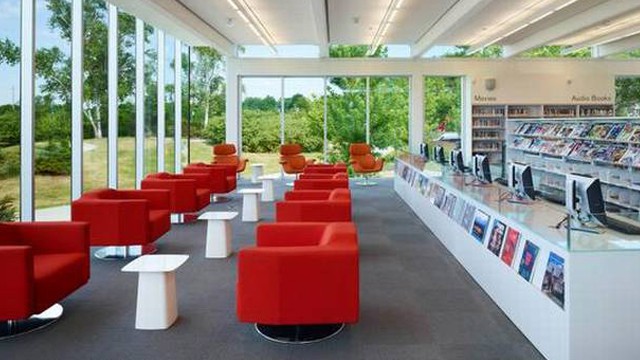 Good news for local library lovers–residents will soon be able to access new technology and resources at Mississauga’s libraries.

The city of Mississauga recently announced that the Mississauga Library System is using its approximately $76,000 one-time grant from the provincial government (which was issued later last year as part of the government’s Ontario Libraries Capacity Fund) to invest in technology and improve services.

The grand was intended to help libraries keep up to date on the newest technologies and improve access to digital and information technology resources.

“On behalf of Council and staff we welcome this important investment commitment by the Ontario government toward improving our public library system,” Mayor Bonnie Crombie said. “Local library branches are popular neighbourhood hubs, offering quality programs and services enjoyed by residents of all ages. This investment will help improve our library services by introducing new technology and resources that are needed in today’s digital world.”

According to the city, all 18 city-owned libraries benefited from the grant funding.

The city says the funding was used to:

·         expand the collection of Daisy Readers for library users with print disabilities; and

“Through the grant funding we’ve provided our users with access to new tools, technology and resources that inspire lifelong learning and generate an interest in technology,” said Rose Vespa, Director of Library Services, Mississauga Library System, City of Mississauga. “We’ve brought about meaningful enhancements to our programming. We focused on specific community priorities like growing our digital literacy programs and building on science, technology, engineering and math education initiatives (STEM). We’ve created lasting learning opportunities and experiences that have enriched the lives of many of our residents.”

At a time when STEM (science, technology, engineering and mathematics) subjects are top of mind for many residents and educators, it makes sense that libraries–still bastions of education and learning, despite the digitalization of the world–would invest such technologies, as, say, 3D printers.

“One of the areas that has really benefited from funding is our Maker Mississauga initiative. For more than two years, Maker Mississauga has provided inspiring programs on a variety of topics while continuing to build interest and develop skills in STEM-education,” says Vepsa. “We’ve seen an overwhelming response since introducing this initiative to our libraries. We had more than 10,000 residents who participated in the program last year.”