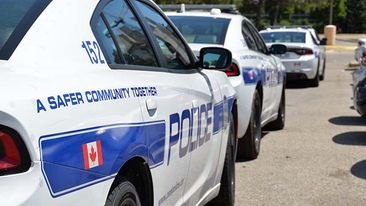 The City of Mississauga is spearheading a May campaign to encourage drivers to slow down and comply with posted speed limits after police reported an uptick in speeding tickets issued on local roads.

“It is a contributing factor in approximately one-third of fatal collisions in Canada. We’re committed to making our roads safe for everyone.”

Last month, the City announced that Automated Speed Enforcement (ASE) cameras will be installed in the not-too-distant future in a bid to reduce speeding in the municipality.

In a news release, the city said its Road Safety Committee is teaming up with Peel Regional Police and the Region of Peel to implement Vision Zero principles into its road safety initiatives and reduce injuries and collisions on Mississauga roadways.

The city says a number of Regional road design measures have been implemented, such as the expansion of the red light camera program and electronic radar speed signs, radar speed trailers and traffic calming signs in the centre of the two-lane roadways to narrow the roadway.

The city has also been lowering speed limits on some residential streets.

In 2020, Peel police issued more than 8,300 speeding tickets and another 140 charges for stunt driving. Police attribute an April spike in speeding to more people being outside and enjoying the warmer weather.

“Drivers who exceed speed limits put all road users at risk and increase the likelihood of serious collisions on our roadways,” said Pat Saito, chair of the Road Safety Committee, in a statement.

“Road safety measures, like speed limits, are put into place to protect everyone, whether you’re a driver, pedestrian or cyclist.”

Here are some driver safety tips offered by the committee: