Mississauga is the Next Culinary Destination 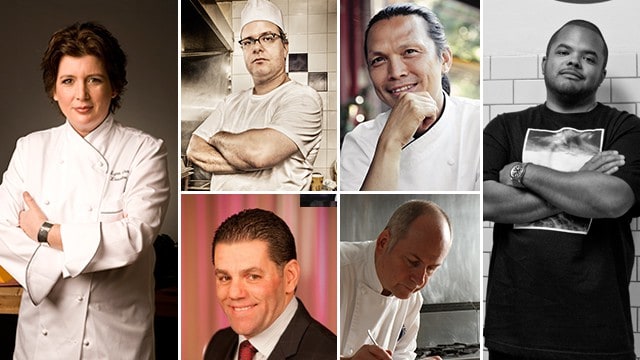 If you build it, they will come. Mississauga is in the midst of a major culinary revolution and is set to become an international culinary destination in 2014.

Terminals 1 and 3 will undergo a major ‘food-lift’ that will include a global food program with more than a dozen new dining spots.

HMSHost, a global food service leader, has partnered with a number of award-winning and celebrity chefs and partners — two of whom call Mississauga home — to transform the terminals into culinary hubs that will feature a broad range of ethnic cuisines.

“Pearson will have an extensive collection of dining experiences with the greatest number of chef-inspired restaurants of any airport worldwide”, says Janine Gervais, Associate Director Retail and Food Programs with the Greater Toronto Airports Authority.

Celebrity chefs Lynn Crawford, Susur Lee and Roger Mooking are just a few of the famed toques who have partnered with HMSHost to elevate the dining experience for travellers.

“I’m absolutely thrilled to be partnering with HMSHost at Toronto Pearson on this unique concept of Bar 120: Cuisine Transformed. You’ll be able to watch the chef create molecular cuisine right in front of you, which provides that familiar taste with a modern twist and unique textures. And we’ll have some chef inspired drinks to enjoy as well. This is my second time working with HMSHost at Toronto Pearson, so I’m really looking forward to this restaurant opening,” says Placko.

“I am exceedingly happy to have the opportunity to bring Paramount Fine Foods and our Middle Eastern Cuisine to hungry travelers of Toronto Pearson,” Fakih says. “Our halal food is a healthy, quick and tasty option for the thousands of visitors and locals who walk through the halls of Toronto’s largest airport. We look forward to the new expansion of Paramount Fine Foods and are eager to have teamed up with HMSHost. They have made the transition smooth, as they are highly professional and have the same passion for quality food and customer service as we do”.

An exciting time for Mississauga, and this is just the beginning.