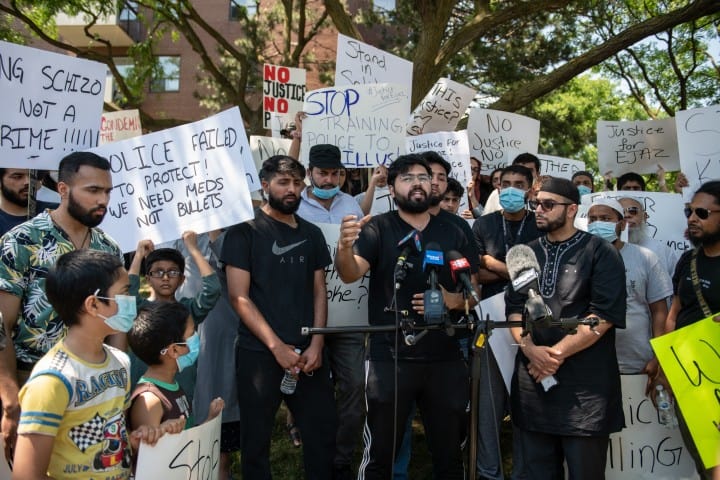 A Mississauga intersection that was the site of days-long protest has reopened, police say.

On June 21, protestors blocked the Goreway Rd. and Morningstar Dr. intersection to demand answers and change in the wake of the police-involved shooting death of Ejaz Chaudhry, a 62-year-old man with schizophrenia who was killed after Peel Regional Police officers entered his apartment to conduct a wellness check.

Family members led hundreds of supporters in a march on Monday, demanding the officer who shot Chaudhry be fired and calling for a public inquiry.

The family says they called a non-emergency line for help while Chaudhry was in crisis last Saturday.

The Special Investigations Unit is investigating the incident.

In a June 27 tweet, Peel police announced that the intersection was open and thanked the Malton community, promising systemic change.

“Thank you to the Malton Community. We generally appreciate your patience [and] understanding during this difficult time. We’ll continue to listen and work collaboratively with you.  Together we’ll engage in systemic reform towards a safe community,” police said.