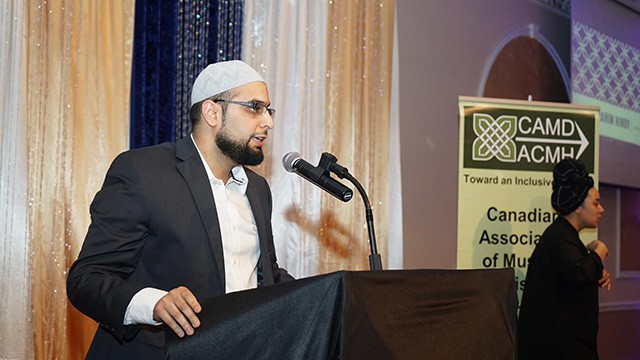 A Mississauga imam says he has received threats against his life due to his involvement with the Peel District School Board (PDSB) and its religious accommodation policy.

Imam Ibrahim Hindy recently took to Facebook to issue a lengthy statement on the threats made against him and his mosque in the wake of the controversy.

“As many of you know, I have been engaged with Peel District School Board (PDSB) religious accommodations issue,” Hindy wrote. “My involvement began a few months ago when a group of high school students reached out to me and expressed concern with new proposed policy from the board and felt that their voices weren’t being heard. Part of my work with the youth is ensuring that they feel a sense of belonging in Canada and a connection to their citizenship. Based on that, it was important for me to help them find their voice and engage with their public representatives and through this express their emotions, feelings, and experiences.”

The PDSB’s long-standing religious accommodation policy (which has been in effect for well over a decade) has come under fire in recent months.

Several weeks ago, the board decided to allow Muslim students to say their own prayers rather than choose from pre-selected sermons. Although students of all religious have long been permitted to pray in public schools (religious rights are protected under the Ontario Human Rights Code), the decision to allow them to say prayers of their choice prompted a uniquely hysterical backlash.

Critics who claimed students would secretly say hateful prayers calling for the end of western civilization converged upon PDSB meetings to express their discontent. At one such meeting, an attendee tore up the Qu’ran while another man screamed “Islam is rape. Islam will kill you, Islam will slit your throat.”

Hindy says he initially got involved in the debate after Muslim students complained about not being able to choose their own sermons and that his recommendation that the board engage with students “created a more positive relationship between the PDSB, faith leaders, and the student body.”

“Because of my involvement with PDSB, I have been receiving targeted hatred. There have been videos and articles made about me. As a result of this, I have even received threats against my life and threats to burn down the mosque. This is appalling. The extremist mindset that we have worked so diligently against in our own community, exists in other communities and is gaining prominence. This is not Canada. We have to make this stop. People’s lives should not be threatened for speaking to their local school board.”

In his Facebook post, Hindy says he’s worked to combat Islamic extremism after seeing the devastating effect it has on youth, their families and society.

“As a young teen, I was exposed to the dangers of extremism and have seen its destructive face. I have seen how it has torn families and communities apart. I have seen how it can take young, bright kids, with incredible potential and turn them into the worst possible version of themselves.” he wrote. “As such, I have worked diligently on fighting extremism and calling out hate whenever I see it…Hate, bigotry and extremism leads to horrific acts of violence and discrimination that fractures and diminishes entire societies.”

Although the death threats are no doubt frightening–and are currently being taken seriously and investigated by Peel Regional Police–Hindy says he’s focused on interfaith outreach and cooperation and hopes to work with other communities to combat hate and bigotry across the board.

“Through this effort we can address the very real problems that exist in many communities including anti-black racism, anti-Indigenous hate, homophobia, anti-Semitism, and every form of bigotry from which our communities suffer,” he wrote. “Through mutual coordination and support we can address the dangerous rhetoric that impugns or invokes against entire faiths, countries and communities. I have already spoken to Canadian law enforcement agencies, including CSIS, to cooperate in supporting us as we create a holistic approach to identifying and fighting extremism.”

He added that he’s going to create an organization that will include people of all faiths who are dedicated to fighting all forms of extremism.

The investigation into the death threats is ongoing.