Mississauga house prices up 13 per cent despite COVID-19 pandemic 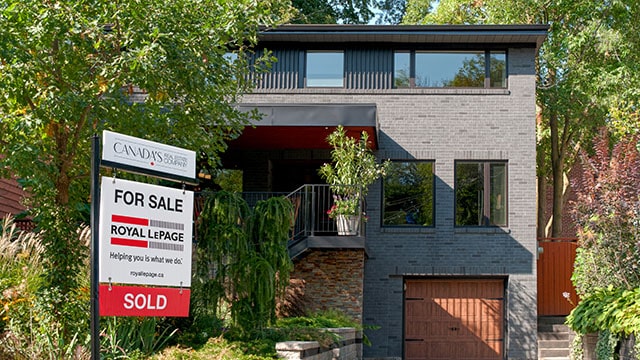 The ongoing COVID-19 pandemic might be prompting more Mississauga homeowners to list their condos for a little bit less than they did at the beginning of 2020, but house prices (all homes types combined) are still up quite a bit year-over-year in a city that hasn’t been affordable in a very long time.

According to Royal LePage’s recent House Price Survey and Market Survey Forecast for Canada, Mississauga and other GTA cities have experienced an uptick in overall housing prices due in part to lockdown-fatigued Toronto residents searching for more space in the suburbs.

Royal LePage says that while prices in Toronto continued to climb in the third quarter (11 per cent to $975,980), prices outside of the city soared, with prices surging a whopping 17 per cent in Windsor.

In Mississauga, overall prices are up 13.5 per cent, with detached house prices climbing over 20 per cent year-over-year in August.

Mississauga isn’t the only city to see house prices climb amid the pandemic. According to Royal LePage, other hot spots include Oshawa (15 per cent), Kitchener/Waterloo/Cambridge (14 per cent), and Hamilton (14 per cent).

“Demand from the delayed spring market has continued through the third quarter. The seasonal slowdown is expected in the coming months but given the recent strength of September, we will likely see a more brisk fourth-quarter market than the previous year,” said Debra Harris, Vice President, Royal LePage Real Estate Services Limited, in the report.

While condos aren’t selling quite so fast, Harris says the market remains strong.

“The detached home market is outperforming the condo market, but condo demand is still considered healthy. Condo sales were up 15 per cent in September [2020] compared to September 2019. In Toronto, we are used to strong seller markets and a balanced market can seem quiet by comparison,” she said.

Royal LePage predicts the aggregate price of a home in the Greater Toronto Area will increase 8.5 per cent in the fourth quarter of 2020 compared to the same quarter last year.

Nationally, the aggregate price of a home in Canada increased 8.6 per cent year-over-year to $692,964 in the third quarter, as high demand and low inventory continued to fuel a seller’s market.

“Typical consumption patterns have been disrupted in 2020 as the pandemic has driven the household savings rate to levels not seen in decades,” said Phil Soper, president and CEO of Royal LePage in the report.

“Most Canadians have sharply reduced spending on discretionary goods and services involving a great deal of human interaction, and with mortgage rates at record lows, many have refocused on housing investments, be it renovations to accommodate work-from-home needs, a recreational property or a new property better suited for the times.”

Royal LePage says it expects current regional price levels to be maintained for the remainder of the year.

“Home price gains realized this quarter are forecast to be sustained through December,” said Soper.

“While the pace of price growth is expected to slow considerably in the final weeks of this most unusual year, it is highly unlikely we will see housing values back up.”