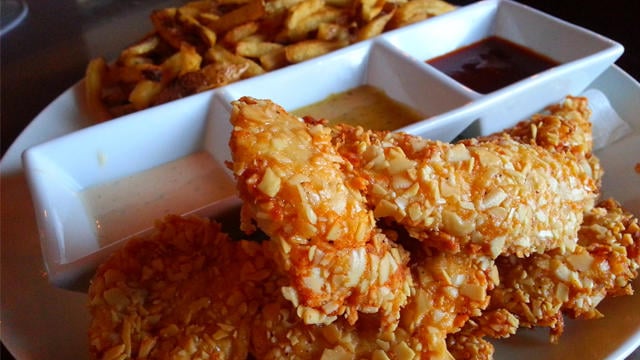 We already know Mississauga’s food scene is something to hype up.

Turns out we’re not the only ones who think so.

One of Sauga’s most popular hangouts has made a very exciting list.

OpenTable (best known for providing online restaurant reservations services) announced the 100 Best Restaurants in Canada for a Big Night Out on March 21.

Union Social, in Meadowvale near Hwy. 401 and Mississauga Rd., has made the cut.

Canadian, seafood, Italian, international and French were the most popular cuisines on the list, which also includes eats ranging from seafood to tapas to comfort food to fusion.

“Whether Canadians are looking for the newest restaurant in town or the latest place to see and be seen, there is something to satisfy anyone looking for a big night out.”

Ontario tops the list with 42 restos, 30 of which are in Toronto.

Quebec takes second-place with 23 establishments, followed by Alberta with 16, British Columbia with eight and Manitoba and Nova Scotia with three apiece.

Rounding out the list are restaurants from Saskatchewan and Newfoundland with two restaurants each while New Brunswick has one establishment featured.

Featured on the list are popular picks for dining with out-of-town friends, such as restaurants with panoramic city views such as Portus 360 in Montreal; neighbourhood highlights where locals go for a date night, such as La Banane in Toronto; and newcomers, such as Nightingale in Vancouver, which have caught the attention of foodies in just a few short years.

In total, the list features nine new buzzing restaurants that opened in 2017.

Here’s the complete list of 100 Best Restaurants in Canada for a Big Night Out, in alphabetical order:

360 The Restaurant at the CN Tower – Toronto, ON

The Carbon Bar – Toronto, ON

Drake One Fifty – Toronto, ON

ONE Restaurant – Toronto, ON

The Sportsbar LIVE! At Rogers Arena – Vancouver, BC