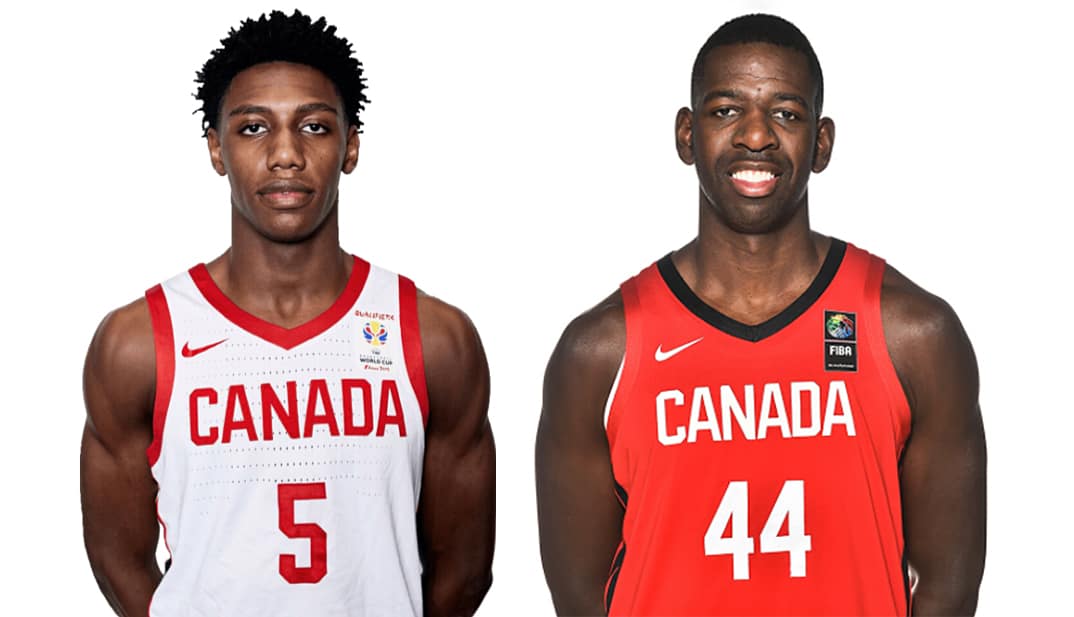 A pair of Mississauga basketball stars will be looking to help Canada qualify for the upcoming Tokyo Olympic Games.

Canada will compete in a six-team qualifying tournament, one of four tournaments being held in Victoria, B.C.. Action tips off Tuesday and runs through to July 4.

“Hosting the FIBA Olympic Qualifying Tournament is a great occasion for basketball in our country and the team that’s been selected to represent Canada this week is committed to our goal of qualifying for the Tokyo Olympic Games,” said Rowan Barrett, General Manager / Executive Vice-President, Senior Men’s Program.

“On behalf of Canada Basketball and our supporters across Canada, I would like to extend our gratitude and appreciation to the players and staff for their commitment, sacrifice and pride for our country.”

The six-foot-six Barrett, who attended St. Marcellinus Secondary School in Mississauga, is hoping to follow in his dad’s footsteps. Rowan represented Canada at the 2000 Summer Olympics in Sydney, Australia.

The 21-year-old, who was a third overall pick out of Duke University in 2019, is one of eight active NBA players on Canada’s roster looking to help Canada qualify for the first time since his dad played in the Games.

This will mark Barrett’s debut with the Olympic squad. He averaged 21.6 points, 8.3 rebounds and 4.6 assists in earning tournament MVP and leading Canada to a gold medal at the FIBA U19 World Cup four years ago.

The six-foot-nine, 250-pound Nicholson has been playing in China with the Fujian Sturgeons.

A 19th overall pick of the Orlando Magic in the 2012 NBA Draft, the 31-year-old didn’t start playing basketball until his junior season with Father Michael Goetz in Mississauga.

After starring with St. Bonaventure University in New York, Nicholson spent four years with the Magic, before joining the Washington Wizards in 2016 and the Brooklyn Nets the following season.

The Olympic Qualifying Tournament features the 16-best-placed non-qualified teams from the FIBA Basketball World Club and the two highest-ranked countries per region.

Canada, coached by Raptors coach Nick Nurse, is in Group A with Greece and China, while Group B consists of Uruguay, Czech Republic and Turkey.

Each team plays the other two teams in each group with the top two teams advancing to the semifinals. The winner of 16-team qualifier advances to the 2020 Tokyo Olympic Games where they will play in a group with the USA, France and Iran.