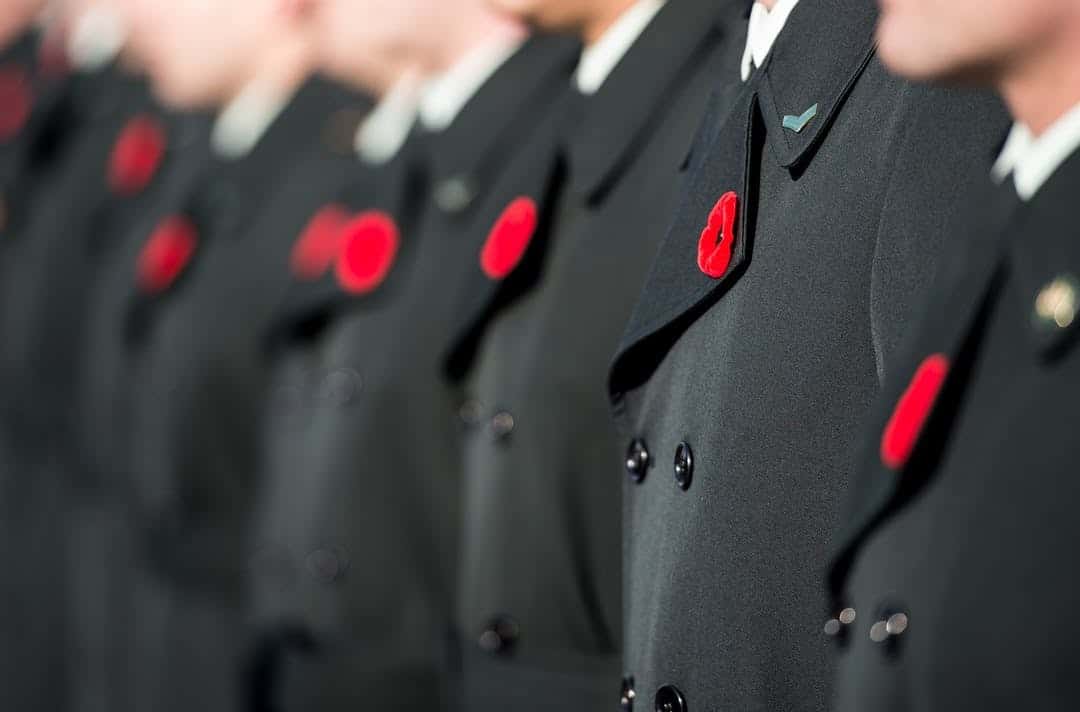 Mississauga will honour Canada’s fallen soldiers and veterans with a public Remembrance Day ceremony on Thursday morning in the City Centre.

The in-person outdoor ceremony will run from 10:40 to 11:20 a.m. at the Mississauga Civic Centre Community Memorial and is open to members of the public. The event, which will be attended by City of Mississauga officials and other dignitaries, will also be streamed online.

Mississauga officials say the sacrifices made by countless members of the Canadian Forces throughout history will be remembered and honoured with a moment of silence and the laying of wreaths.

The Community Memorial is located at the northwest corner of Celebration Square.

While proof of vaccination is not required to attend the ceremony, those in attendance must wear masks and practice social distancing.

Meanwhile, MiWay officials say Canadian Forces veterans and a companion can ride the transit buses in Mississauga for free on Remembrance Day. Veterans are asked to wear items such as uniforms and medals, or carry items that identify them as veterans to bus drivers.

MiWay drivers across the city will stop their buses for two minutes of silence at 11 a.m. on Thursday.

Wreath-laying ceremonies and moment of silence will be followed by refreshments at the Legion at each location.

As we mark #IndigenousVeteransDay, our Clock Tower at City Hall will be dimmed tonight to honour the First Nations, Métis and Inuit people who proudly served in Canada’s military to ensure we have the peace and freedoms we enjoy today. We thank them for all their sacrifices. pic.twitter.com/4xm1iFUdZY