The southeast corner of Mississauga, past Port Credit, is known as Lakeview. Originally, the area was home to the Mississaugas, an Aboriginal First Nation.

The land was first divided up for settlement by non-natives in 1806. After World War I, the community began to evolve into the suburban landscape of today.

The land south of Lakeshore Road, from Aviation Road to the Toronto border, played a role in Canada’s national defence. Lakeview was home to the Ontario Rifle Range from 1891 to 1957, training ground for Canada’s soldiers. The Curtiss Aviation School, Canada’s first aerodrome (airport), which housed the Royal Flying Corps in World War 1. In World War II, thousands of women were employed by Canada Small Arms Limited, a weapons factory. Seen here is a canteen building at the rifle ranges, in 1908. 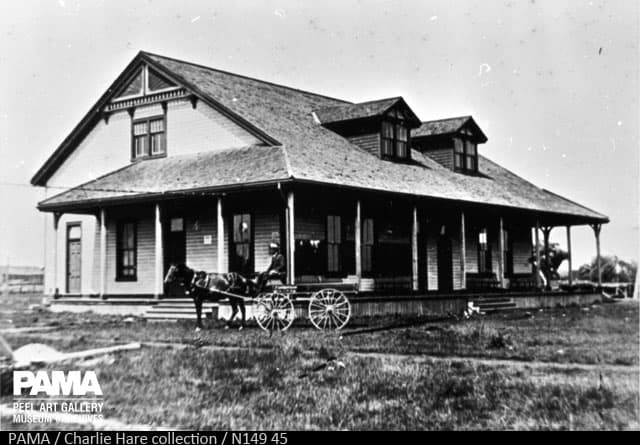 The rifle ranges were replaced by the coal-fired Lakeview Generating Station, beginning operation in 1962 and demolished in 2006.

That same land, reused for industrial purposes, is due to be redeveloped as a mixed-use area through the City’s Inspiration Lakeview plan, while another section, purchased by theToronto and Region Conservation Authority in 1992, will be a park. The TRCA’s section includes the historic Small Arms Building, built in 1910. 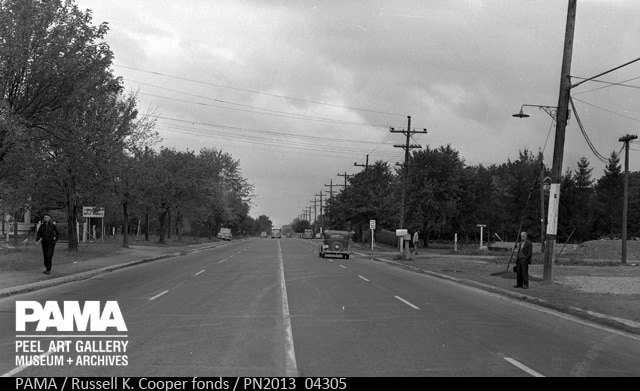 This photograph was taken on Lakeshore Road in 1949, looking west towards Meredith Avenue. Here’s a close up of part of the last image, giving you a better view of the TTC bus.

If you’ve been keeping up on the Hurontario-Main LRT line in the works, you might be surprised to learn that almost a century ago, Mississauga had light rail. The Toronto Transit Commission’s “radial lines” began operation in Lakeview in 1916. They offered residents a chance to easily commute to New Toronto (Islington and Lakeshore in Etobicoke), or even the downtown for work. Buses seating 20 replaced the radials in 1935. The TTC built a partial line to the Small Arms Munitions plant in 1939, tearing it up again in 1945, at the war’s end. 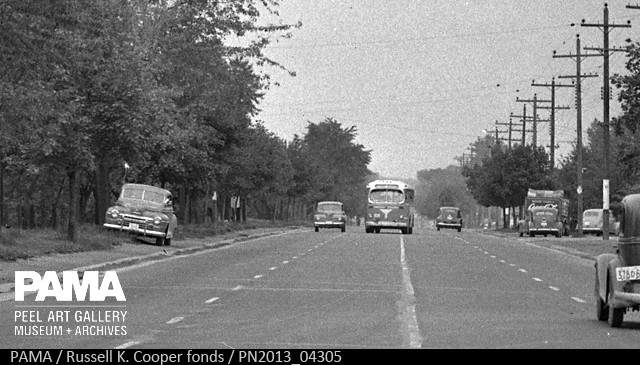 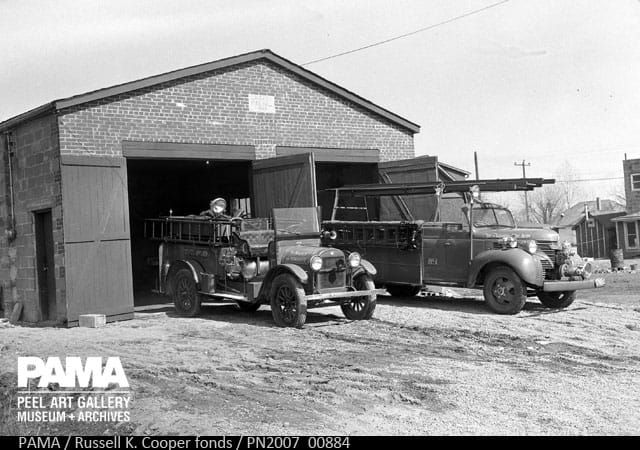 While this building may not look special, 811 Lakeshore Road was the “radial building”, where the cars would be stored at night.

This photo of one of the train crossings in Lakeview, as a “10 wheeler” steam locomotive goes by, in April 1949. 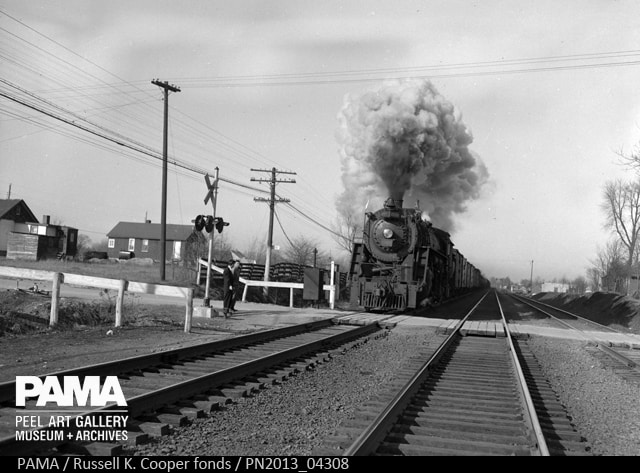 Not all train crossings are still “at level” in Lakeview. Here’s what Cawthra Road looked like in 1949, before the underpass. 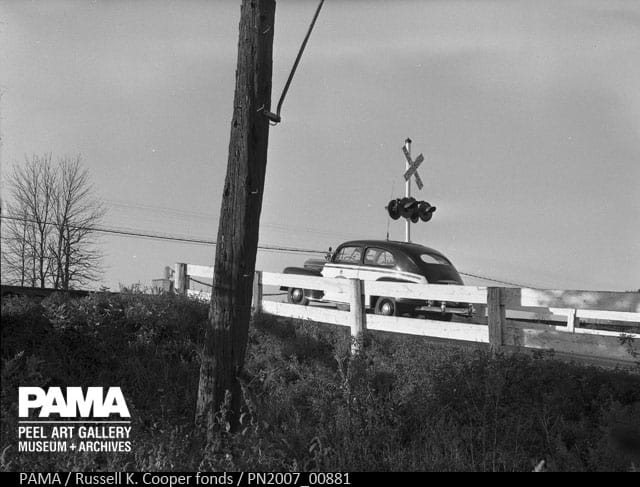 Heritage Mississauga has an article with more on the history of Lakeview, or pop by your branch of the Mississauga Library and read Verna Mae Weeks’ “Lakeview: More Than Just Land” (1990).

Do you have images of Mississauga that you’d like to share with Insauga readers? The Peel Archives would love to see them! Send them to [email protected] or drop by the archives to let us copy them or possibly add them to our permanent collection. While these images are all decades old, we collect images of Peel up to present day. The 1980s and 1990s are history, too!

The images in this photo story are in the collection of the Peel Art Gallery, Museum and Archives, at 9 Wellington Street East in downtown Brampton. Copyrights belong to their respective owners. Tuesday through Saturday, the Archives is open for public research, for free.