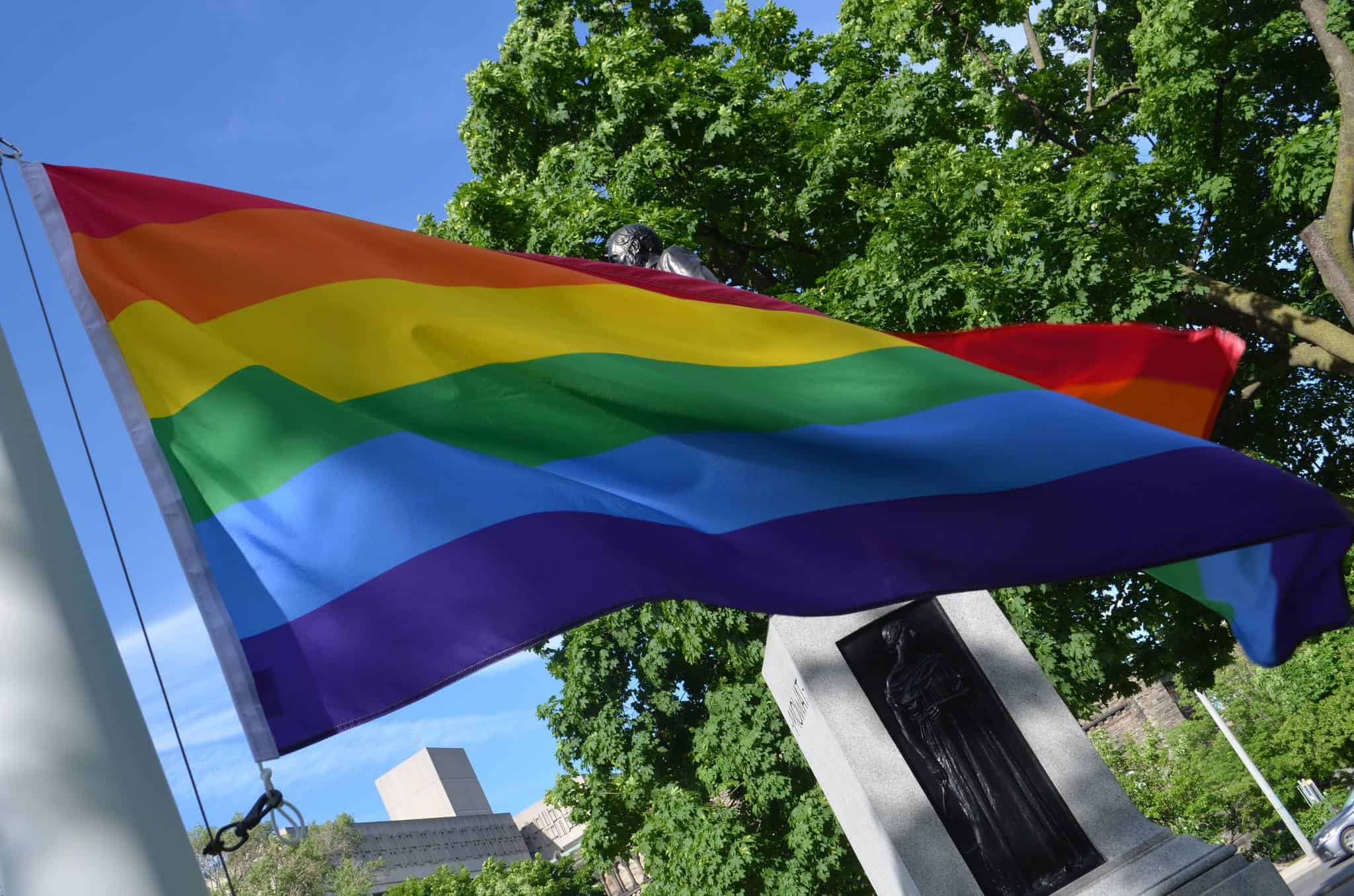 Nearly three months after a “hateful act of homophobia, transphobia and biphobia” shook their community, staff and students at Cawthra Park Secondary School raised the Pride flag this morning as pupils returned to class for the fall.

Officials at the south Mississauga school said the flag raising is both a show of support for students, staff, parents and caregivers, and community members who identify as members of the 2SLGBTQIA+ community, and a direct response to the burning of a Pride flag near the school in June.

Cawthra Park principal Tyler McLeod said the flag will fly for the rest of September.

“Flying the Pride flag not only signals that our school is a safe space for everyone, it also aligns with our guiding principles of inclusion, (and) our dedication to student and staff well-being…” said McLeod. “Our school is committed to supporting and celebrating the 2SLGBTQIA+ community throughout the year.”

Officials add that Cawthra Park’s support of the community aligns with the Peel District School Board’s commitment to anti-racism, anti-oppression and anti-discrimination.

The June incident was investigated by Peel Regional Police as a hate crime.

According to reports, two students filmed the flag burning and then sent it via social media to other students targeted because of their sexual orientation.

The school board and Cawthra Park administration at the time issued a joint statement condemning “this hateful act of homophobia, transphobia and biphobia.”

The statement continued: “We recognize the harm that actions like this cause our students, staff and families. Behaviour like this is unacceptable and will not be tolerated at Cawthra Park or at any school” within the Peel Board.

In immediate response to the incident, the school community launched a GoFundMe campaign and held a Pride solidarity rally. Money raised went to the school’s Queer-Student Alliance. If more than $1,500 was raised, it was to be shared with QSAs at other Peel Board schools.