Mississauga had the first female letter carrier in Ontario 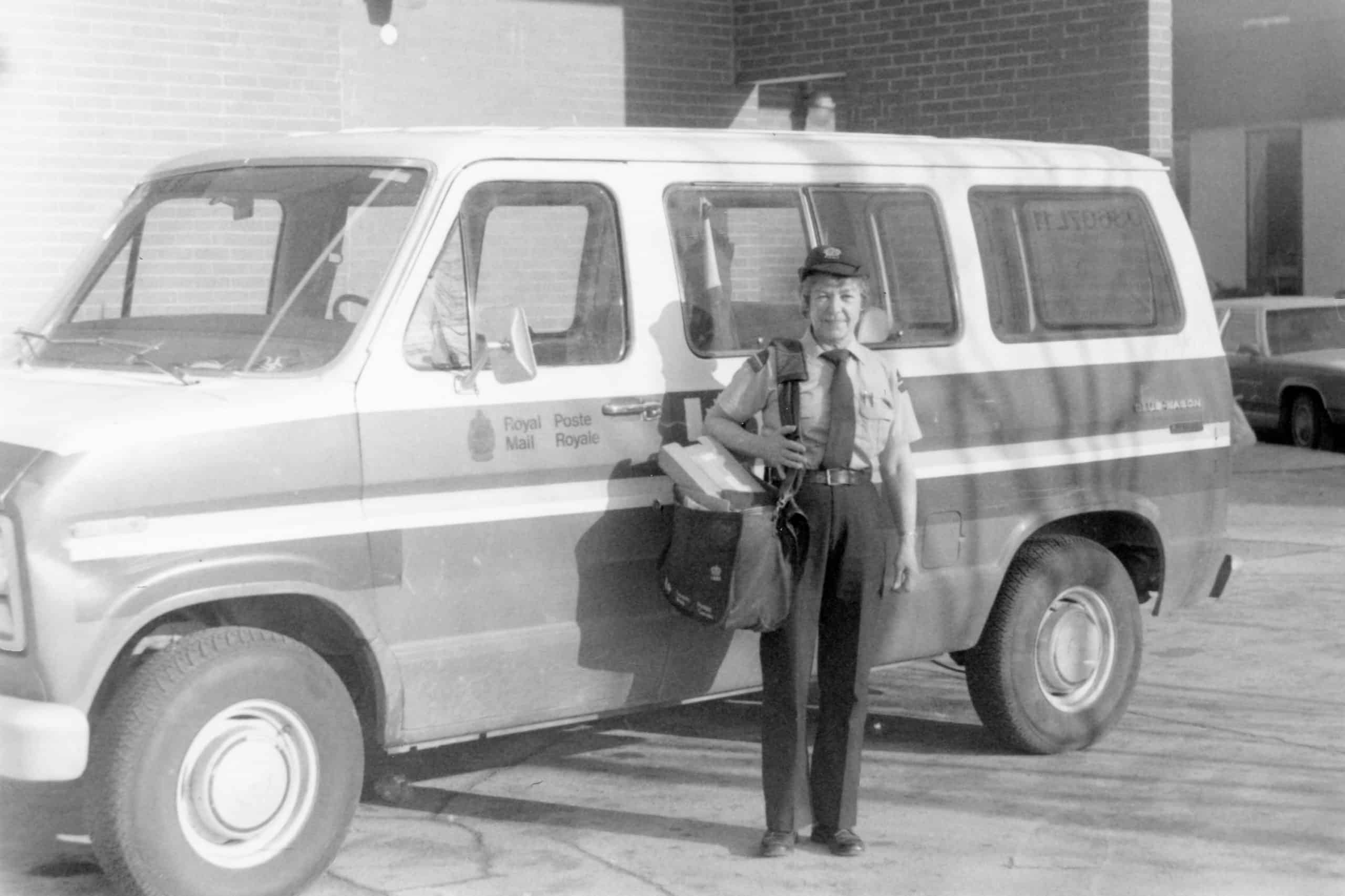 When Joyce May Firman started work as a letter carrier in Mississauga in 1967, her male co-workers thought she would last less than two weeks.

“They thought she was a bit of a joke — they put her on the toughest beat,” says Firman’s daughter Bonnie Heath.

The panel, a joint project from Heritage Mississauga and the City of Mississauga, is outside the former post office building at Lakeshore Rd. and Stavebank Rd. where Firman started her career. 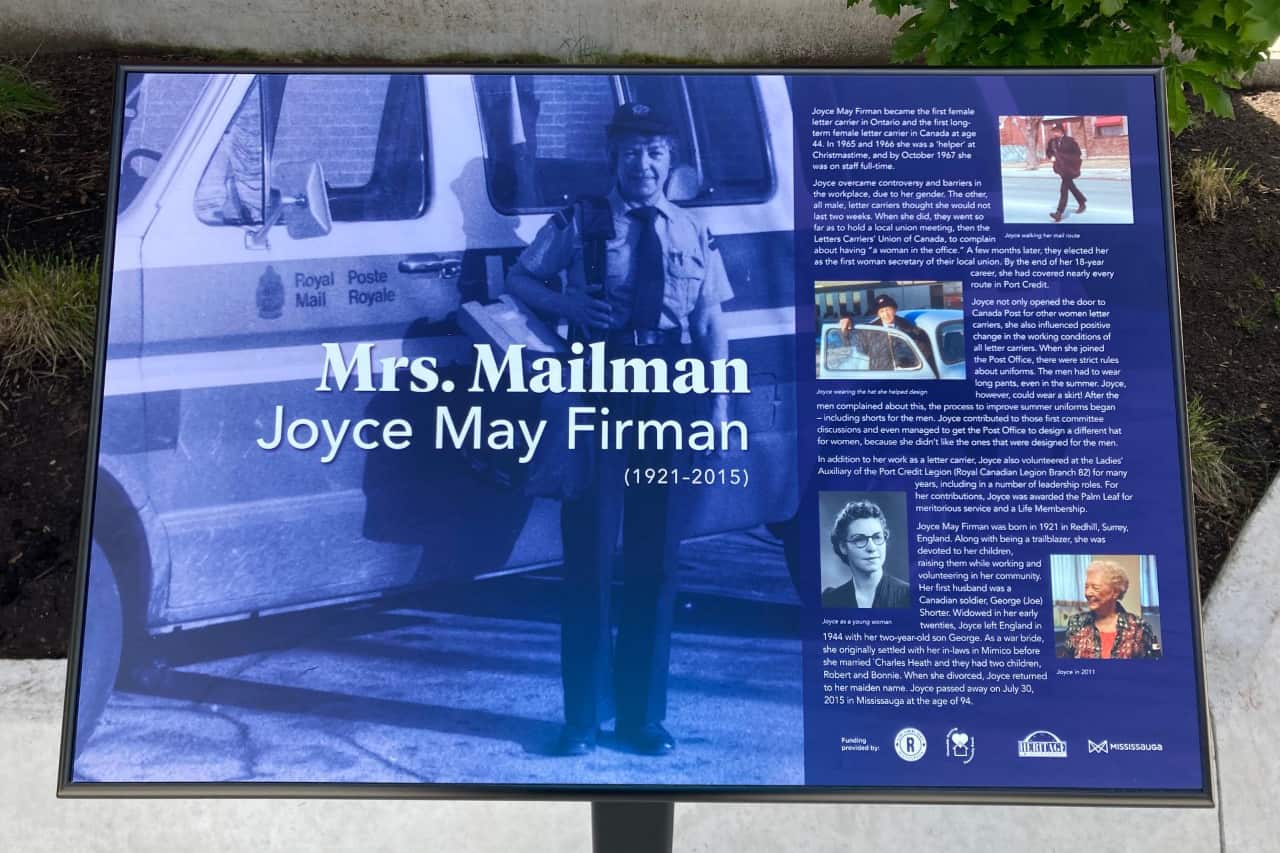 She didn’t give up

To the dismay of her male co-workers Firman made it past those tough first two weeks. She carried heavy loads and came home late, says Heath who was 12-years-old when her mother started work.

“She did find it difficult at first,” Heath says.

At the time, the post office building didn’t even have a women’s washroom.

“Women employees had to go across the street to a restaurant to a bathroom,” says Matthew Wilkinson, a historian with Heritage Mississauga.

When she kept working, Firman’s male co-workers complained at a union meeting about having “a woman in the office.” In a 1973 newspaper article, Firman said she heard this and thought about quitting, but decided to stay on to prove a point.

“After I had proved I could do the job without the help of any of them, they started to come around,” she said.

A few months later the local union elected her as the first woman secretary. 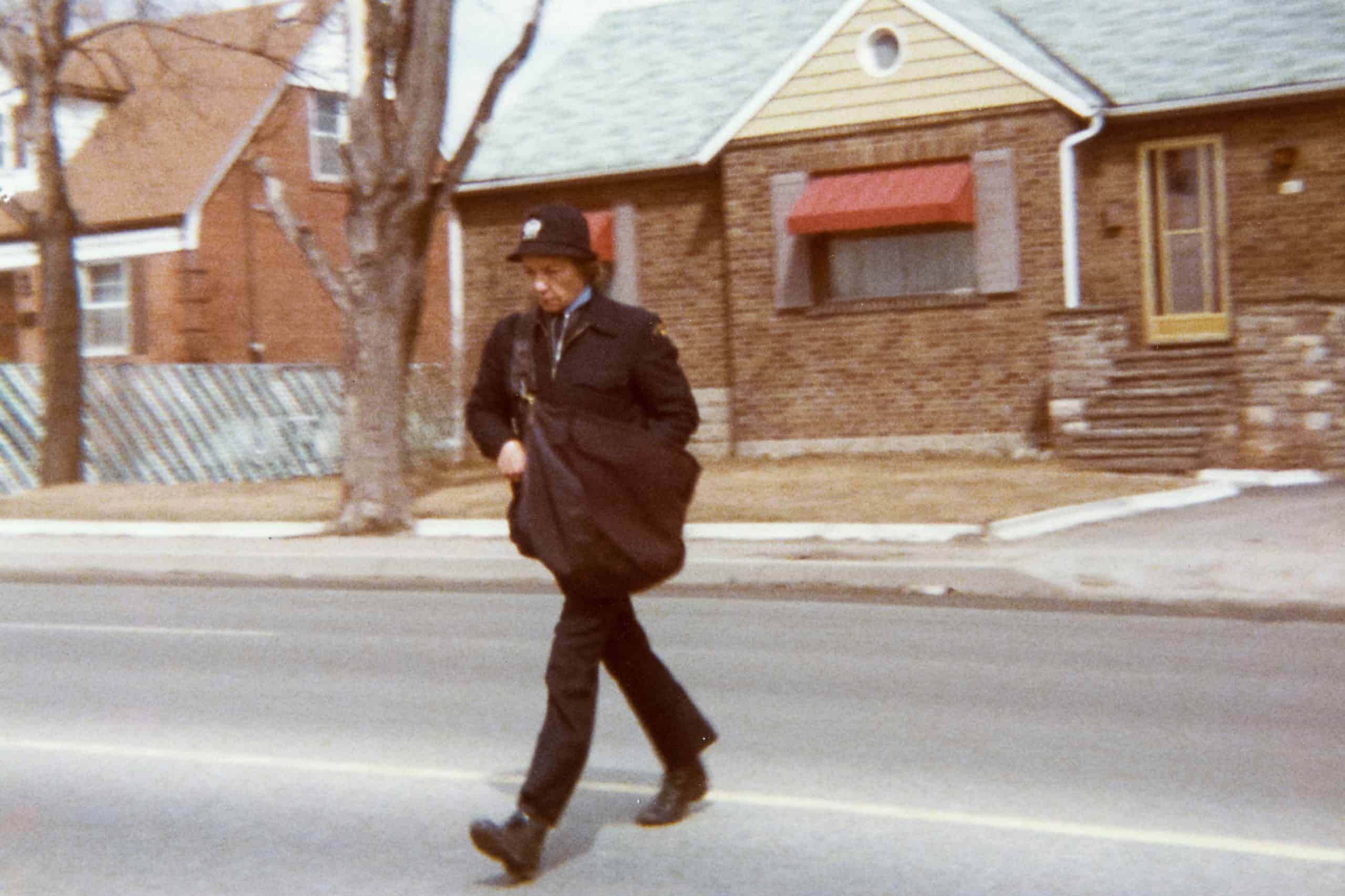 Women initially worked as letter carriers during the war years and over the busy Christmas season but they weren’t hired fulltime. Firman actually started as a temporary Christmas letter carrier in 1965 before landing the fulltime job two years later.

“She was a trailblazer,” says Wilkinson. “She broke into an industry that was dominated by men.”

At the time, women normally took office work but Firman said she couldn’t stand sitting around.

And the job suited her.

“She’d been an avid walker all her life,” Heath says. “So it was it was kind of a natural fit for her to become a letter carrier.”

As well, she said she had no problem carrying the mail bags which weighed about 30 lbs. for long periods of time even though it was tough on the legs at first.

But she loved the job. She chatted with people, and seniors would invite her in for tea while the children she met along the route called her “Mrs. Mailman”. 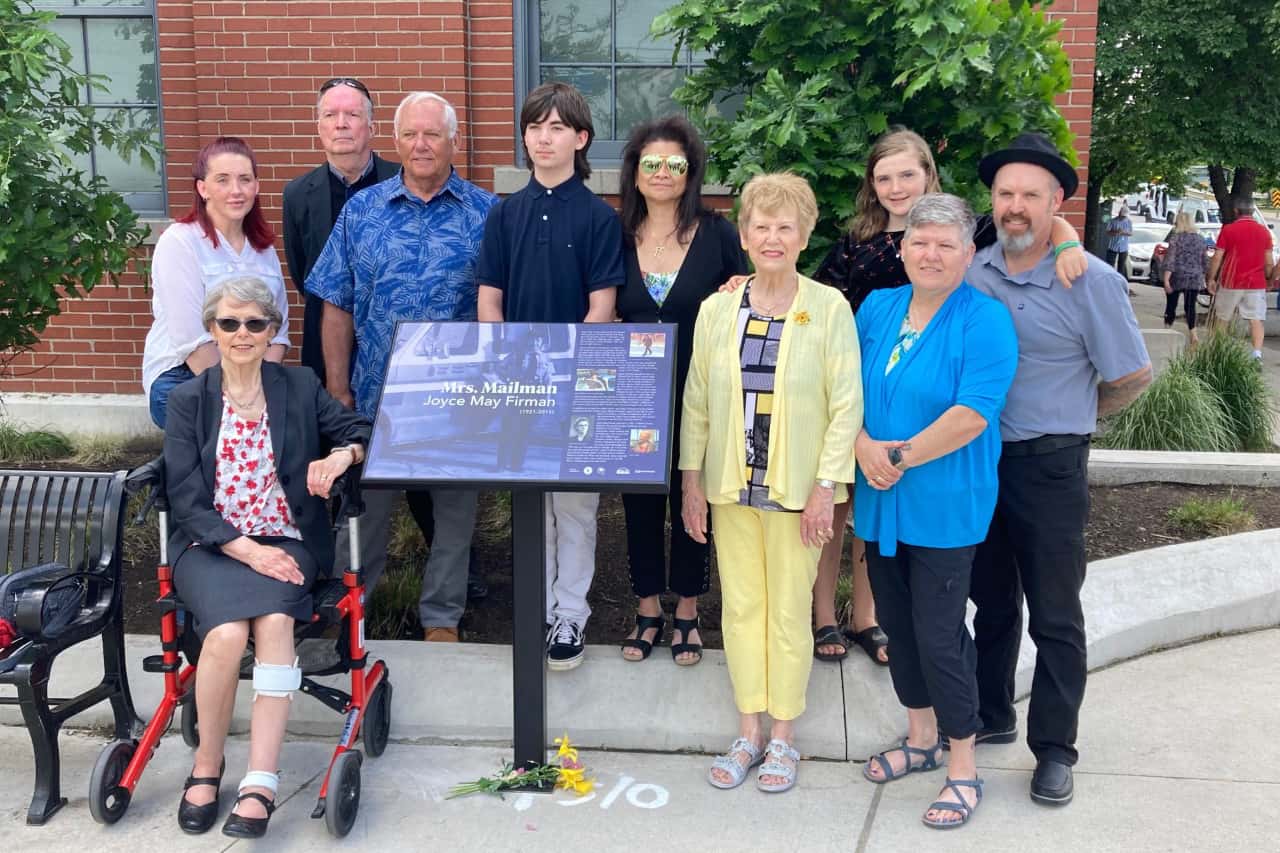 Firman also was an active volunteer with the Royal Canadian Legion Ladies’ Auxiliary in Port Credit. She was awarded the Palm Leaf for meritorious service.

Born in Surrey, England in 1921, Firman married a Canadian soldier but he died young. She and her son then settled with her in-laws in Mimico before later beginning a new life in Port Credit.

She stayed in Port Credit until her death in 2015 at the age of 94. After Firman died, the family wanted to find a way to remember her remarkable life.

“We thought it was quite an accomplishment to be the first woman letter carrier and we wanted people to know about it,” Heath says.

The family is also working on getting a laneway named after Firman and a postage stamp in her honour.