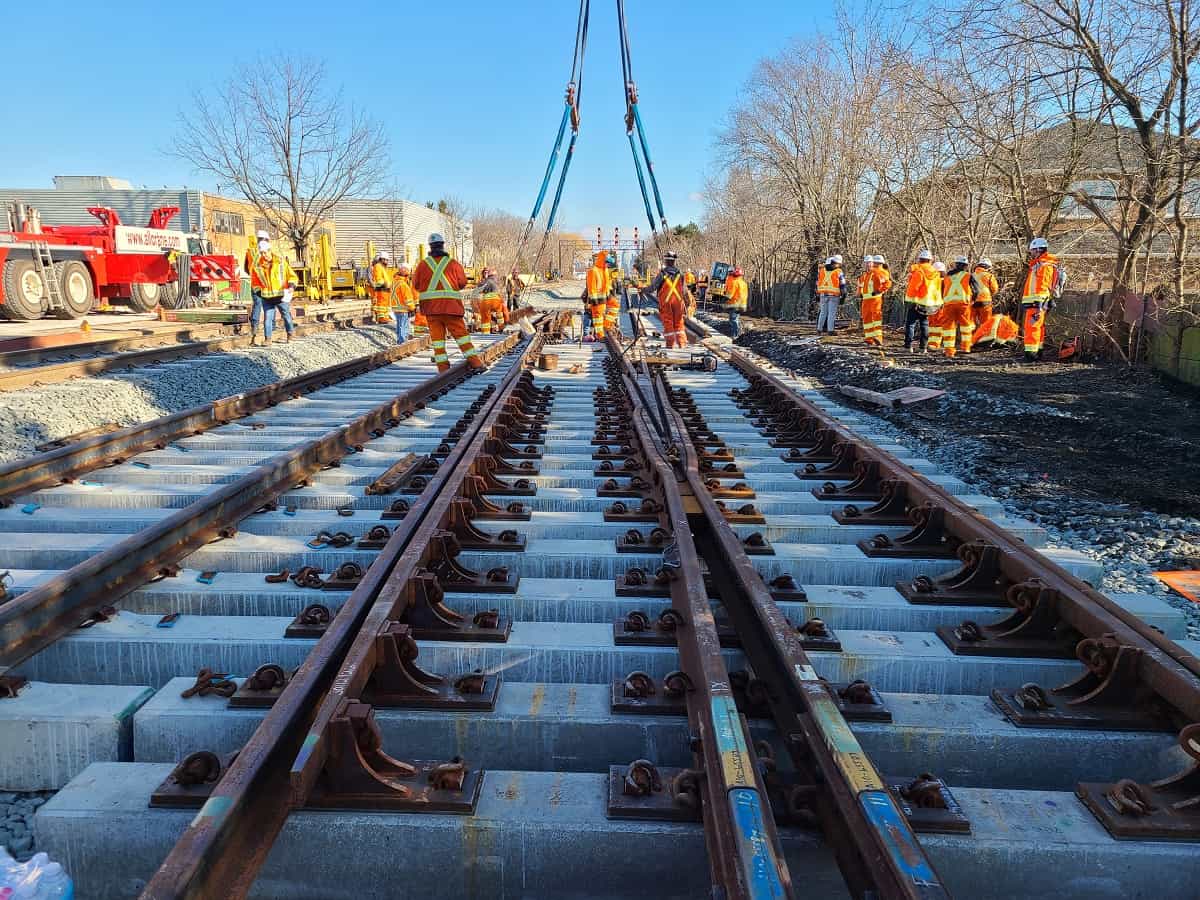 For the second consecutive weekend, GO train service in Mississauga will be largely shut down as work crews replace tracks on the Lakeshore West line.

However, two GO trains will be operating late this Saturday afternoon to get people downtown Toronto for the Toronto Maple Leafs/Pittsburgh Penguins game and other events. The first leaves Aldershot GO in Burlington at 4:55 p.m. and the second departs from West Harbour GO in Hamilton at 5:13 p.m., both making their regular Mississauga stops into Toronto.

To get people home Saturday night, two westbound trains to Hamilton will leave Union Station at 10:35 p.m. and 10:50 p.m.

Officials with Metrolinx, the agency that operates public transit in the Golden Horseshoe, say the service disruption starts first thing Saturday morning and continues throughout Sunday to allow work crews to replace older sections of track.

Officials note that GO train service to Niagara will be completely shut down for the weekend. People travelling between Niagara Falls and Burlington can connect with GO bus route 12.

GO train service between West Harbour and Oakville, in both directions, will run hourly throughout the weekend.

Metrolinx says buses will be available to take passengers from Oakville to Union Station, with stops in between at Clarkson and Port Credit, and then back home again making the same stops.