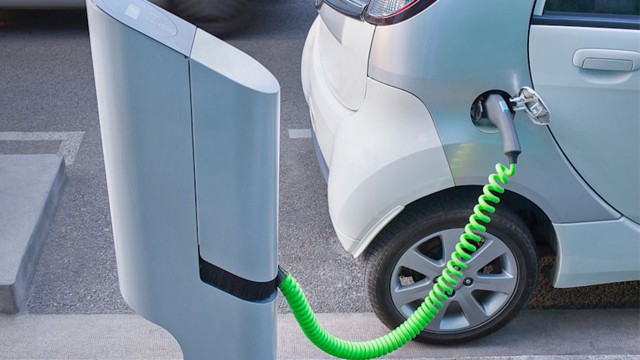 Yesterday, the City of Mississauga sent out a press release that said Mayor Bonnie Crombie would be making an announcement with Transportation Minister Steven Del Duca today at 11:30 a.m.

It didn’t say anything else.

We waited in suspense all night long.

Today, Crombie appeared with Del Duca at Mississauga-based company KSI (Koben Systems Inc.) to announce a $20 million provincial investment into the expansion of electric vehicle charging stations throughout the province. On her Facebook page, Crombie added that Mississauga would be the recipient of some of the new stations.

Currently, Mississauga boasts 163 EV stations and should expect “many more” in lieu of today’s announcement.

If you have (or want) an EV, this is exciting news — more so if you often find yourself fretting about a lack of action on solid climate change solutions.

What do you think, Mississauga? Will this seal the deal when it comes time to purchase your next car? Has that Chevy Volt been calling your name for too long?

It’s been calling mine. But I’ve been too poor and have had to settle for a Cruze.