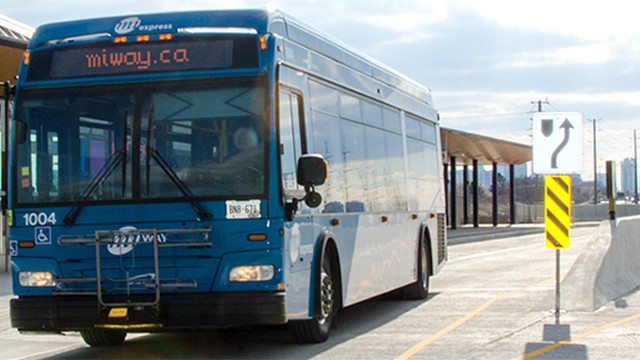 About a year ago, Mississauga elected a full slate of Liberals to Ottawa. Our premier, Kathleen Wynne, enthusiastically endorsed Justin Trudeau for prime minister at great political risk to herself. Well, the chickens are coming home to roost in a positive way and it seems the benefits of electing Liberals in Mississauga in last year’s federal election are finally making themselves known.

According to this article from the Mississauga News, the bilateral transit funding announcement that Wynne and Trudeau made this week in Barrie means that Mississauga can expect about $59 million out of the $1.59 billion in new money being spent on public transit in Ontario.

The city has said that while they currently cannot specify specific projects that the money is going to be allocated to, they are expecting to put forward a number of transit initiatives as well as pedestrian and cycling projects. That could be a good sign for all those special consultations being started up in various areas of Mississauga (Dundas St, Lakeshore, etc.) in terms of looking at boosting cycling and pedestrian infrastructure.

From our own mayor: “Let me reiterate once again how encouraged I am that the Trudeau government has committed to investing bold and unprecedented funding to support Canadian cities, like Mississauga,” said Mayor Bonnie Crombie.

One thing that gets nary a mention is that Mayor Crombie is really adopting a profile as a regional municipal politician. What I mean by that is, unlike mayors before her who governed at a time when it was more important to boast solely about your own city, she has looked at how to go about doing that using a wider regional lens. As in, what’s good for Barrie, Toronto, or other cities around the GTA is also good for Mississauga.

Personally, if there is one infrastructure project that I think the federal money should be applied to, it’s The Missing Link I recently wrote about. I have stated before, and I’ll state it again: the federal government should be the majority funder, if not then a major funder, of this project and it looks like they may need more convincing from our local and regional officials. Unfortunately as of this time, the federal government has not slated any money specifically for that project, as you can see from its press release listing all the projects it is funding.

There is something promising about this. While most of these projects were focused on enhancing and improving existing infrastructure, Mississauga not being on the list could be an indication that the city is doing a phenomenal job paying for its own infrastructure upgrades, so any federal money down the road would only be allocated for new things. Judging from my current daily commute from central to north Mississauga with all the construction going on, Mississauga may be good for paying for its own infrastructure upgrades.