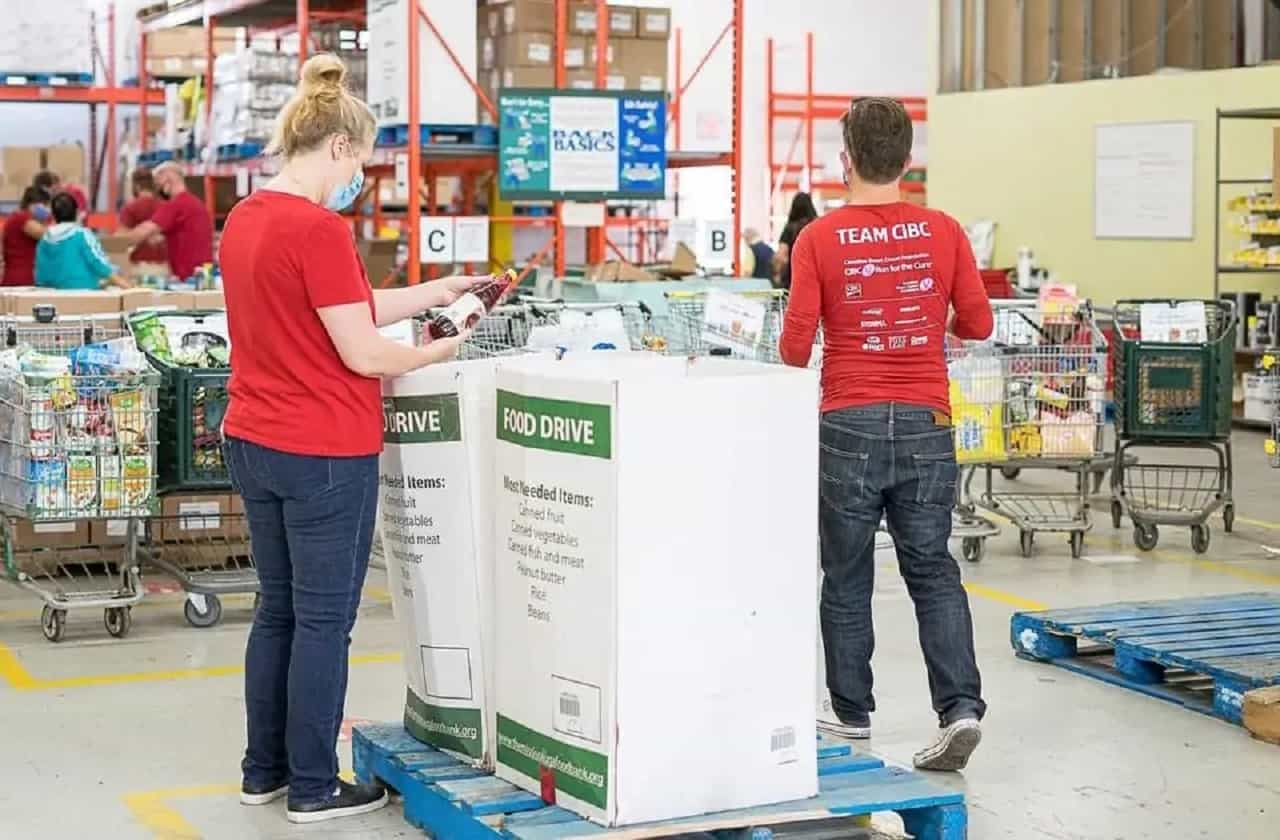 The Mississauga Food Bank has doubled the amount of food distributed during the pandemic. It's pushing now for more lasting solutions.

The Mississauga Food Bank has doubled the amount of food it distributes during the COVID-19 pandemic, which shines a light on a much larger problem, officials there say.

Food bank CEO Meghan Nicholls said the numbers are definitely no reason to celebrate, “…as a rise in food bank use points to a larger systemic issue that needs to be addressed by policy change.”

She added that action must be taken immediately to help those most in need.
“Food banks were created 40 years ago to deal with an immediate need, but never intended to pull people out of poverty,” said Nicholls. “As we move towards the road to recovery, those living closest to the poverty line face additional challenges, and we must act now.”

The renewed call for more meaningful solutions comes as the food bank released its annual Face of Hunger Impact Report, which, among other things, details the expansion of operations during the peak of the pandemic and the efforts to feed nearly 26,000 people, some 7,000 of them first-time food bank users.

This year, beyond the facts and figures in that report, noted Nicholls, the organization is also sharing proposed changes to policy that would address and “decrease the alarming level of food insecurity in Mississauga.”

Specifically, the focus is on protection for low-income renters, a minimum income floor, affordable early learning and childcare, and food justice and racial equity.

Nicholls said that with a federal election looming, it’s crucial now to advocate even more for people living in poverty. This week, The Mississauga Food Bank hosted three sessions across its network, in partnership with Toronto-based advocacy group Democratic Engagement Exchange, where food bank clients were encouraged to share issues that matter most to them, get familiar with the voting process and receive information on when, where and how to vote in the Sept. 20 election.

In the coming weeks, the food bank will also ask volunteers to discuss housing with food bank users across the city. Nicholls said clients will be urged to answer the question: “How will access to affordable housing change your life?”

They can answer the question on the back of postcards that will be sent directly to local MPPs.

“This campaign connects MPPs with their constituents and calls on them to build more social and supportive housing,” said Nicholls.

More information on affordable housing and how it impacts people is available in the Face of Hunger Impact Report, which can be accessed via the food bank’s website.

The Mississauga Food Bank is the central food bank in the city. Through its network of more than 50 agencies, the food bank distributes food for almost five million meals each year to vulnerable children, seniors and others.