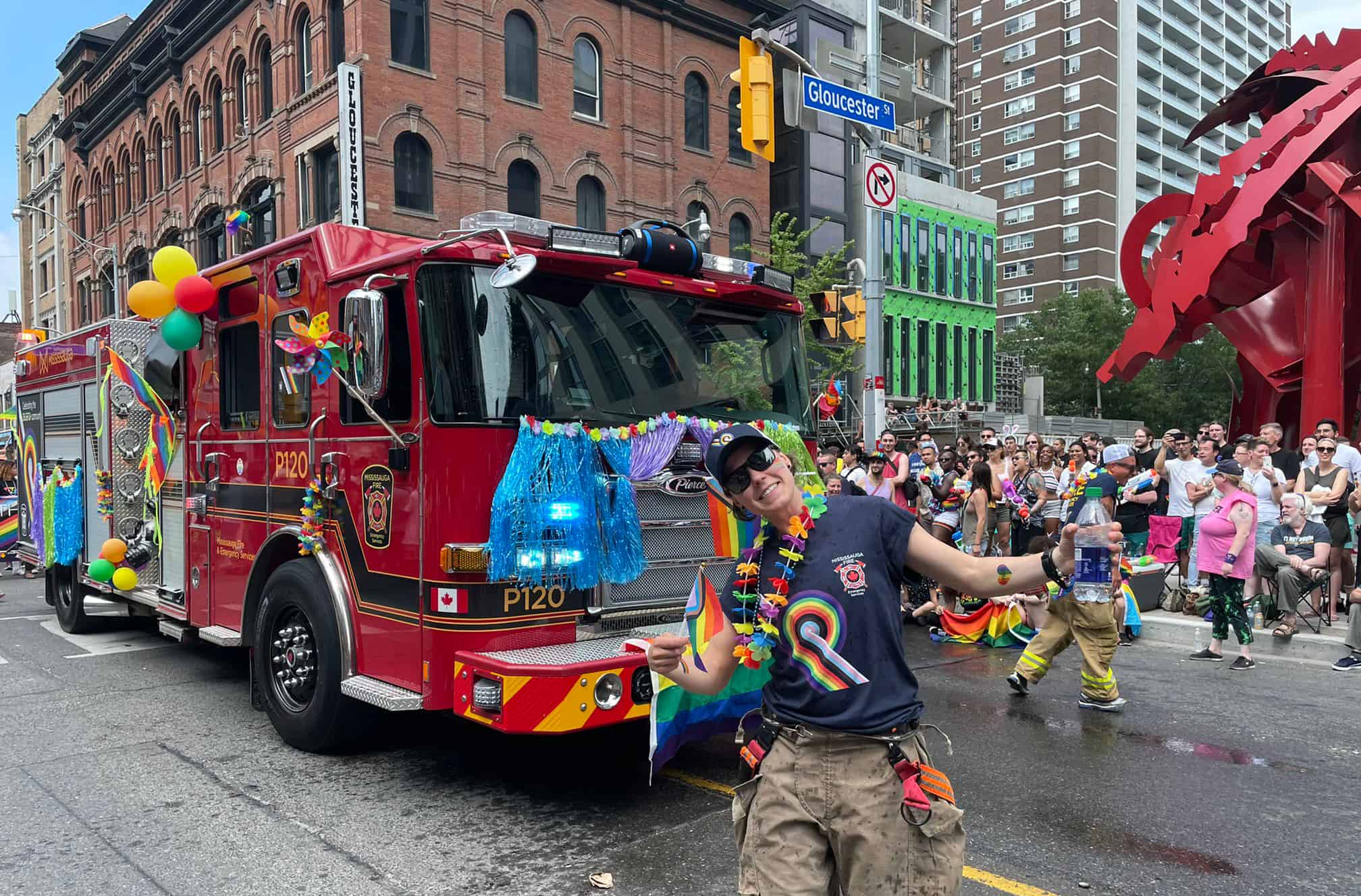 Mississauga Fire and Emergency Services joined thousands of revellers in the Toronto Pride Parade this past weekend..

While some firefighters joined the parade with other Ontario firefighters in the past, this was the first time Mississauga brought a full crew along with a truck.

Fire Chief Deryn Rizzi wanted to show the service’s commitment to inclusivity and diversity both within the fire department and in the community.

“Mississauga Fire is marching in the Pride Parade to show the world we’re allies and that the fire service is an open, inclusive and accepting place for everyone, including those in the 2SLGBTQ+ community,” Rizzi said last week.

A few photos of our contingent at todays’ #Pride parade. A big thank you to all who supported. #PrideTO pic.twitter.com/x4sifsgHU0

The fire truck, decorated with rainbow pinwheels and flags, travelled the parade route through Toronto on Sunday (June 26). District Chief Mark Train was one of about 17 firefighters, along with family members, wearing colourful lays and specially-made pride shirts for the parade.

Train said it was his third Pride Parade and he thinks it is important for the fire service to attend.

“I consider myself an ally, in my own case, but I have many friends and who are part of the 2SLGBTQ+ community,” said Train. “And I think what we needed to do, and we really did it, was promote that there’s positive space in Mississauga and a positive space for people in general. And just to show that and to be inclusive and bring everybody together.”

He said to have a Mississauga contingent at the parade was special.

“We were identifying as Mississauga firefighters,” said Train. “We are the group here that wants to be inclusive that wants to help everyone celebrate.” 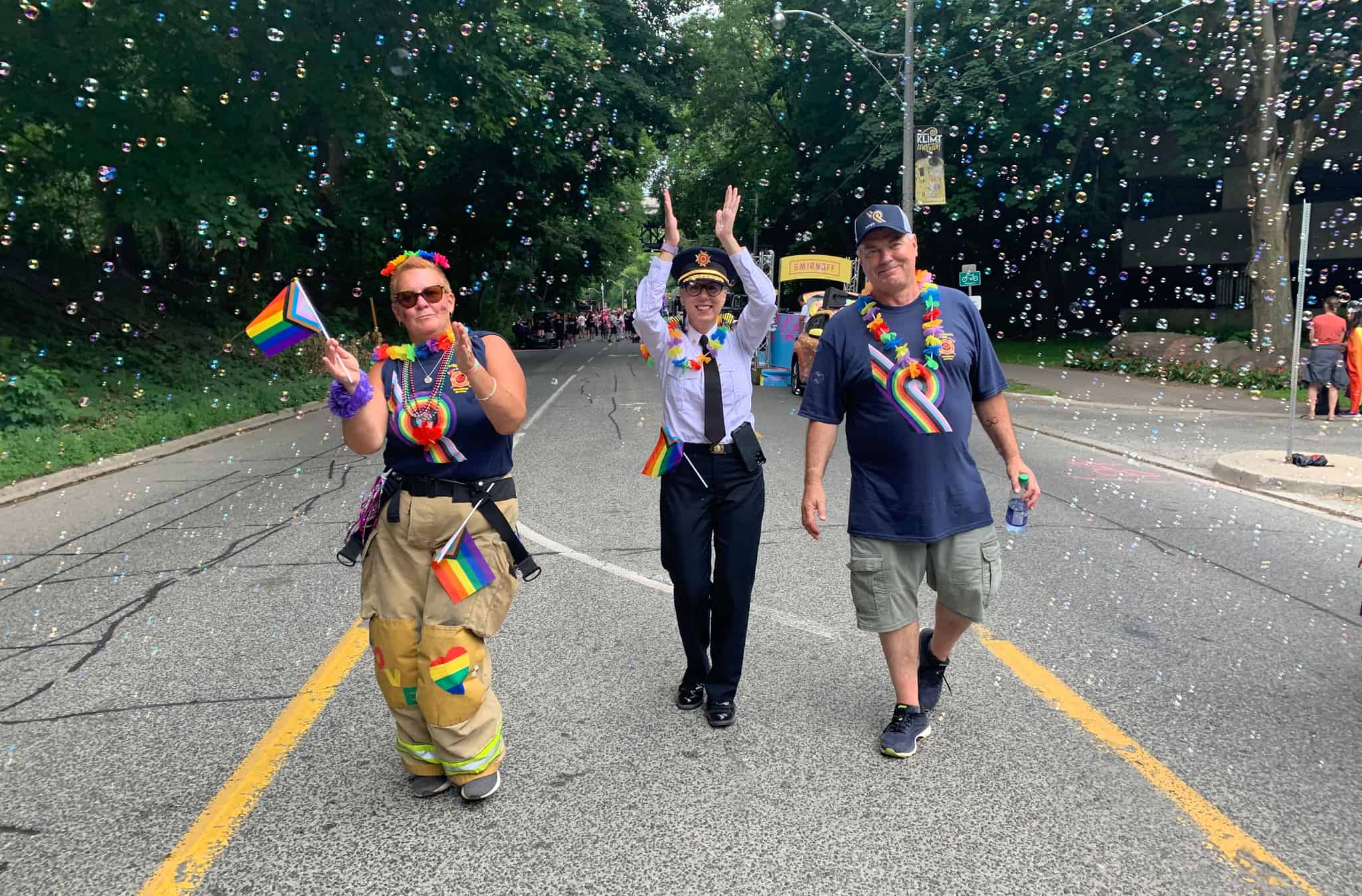 Train said the experience was awesome with huge crowds happy to back after two years away.

“We just have fun, and we bring the crowds along with us and they have fun with us.” 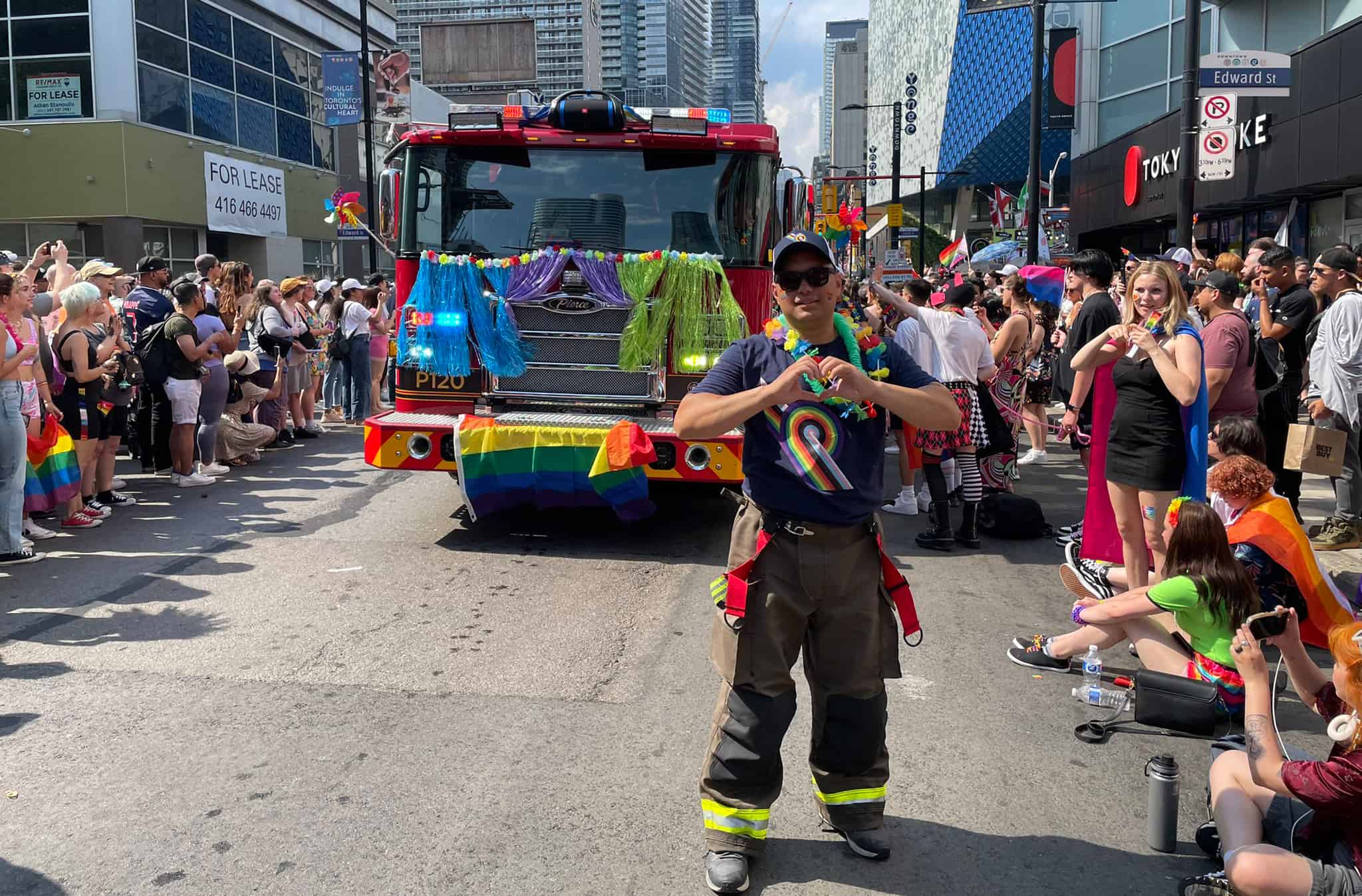 They shouted “Happy Pride”. Some attendees had water guns that they pointed at firefighters.

Train said he plans to back next year and hopes even more firefighters will join the parade.

“What it really means for us is in that positive space — we can have more people talking about it for next time.”