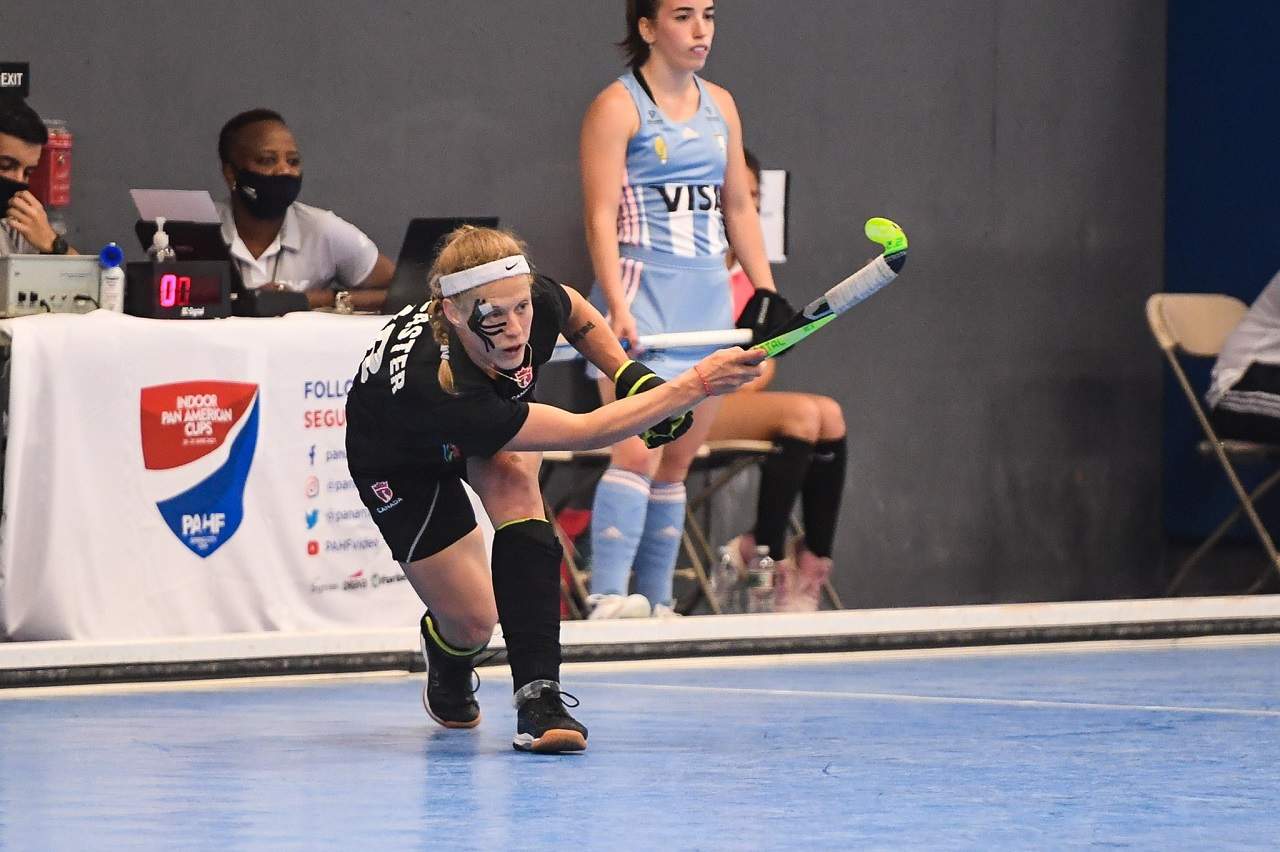 Angela Lancaster’s career and her sports passion have at least one thing in common—both ask that she work as hard as she can to prevent bad things from happening.

The stakes are much higher on the job for Lancaster, a Mississauga firefighter. But she takes her role as a defender with Field Hockey Canada’s National Indoor Women’s team seriously as well.

Lancaster, one of many key veterans on the Canadian squad, and her teammates are getting ready for the 2022 Women’s FIH Indoor Hockey World Cup, taking place Feb. 2-6 in Liege, Belgium. The FIH, based in Switzerland, is the international governing body of field hockey and indoor field hockey.

The tournament, moved from its original February 2021 date due to the COVID-19 pandemic, features 12 teams competing in two divisions.

Canada is in Pool A with the United States, Czech Republic, Germany, Kazakhstan and Ukraine. Pool B features Austria, Belarus, Belgium, Namibia, Netherlands and South Africa.

Congratulations to Firefighter Lancaster, a member of Field Hockey Canada’s Indoor Women’s National Team, who has earned a bid to the 2022 Indoor World Cup in Belgium. pic.twitter.com/DZb16KpXyv

Canada and South Africa replaced Australia and New Zealand, which recently withdrew from the tournament due to COVID-19-related travel restrictions.

A 13-year national level veteran, Lancaster was disappointed when the 2020 Pan American Indoor Tournament was cancelled due to the pandemic just two weeks before it was scheduled to begin. She said she had spent three years preparing for that tourney.

Now, her sights are set squarely on Belgium. And she plans to be ready.

Lancaster says she used down time during the pandemic to keep herself in top shape, both mentally and physically.