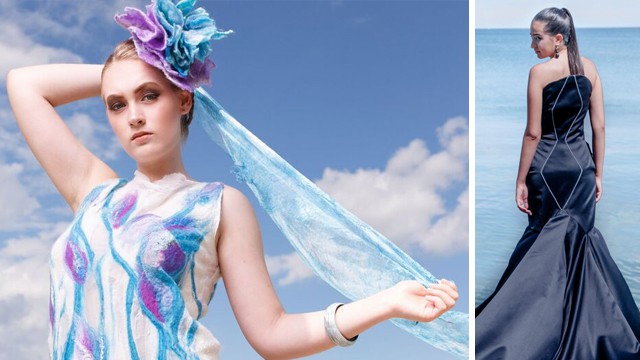 If you’re a big fashion aficionado, you are in luck. The city is getting its first ever fashion week.

Mississauga Fashion Week (MFWK) will kick off with a press conference tomorrow (July 28) at &Company Resto Bar at 7 p.m. and more fashion festivities will start on Aug. 2 and run until Aug. 6.

Although this is Mississauga’s first ever MFWK, it’s actually not its first ever MFWK event. Late last year, organizers introduced the concept to city residents and officials with the chic and well attended Mississauga International Fashion Affair (MIFA). The launch event took place in the C Banquet space in City Hall and showcased a diverse selection of pieces by GTA-based and international designers (many of them from Mississauga).

When we spoke last year, Kulsoom Sayed, managing director of MFWK, said that the events (MIFA and WFWK) were designed to draw attention to local talent and the city itself.

“We’ve never had a [fashion event] in Mississauga. We saw that every other city had one, including Hamilton. The Absolute towers are a great landmark and the city has so much diversity. We want people to come together and do one thing together. We want to bring the limelight to our city. When people [from Mississauga] are asked, they say they’re from Toronto. We want to put Mississauga on the map and bring awareness to the city. When we had pre-event parties downtown, people were surprised that we do these things in the suburbs. We’re missing something like this. It brings people together.”

Now that the week is finally upon us, there are a few more events and activities to look forward to.

On Aug. 2 and 3, fashion week attendees will be invited to attend workshops on runway coaching and fashion photography and health and beauty. The Aug. 2 workshop on runway coaching will be run by Kim Hazen, CEO and founder of Mahistrado Fashions. Guests can also attend a fashion photography workshop on Aug. 2 and a health and beauty event on Aug. 3.

“All models are welcome to join [at the workshops],” Sayed says. “We want everyone to feel included at MFWK and give people a chance to polish their skills.

Guests can attend the workshops free of charge. The Aug. 2 presentations will take place at 1500 Watersedge Road and the location for the Aug. 3 event will be announced soon.

On Aug. 4, attendees can check out the Fashion Insight panel at &Co. The keynote speakers for the event include Mesha Toor, an international actress, fashion model and top modelling coach, acclaimed Mississauga-based designer David Dixon and Golam Ahmed Khan, founder of Fabrikite (a Toronto-based garment and clothing manufacturer). The MWFK deisgners will also be highlighted and will get a chance to speak about their brands and designs

On Aug. 5, there will be an event centered on the concept of hair and makeup as art. The more artistically-themed event will also work to promote mental illness awareness, as models in the industry — one that’s known for pressure and competition — can be vulnerable to emotional and psychological distress.

“There will be confirmation of what models go through and the impact on mental health,” Sayed says. “It’s [mental health distress] is all happening behind the scenes, so we want to bring some spotlight on that. It’ll be a showcase of artwork, so fashion meets art. That will be at &Co as well.”

The focus on a pertinent social issue comes as no surprise, as the event is being held in partnership with Beauty Against Brutality, an organization that — according to its website — utilizes “Fashion, Media & Entertainment Industry to bring limelight to the causes which SPEAKs OUT to amplify the weak VOICES for HELP and Magnify the IMAGE of people in need.”

On Aug. 6, there will be a runway show at the C Banquet space in City Hall.

“All 17 designers will display their work,” she says.

As for designers, the show is attracting talent from both within and outside the city. Some Mississauga-based designers include Chavez, Rosario Design, Damassia and Coral Coast.

The final runway show will be one of the few events not held at &Co, one of the event’s main sponsors.

“&Co is great,” Sayed says. “They’ve worked to accommodate us in every way possible.”

Guests who attend events held at &Co will be able to order food and drinks off the venue’s regular menu.

As for whether or not MFWK is the start of something big in Mississauga, Sayed is happy with the response the event has gotten both in and outside of the city.

“We have people in the fashion industry from all over the GTA interested; we’re getting a lot of inquiries. It’s an even that’s open to all and the platform is good for everyone. Mississauga-based designers can get more of a following, but everyone is welcome and we want to be accessible to everyone and promote Canadian talent. We’re providing a platform for Canadian artists.”

As for designers, here’s a complete list of who to check out during the week-long event.