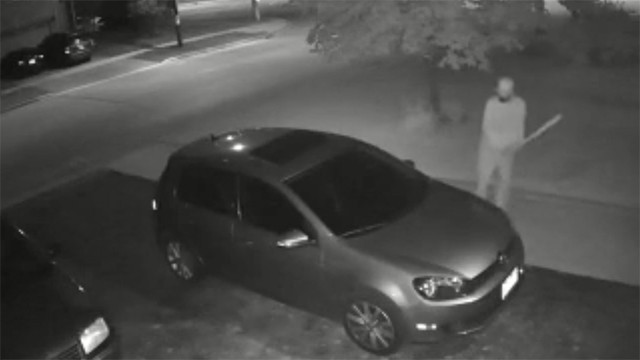 Peel Regional Police are searching for suspects after a Mississauga family’s home and vehicles were brazenly vandalized on Saturday morning.

The suspects and part of the vandalism were caught on video through the family’s security cameras in the area of McLaughlin and Courtneypark in Mississauga on Saturday, June 10.

Police received a call at 4:46 a.m. after the family woke up to their two vehicles, garage windows, and one surveillance camera lens smashed.

One male noticed one of the cameras and attempted to disguise himself by pulling his shirt over his head.

The suspects allegedly used a mini axe, a stick, a shovel, and a bat to vandalize the property.

Police are currently searching for the five young males. Anyone with information should contact police at (905) 453-3311.

breaking3 from insauga on Vimeo.