Sometimes, something positive can come out of something profoundly tragic—and that positive thing can bring not just a family, but perhaps an entire community, together.

A few years ago, tragedy struck the Ackerman family when they found out their second child, Natalia, had died in utero six months into Gisselle Hemmings' pregnancy.

"Natalia, our second child, was a stillborn," says Matt Ackerman. "We lost her at six months into the pregnancy and of all days for it to happen, it was on my wife’s birthday."

While the tragedy rocked the growing family, the couple—along with their two other children—decided to honor of Natalia by creating a family-owned and run clothing line. 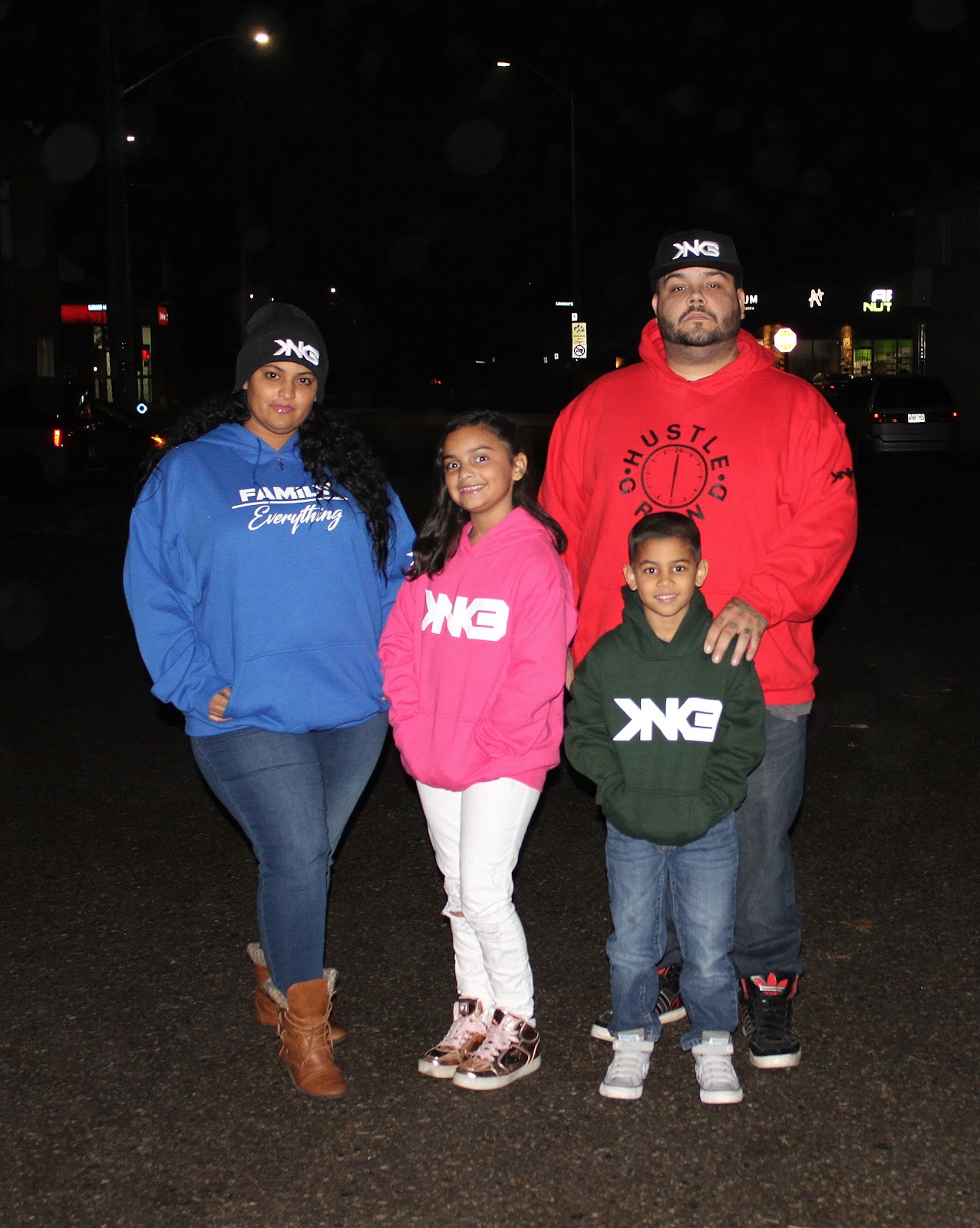 The family, which has almost always called Mississauga home, only came up with the idea for the company a few weeks ago, but they're already hard at work promoting their brand on social media and getting the word out.

"We came up with the idea about a month ago," says Ackerman. "I wanted to do something where we could work for ourselves and I was thinking, 'why not a clothing line?' My wife was good with it, and so were my kids. It was more my wife's idea to get into the fashion part. It was my idea to start a family business, and her idea to start in fashion."

Beyond providing casual gear for men, women and children, the clothing line will also be used to raise funds for SickKids Hospital in Toronto. 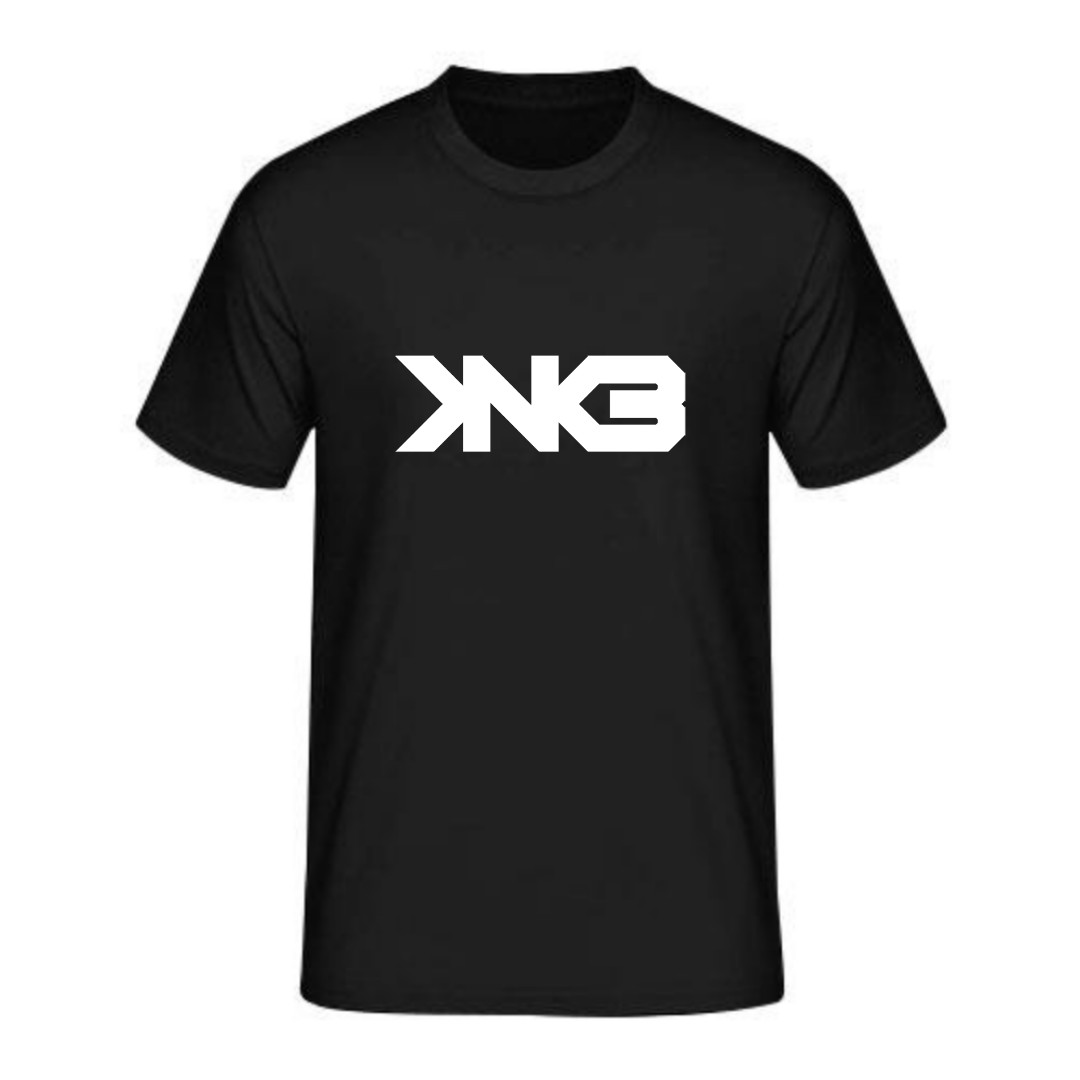 "It was Kalisa's idea to raise funds for SickKids," say Ackerman. "She said that we should try to do something nice for people. SickKids has been good to our family. My brother is 30 now, and he had to go there when he was a kid."

The family has been working hard to raise awareness of their project.

"We have a pretty good plan set in place and now it's time to execute. We launched for pre-sales about a month ago and we've made sales. The kids are in charge of coming up with designs for the children's clothes."

Ackerman says the kids will be fully involved in all decision making. As far as the charitable component goes, Ackerman says 20 per cent of all profits will be donated to the SickKids Foundation.

"We decided to do this because children are our future, no child deserves to suffer and the SickKids Foundation deserves all the help they can get to hopefully end childhood diseases."

Ackerman says his kids are already seeing the value of hard work and what it takes to get people interested in your projects.

"We all drove together to bring a hoodie to a friend who bought one, because we want to instill good work ethic in them."

So, what kind of clothing does KNK3 offer? 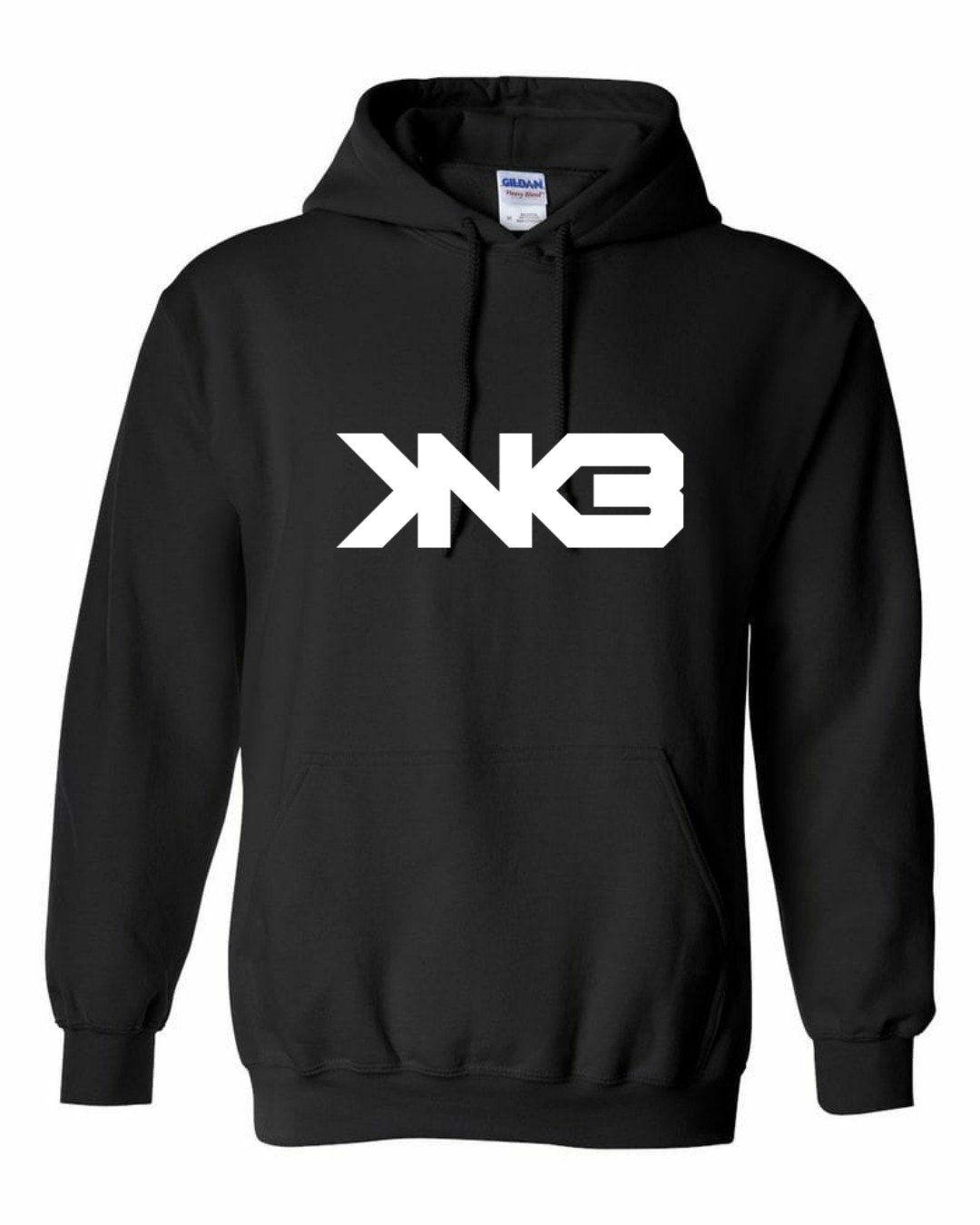 "For now, we're going to start with t-shirts, women's v-neck tops, hoodies, sweatpants, snapbacks, toques. Eventually, once we get out there and start building more of a following, we'll like branch out into other things for sure," says Ackerman.

"We're launching now when winter is approaching, so when I told people hoodies were available, we sold 18 in one week."

The products feature the KNK3 branding, and clothing items are available in a number of different colours.

"We have our logo," says Ackerman. "I found a place in Mississauga [that produces the clothing], so I'm keeping our business in Mississauga. I give him the designs and tell him the sizes and colour scheme and he gets it's done. Doing it ourselves is also a possibility in the future."

Ackerman says that he and his daughter are doing a lot of the logo and design work.

"I've never had any formal training, but I've always been an artistic person. I think of little ideas in my head and I've been sketching them. My daughter has the artistic side from me and she's doing the kid's stuff. Kids stuff is going to be more colourful and flashy, while the adult stuff will be more urban."

Ackerman also says there will be something for shoppers of all ages and sizes.

"We're going to do clothes for newborns and up to 5XL for adults," he says. "A lot of bigger people have issues finding clothes, so why not help those people find good clothes?"

Ackerman also says his family is open to anything when it comes to getting their products out to shoppers.

"We'll probably do a little bit of everything, I have friends who have brick and mortar businesses, so we might do pop-ups in those places. Maybe we'll go downtown to Yonge & Dundas Square. The world is going more towards internet and social media to build businesses, but the old school way is to bring your business to the world. We're going to do both e-commerce and in-person," he says. 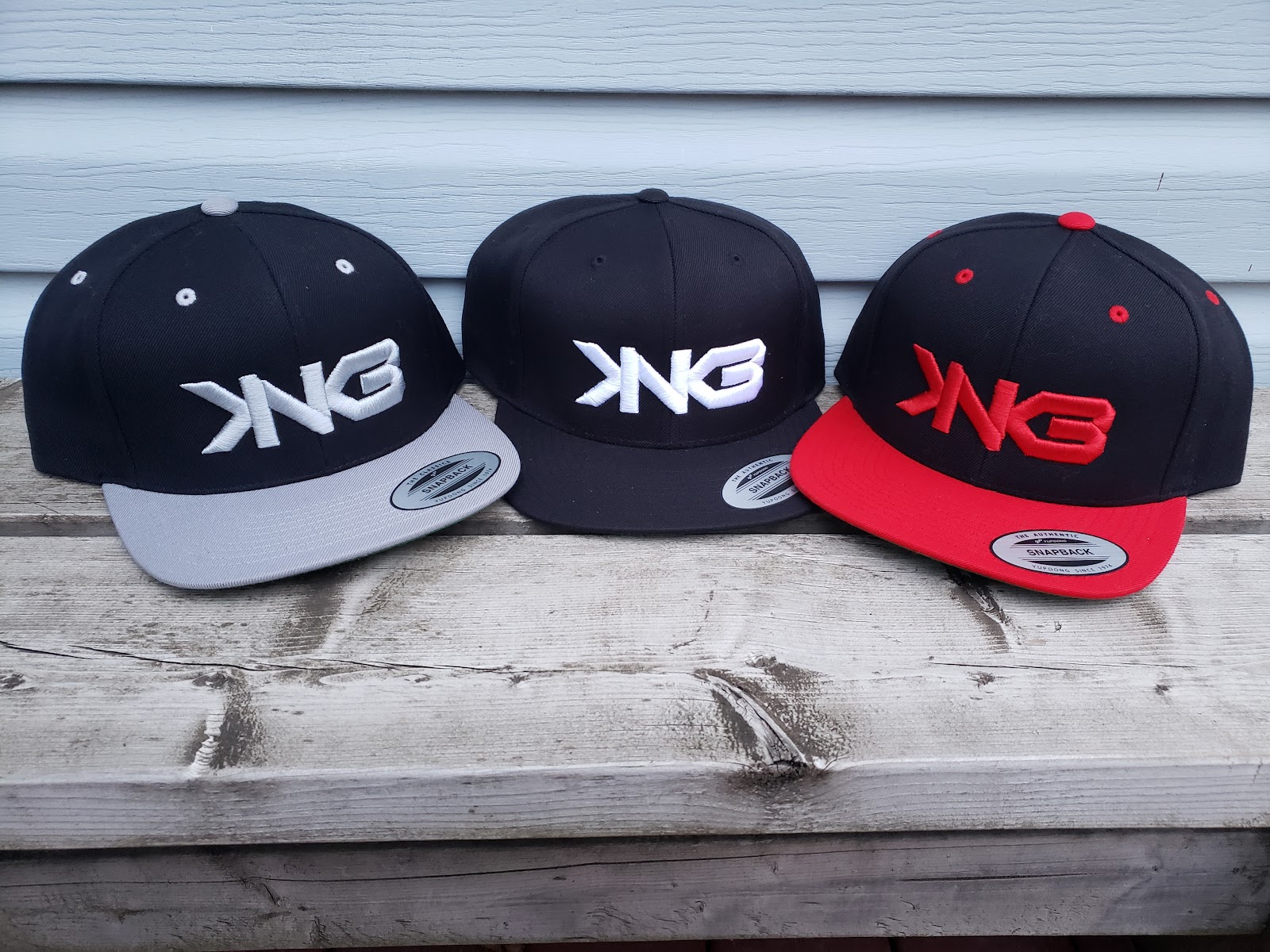 So far, people have been incredibly supportive of the project.

"Friends and family have been very excited and interested in it. We've had very good feedback from them," says Hemmings. "I'm excited to see what the kids come up with. We want to leave something behind for the kids to takeover."

Hemmings says her children bring different things to the brand.

"My son is excited, but when it comes to him, he enjoys colours the most. Whereas my daughter is more of the artistic type, and she's come up with the artistic designs. I can't wait to see what she comes up with. I think they're both very excited. People have been happy with the clothing."

With the holidays fast approaching, Ackerman says they're thinking of tackling some promotions in December. For now, however, the focus is on teaching consumers about a brand that's created by a family for other families. 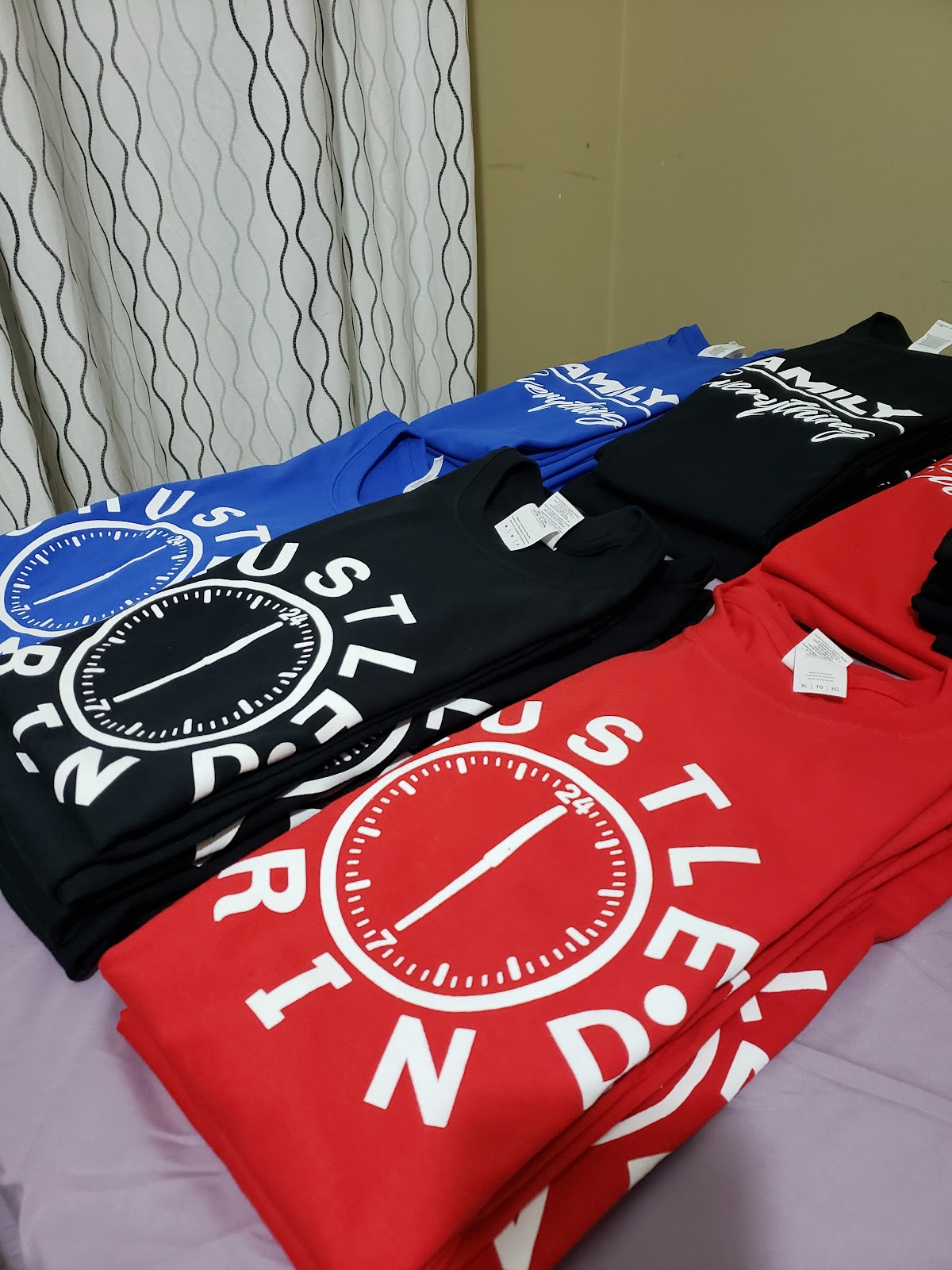 "We want to push this brand as family-driven and not excluding kids," he says.

Shoppers might also be happy to hear that the homegrown clothing is distinctly affordable.

"We're very responsive when people contact us," says Ackerman. "If we have it in stock, we can get them their product within a day or two. If it's not in stock, probably within a week or so."

And while the clothing line will hopefully provide a future business for Kalisa and Kymani to ultimately takeover, Ackerman says it's teaching them how to be enterprising right now.

"The help wth design and colours and whatnot, but more so they're involved in seeing how the stuff gets made. When we sell in person, they'll be there. They're going to be fully involved in everything that gets done," he says.