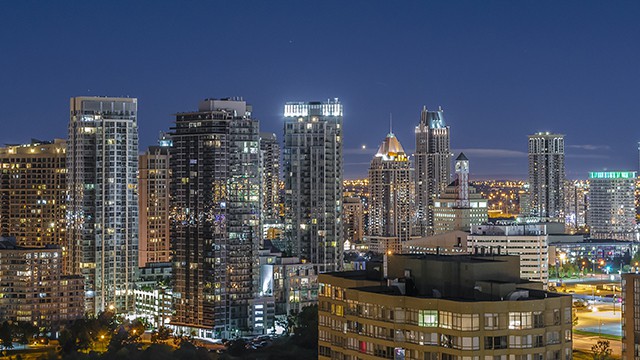 Over the past few weeks, conversations surrounding Mississauga’s desire to formally and officially extricate itself from the Region of Peel reached a fever pitch.

Now, it appears the Region of Peel will produce a new report that will, ideally, better lay out any costs associated with a ‘MissExit.’

For a little background, Mississauga city council recently passed (in principle) Mayor Bonnie Crombie’s motion requesting the province pass legislation that Mississauga become independent from Peel. While Mississauga is able to govern most of its affairs, the Region of Peel manages the local police service, waste management, public health and school boards.

Mississauga released a report, which was first written in 2003 and updated this year, that suggests the city sends some $85 million to Brampton and Caledon a year. Another argument that has been made is that while Mississauga contributes 60 per cent financially to the region and has 59 per cent of the population, they only get 50 per cent of voting power at regional council.

However, the Region of Peel has its own report disputing some of Mississauga’s financial arguments. The report was done by the accounting firm Deloitte but was not requested or commissioned by regional council. Brampton Mayor Patrick Brown’s office, which had publicly disputed Mississauga’s report, confirmed that he moved a motion on the March 28 regional council meeting to make it public.

The report suggested a separation could cost billions.

The City of Mississauga has disputed the Deloitte report and is calling for a new one to be produced.

“[Recently] at the Region of Peel we had a lengthy discussion about regional governance and the Deloitte Report that was commissioned without regional council’s knowledge or endorsement,” Crombie said in a statement.

Crombie says Mississauga councillors supported a unanimous resolution at regional council that reflected the fact that the city believes the Deloitte study was flawed and that it cannot be relied upon for decision making.

It also stated that the Region of Peel, along with Brampton, Caledon and Mississauga, will work together to draft a terms of reference for a new study that will look at the full financial picture of what it would mean to dissolve the Region of Peel, amalgamate the three municipalities or keep the region as it currently exists.

Crombie says the starting point for this review will not be that the region will continue to exist, as was the assumption made in the Deloitte Report;

The motion also asks that that full amounts paid by each municipality to the Region annually, and since the Region was created in 1974, be compiled and that a truly independent audit firm–one that does not do business with any of the four municipalities of the Region of Peel–be hired to do the analysis.

“This discussion should have taken place in January when the Region first commissioned in secret, reports totalling $325,000 without informing Council,” Crombie said in a statement.

“This analysis will finally be a true representation of the facts as all member municipalities of the Region of Peel will work together to set the terms and the scope of work. I look forward to the full results of this analysis in May.”

The City of Mississauga recently invited residents to weigh in on the idea of a “MissExit” at a recent town hall event held at Mississauga’s city hall.

Although Crombie, council and staff made their decision well before conducting this public meeting for feedback, it was clear that not all residents and vested interests in Mississauga were lining up in lockstep with their elected officials.

While organizations such as the Mississauga Board of Trade endorsed the city’s position, those from ratepayers associations (represented by MIRANET) wanted more time to analyze more information, such as clear budgets and the procedure of ‘unscrambling’ the existing structure as well as what will happen to property taxes. One representative called for a citizens’ referendum on Mississauga separation.

Others were more optimistic, such as Natalie Hart (a former council candidate in Ward 1) who said she hoped an independent Mississauga would be ‘more nimble’ in providing affordable housing options, in contrast with Toronto (which needs billions of dollars ‘just for maintenance’ of existing housing stock).

Joe Horneck, who ran in Ward 6, gave an impassioned speech about communicating the city’s position properly to the province. He set up a website with information and a petition to the province asking that Mississauga become a separate, independent city, simplifying the process for those who may find filling out the province’s online consultation a bit tedious.

MIRANET, which represents ratepayers, recently said that neither Crombie nor the province has been handed a mandate to carve up or leave existing regional governments.

“Whether you’re for or against Mississauga’s secession from the Region of Peel is not the issue. For a decision that could impact us all for generations to come, residents of Mississauga must be given the opportunity to make an informed decision,” MIRANET said in a statement.

“The province and the region need to take their time, conduct independent studies/analyses and hold a public consultation in order for residents to arrive at the best-informed decision possible.”

MIRANET argues that not since neither Crombie nor Doug Ford ran on a platform for regional government reform, neither leader has a voter-given mandate.

It is true that regional government reform wasn’t something promised by Ford when he began campaigning last year.

But it’s not surprising that he’s targeting regions in the name of efficiency.

In 2018, the province announced that it would review how regional government across Ontario is working. Municipal Affairs Minister Steve Clark said that former Waterloo Regional Chair Ken Seiling and former Ontario deputy minister Michael Fenn will serve as advisors to conduct a broad examination and provide recommendations to improve governance, decision-making and service delivery in regional governments.

More recently, the provincial government announced that it is seeking online feedback from the public for its review, specifically examining the regions of Peel, Durham, York, Halton, Niagara and Waterloo. It’s also looking at the Muskoka District and Simcoe County.

MIRANET says the May 22 deadline for consultation submissions is “utterly meaningless, arbitrary and capricious.”

“Our elected officials serve at the behest of the people. They need to represent our views in a more democratic way,” MIRANET said in a statement, adding that more time is necessary to make a decision.

“We need our city officials to stand up to the provincial government on our behalf. That is their job. We want the province to slow down the regional government review process and provide an independent transparent report to the residents of Peel Region.”

Regardless of what the province decides–and the fate of the region rests in the hands of the Ontario government–the city has seemingly made up its mind.

“Mississauga council remains committed to our position in principle that separating from the Region of Peel is in the best interest of the city and its residents,” Crombie said in a statement.

“At a fundamental level, the regional model in Peel is broken and needs to be fixed. Mississauga must be able to control our own affairs and make our own decisions without asking permission from Brampton and Caledon. As the third largest City in Ontario and sixth in Canada, it’s time.”