Mississauga cyclists and pedestrians fight to bring back cancelled bridge

Cyclists and pedestrians want to revive plans for a footbridge that was planned for a Mississauga park and then cancelled.

The bridge would have crossed Etobicoke Creek, connecting a pathway along the creek to Orchard Heights Park, just south of the QEW highway. Back in May of 2018, councillors unanimously approved a partnership with the Toronto Region Conservation Association to construct the bridge. Council approved contributing up to a maximum of $160,000 for the project.

But the project is now deferred due to an online survey done in 2021, City of Mississauga spokesperson Irene McCutcheon tells inSauga.

“The decision was based on the survey that was coordinated by the City and sent to the residents in the Orchard Heights community,” said McCutcheon in an email.

The project will be reassessed in 2023, with plans for a fulsome public engagement with the community on the project, she added.

Petition to get the bridge built

A petition aims to keep the bridge on council’s mind, as advocates argue it provides safer access to the lakeshore. Cyclists and pedestrians can avoid busy streets that will likely get busier once developments such as the Lakeview Village are complete.

“I have never felt safe on Dixie Rd and that means I have to drive even when cycling would be more convenient (no parking), better for the environment and decrease traffic,” one person wrote on the petition. “Yet the city continues to prioritize cars.” 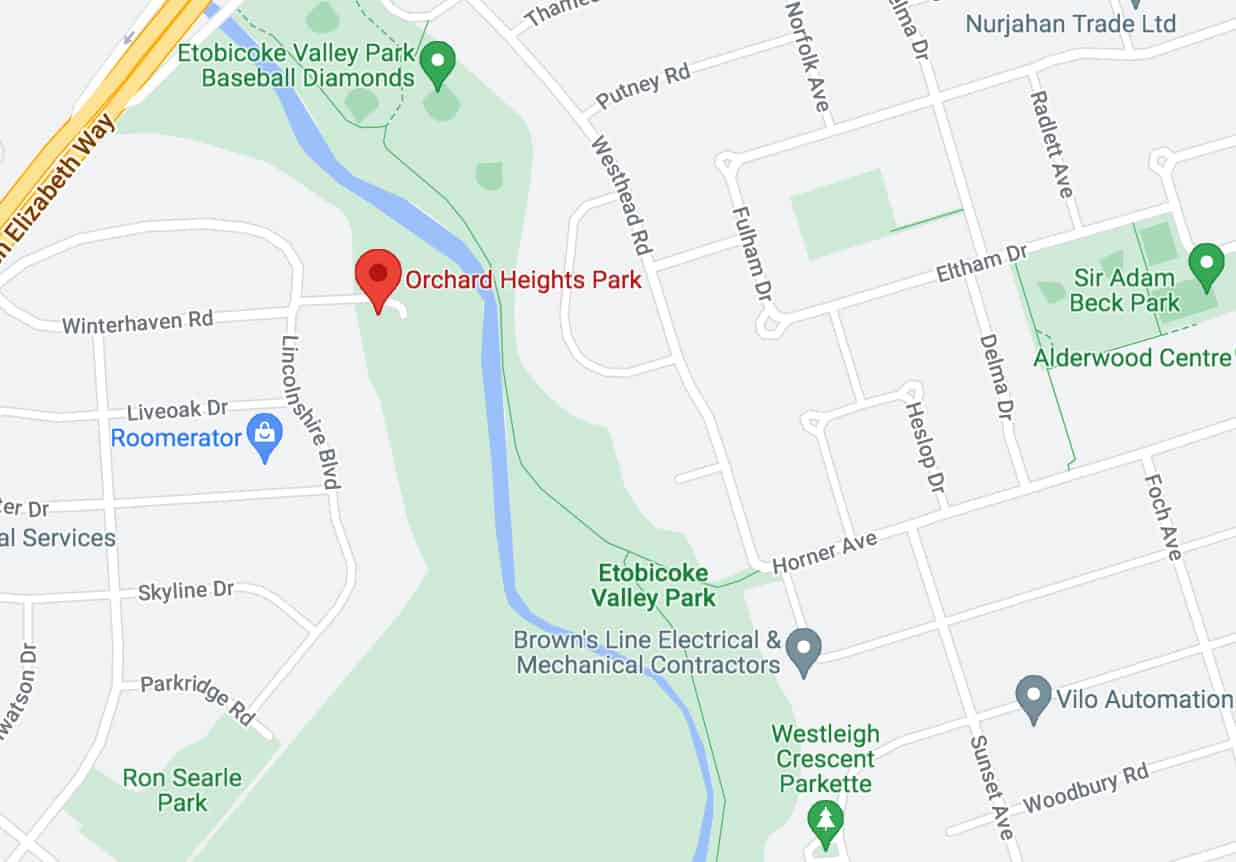 Wolf Ruck, who wrote the petition and is an Orchard Heights resident, says the bridge would “help promote the potential for people to engage in outdoor, active living.”

The residential developments will “create huge traffic problems” on Dixie Road, Ruck says. And eventually, Orchard Heights residents will have difficulty accessing the waterfront. He thinks the bike lanes on Dixie Road will be removed.

“Residents in Orchard Heights will essentially be relegated to using an automobile to get out of their community for anything from going to school, shopping, or…trying to get down to the waterfront trail.”

Ruck started the petition in the summer and it currently has 187 signatures.

“There are people who want this bridge to be built,” he says.

Ruck claims a small group of residents opposed the bridge and created a “flawed” online survey to lobby the city to cancel the project.

The Orchard Heights Homeowners’ Association conducted an online survey back in 2021. A spokesperson for the group, David Blakey, tells inSauga they “took care in the development of the survey.”

The survey done by the City of Mississauga received only a 13 per cent response rate and was sent to residents of Orchard Heights and those who live outside the neighbourhood.

Ruck says the Orchard Heights Homeowner’s Association survey was flawed because it was “not a neutral survey done by a neutral third party.”

But Blakey says this isn’t the case.

“It is easy to call a survey flawed, especially when the outcome does not align with their perspective,” he wrote in an emailed response. “The developers of this survey were done by individuals in OH (Orchard Heights) who were both in favour of the footbridge and those who were opposed, ensuring a fair and balanced approach.”

The survey asked about the benefits of the bridge, such as car-free access to the trails and green space but it also suggested concerns could include more traffic and parking in the neighbourhood. It also mentioned “increased crime” as a possible outcome.

The survey, with 345 responses, found 50 per cent opposed the bridge, 40 per cent in favour, and 10 per cent unsure. And dividing the undecided votes between yes and no, the result would be 54.5 per cent against and 45.5 per cent in support of the bridge.

For more information on the survey, see the report here. To see the petition, visit the Install the planned & approved Orchard Heights Park foot/bike bridge site.

Editors note: On Sept. 29, a correction was made to this story. How the 54.5 per cent against and 45.5 per cent in support of the bridge was calculated was incorrect in the previous version of this story.