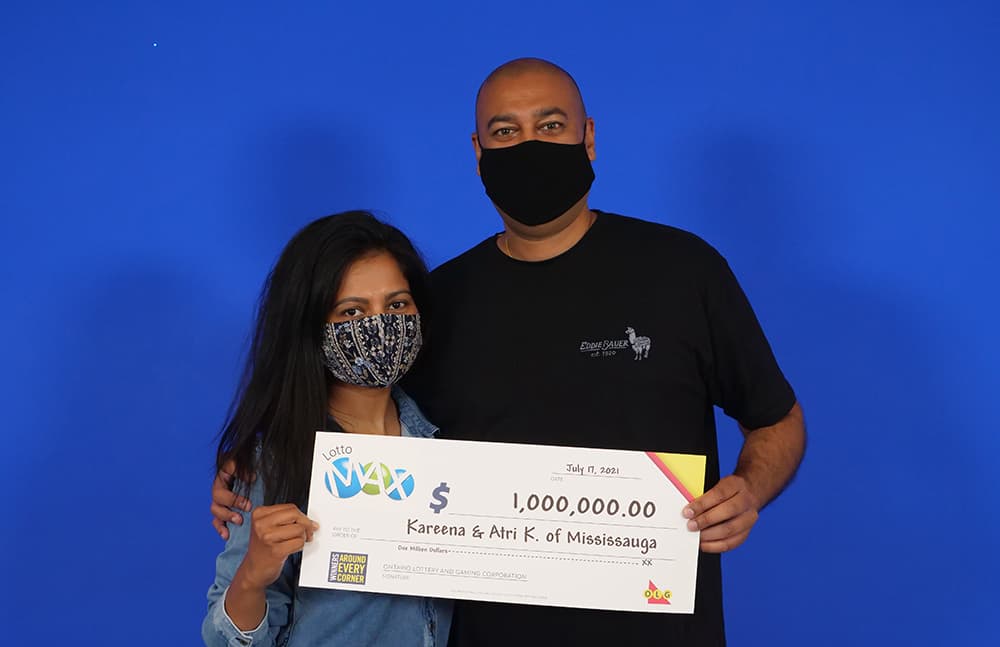 A Mississauga couple are now millionaires after having the winning ticket for a Maxmillions prize in a recent Lotto Max draw.

Kareena and Atri Kanhai won the $1 million prize when their number hit on June 4.

The couple said they didn’t know they were winners until they checked their ticket when in a store to make a purchase for a future lottery.

“We were at the store to purchase a ticket for the next Lotto Max draw and when we checked this ticket, we saw ‘Big Winner $1 million!’” shared Atri.

The couple says they tend to only play the lottery when there is a big jackpot. This time it paid off.

“It’s unbelievable – you always hope it’s going to be you, but it’s still a surreal moment,” added Kareena.

The parents of two said it was a nice moment to share with family. “We’re going to put some away for our kids, help family and complete some home renovations,” said Kareena.

“I am grateful!” concluded Atri.

The winning ticket was purchased at Terry Fox Convenience on Terry Fox Way in Mississauga.