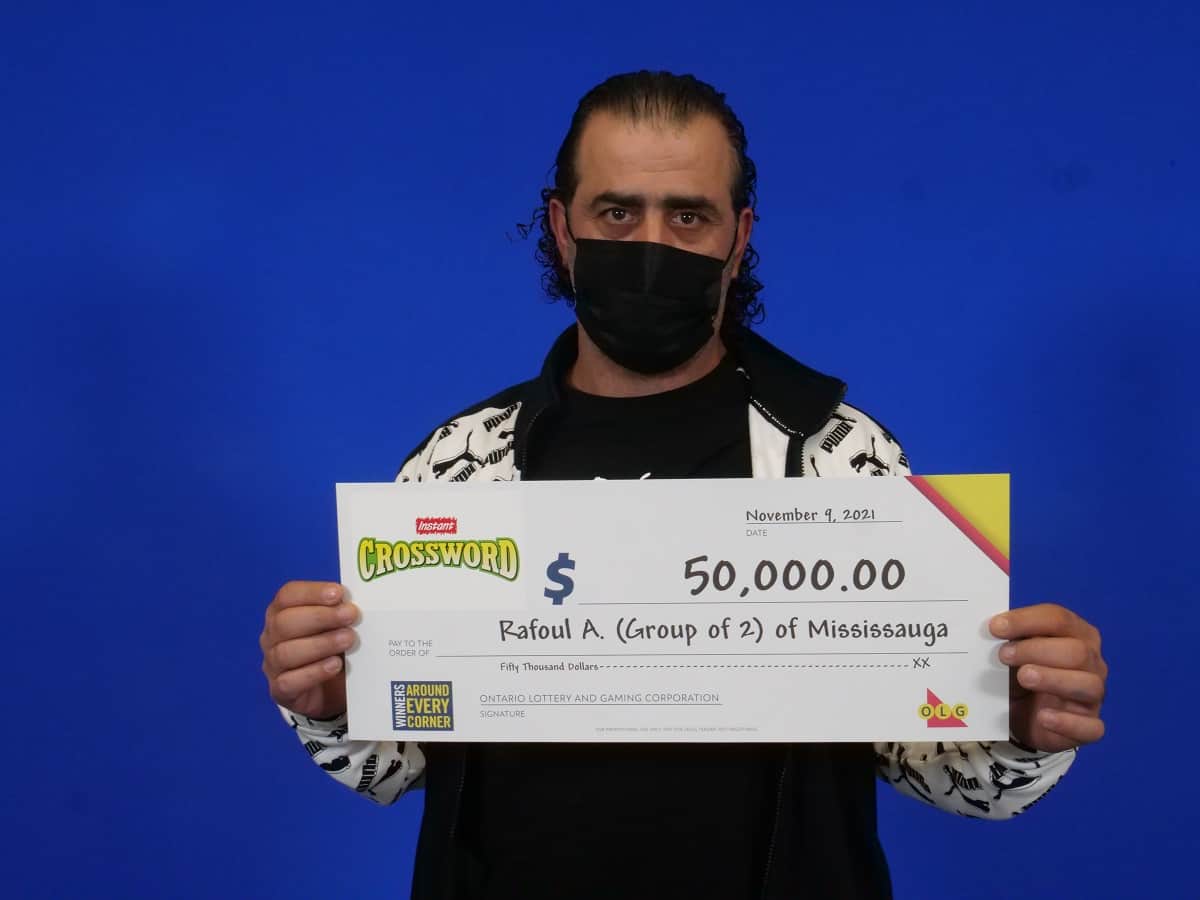 Mississauga's Rafoul Abouhatoum says much of the money will go to schooling for his daughters.

There was a lot of disbelief in the air for a Mississauga couple who recently won a $50,000 top prize on an Instant Gift Pack ticket.

Rafoul Abouhatoum, 43, said he couldn’t believe it when he first realized their ticket was a winner. Then, when he told his wife, Rola Abdo, she didn’t believe him.

“I scanned it a lot of times, then went to the store to double check,” Abouhatoum, a construction worker, said as he picked up the money at the OLG Prize Centre in Toronto. “My wife was shocked. She didn’t believe me at first, then she told me she wanted to go to the store with me to check.”

“It will pay for schooling for my daughters, and we will hopefully go on vacation.”

The winning ticket was purchased at the CNIB kiosk at Walmart on Dundas St. in Mississauga.