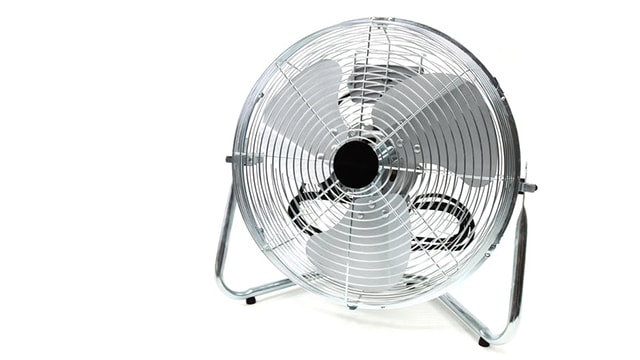 The last couple of weeks in Mississauga have featured some strange weather, as the first day of fall offered scorching heat more suited for the middle of July. Although it seems that the fall weather has finally arrived, it just goes to show you how climate change has drastically altered the seasons we’re used to experiencing in Canada.

Climate change has been challenging for municipalities as they struggle with how to adapt their existing policies for their communities. Case in point, when is it appropriate for landlords and property managers to turn the heat on and the air conditioning off in their apartment buildings?

As we recently documented, Brampton City Council voted to suspend enforcing their Adequate Heat By-Law after realizing that landlords were abiding by the by-law by flipping on the heat on September 15 when a heatwave was taking place. Brampton recently resumed enforcement of the Adequate Heat By-Law, now that temperatures have dipped back to more normal and acceptable autumn levels.

This past week, Mississauga City Council voted to look into changing the existing by-law governing when the heat should be turned off and on in apartment buildings. The current by-law states the following:

So the existing by-law’s wording is quite specific in terms of when the heat needs to be turned out. Therefore, Ward 5 Councillor Carolyn Parrish introduced this motion to amend it, which states:

Let’s take a look at each of these points and do in-depth observations and analyses:

Should air conditioning be considered an essential service?

There are a lot of necessities in life: food, clothing, shelter, and, yes, the ability to breathe. If you can’t breathe, you essentially can’t do anything. When you’re facing overbearing heat conditions outside and inside, breathing can be difficult–especially for senior citizens, children and people suffering from other health issues.

Councillor Parrish brought up an example of how a new mother came to her about being told to bring her newborn (who was wearing an oxygen mask) back to the hospital if it is too hot, otherwise she would die.

“The province doesn’t seem to think this is an essential service, but it is,” Parrish said, taking the Ontario government to task for focusing too much on legislation without examining how it would affect actual people’s lives. “We’ve got to start making adjustments because things are not going to reverse themselves,” Parrish added, referencing how climate change isn’t slowing down anytime soon.

Parrish also vehemently disagreed that cooling was not a necessity. “We have libraries, swimming pools, and community centres with air-conditioning, and it is lunacy for these building owners not to exercise common sense when it comes to heating and cooling their own buildings,” the councillor said in her remarks.

An issue with terminology (temperature, not heat)

Ward 9 Councillor Pat Saito made a point that the issue was the word ‘heat,’ and thought this should be named the ‘Adequate Temperature By-Law’. I can see why Saito would say this, because the issue may be heat for this season but by next year it could be a different matter. What if by next May it is still cold, and landlords get the notion in their heads they need to turn on the air conditioning as mandated by the existing by-law?

It’s one of the reasons that I don’t use the words ‘global warming,’ because it’s really about climate change.

What’s in a date?

Doesn’t it strike you as odd that there is such a specific date set that building owners have to turn the heat on and off? Again, bringing this back to the issue of climate change, does wonky weather really adhere to an arbitrarily set timeline? I don’t think so, and some councillors and city staff had some concerns because locking in a specific date under the amended by-law wouldn’t solve the overall problem.

The middle of September has traditionally been that time of the year when the temperature starts dropping and the heat needs to be turned on, but as we just saw climate change has been affected the weather locally, so having an set date may not make much sense anymore. Should the amended by-law be more flexible?

Councillors not divided, but just having difference in priorities?

It seems that some members of council are looking at this issue through different lenses. Councillor Parrish was really pushing her by-law amendment to be focused solely on amending the wording to address adequate heating and cooling in buildings, but some other councillors believed that looking at the bigger picture was the focus.

“Out of the dozens of apartments in my ward, I’ve received complaints from only two…maybe things are working to a certain degree?”, asked Ward 7 Councillor Nando Iannicca, adding that they shouldn’t do things in the “heat” of the moment. He also suggested some other ideas, like retrofitting buildings, or perhaps a city wide public meeting for renters, tenants and other condominium apartment residents to educate them on how the Residential Tenancy Act is supposed to govern how they live.

But Parrish brought the issue back down to reality when she put out comparisons of Mississauga to Brampton, Oakville, Burlington, Oshawa, and Vaughan. Unlike those places, Mississauga isn’t just a flat suburb anymore; there are a lot of tall buildings from City Centre to as far as near Darcel Avenue in Malton. “Those other municipalities don’t have to deal with issues about high rises, because they’re flat there are not many tall buildings there,” agreeing that Mississauga is becoming a big city. But Parrish challenged Iannicca, calling him out for indulging in more ‘flights of fancy’ and not focusing on what she specifically wanted her proposed by-law amendment to address.

At some point, Mississauga City Council will come back with an amended adequate temperature by-law so by next summer, the issue of apartment buildings becoming too hot while it is still hot outside should be a thing of the past.

In the meantime, if it is too cold in your building and it’s taking time for your landlord to turn the heat up….put on a sweater.