In a surprising move, Mississauga City Council has decided to defer approving the 2020 city budget until early in the new year. The decision came during this past week's council meeting.

In previous years, the budget was approved by mid-December.

For the 2020 budget, the proposed operating budget is $926.1 million--an amount that will be offset by revenue from sources such as transit fares, recreation fees, and building permit fees. Those fees will total $387.4 million. The property tax funds the budget amount not covered by these revenues. 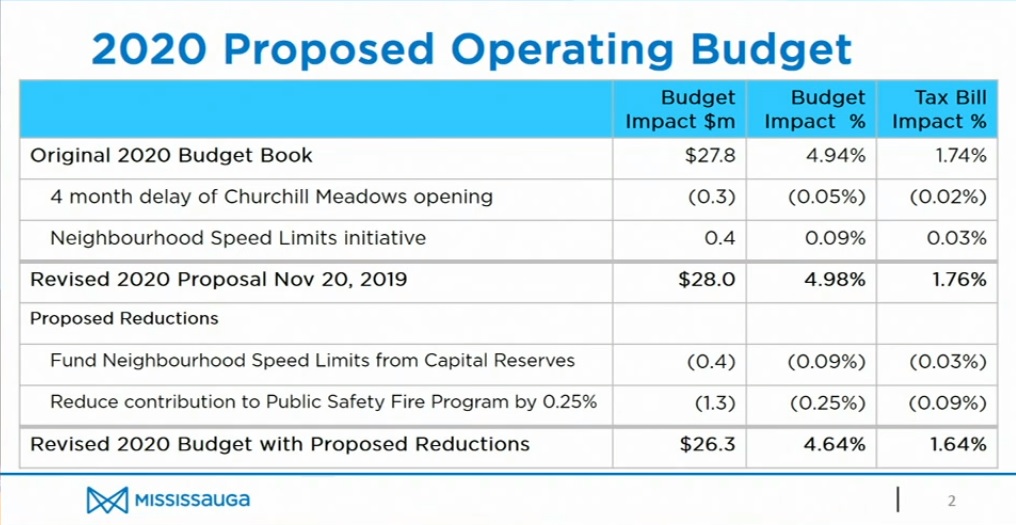 Ward 6 Coun. Ron Starr said he had been to several functions around Mississauga where people raised their objections to the increased tax rate.

"I'm not sure how we can reduce it, maybe we have to cut and maybe suffer a little bit, maybe that's what has to happen. Maybe we need a total review of what we're doing.” 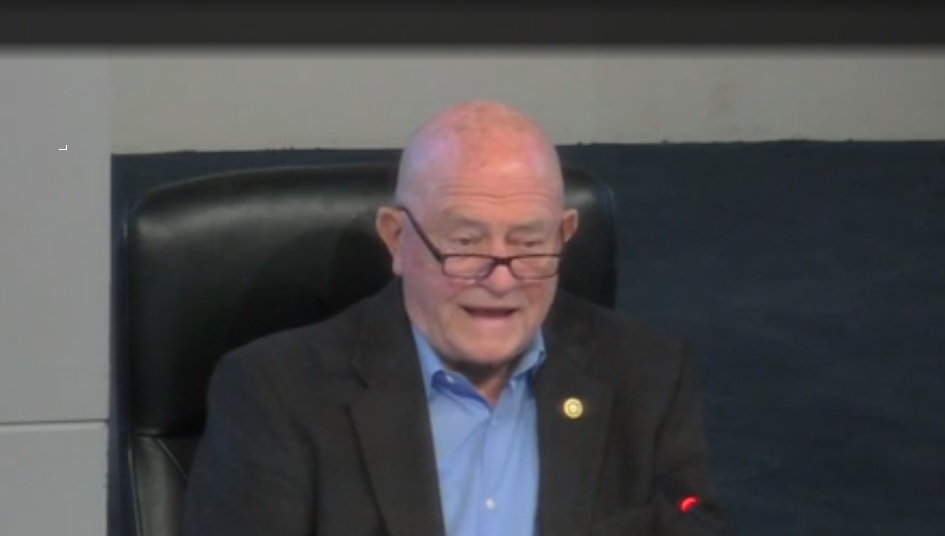 Ward 2 Coun. Karen Ras put forward the motion to defer approving the budget and made a number of suggestions for areas to be cut, such as:

"We have no idea how many employees are up there. In Mississauga, we invite an economist to come in for a few hours and we pay them 12 cents. The Region has five full-time economists. What are they doing?"

She also mentioned previously how there was an opportunity a few years ago to put away five per cent for a 'rainy day fund' but the city didn't do it because "we're all politicians, there was an election that year and we all freaked out".

"The problem with budgets is that it's in the hands of politicians and we are always conscious of the 10 or 12 people who bitch at us because their taxes are going up. They don't call (the federal government) and ask them what they're doing with the 30 per cent that gets sent to Ottawa."

Ward 9 Coun. Pat Saito said she couldn't support the recommendations from Ras, saying she had no idea what ramifications that would entail and suggested more work needed to be done on the regional budget.

"We were putting $40 to $50 million away every year and we kept tax rates at zero for several years; in one year we even went below zero. I wanted a one per cent levy to put away during the good years for infrastructure funding but we kept at zero. I knew we were going to pay for this down the road."

While stories of the management of finances at Mississauga are legendary in terms of cementing Hazel McCallion’s legacy (one of the few mayors that actually delivered a tax cut during one year), we are seeing the ramifications of all those years of not saving money for future infrastructure costs and just maintaining things at zero.

Starr’s comments about looking at possible service cuts by saying ‘we need a total review of what we are doing,’ while helpful, may have come too late. He hardly batted an eye in previous years when the tax rates steadily rose year after year and in one instance, on one matter, saying to the effect “I’m not sure I agree with this proposal, but I’m going to vote for it anyway.”

It’s also ironic that looking at staffing reductions and a more prudent eye on the budget was a position taken up by Starr’s opponent Joe Horneck during the 2018 municipal election, in which Starr was only reelected by 347 votes.

Mississauga's budget will now be delayed until the January 22 council meeting.

EDITOR’S NOTE: a previous version of this article stated that Coun. Parrish said that Mississauga has five economists. We regret the error.

Cocoa-bomb pop-up opening up in time for Valentine’s Day in Mississauga
Mississauga might remain in lockdown for the foreseeable future (perhaps beyond Feb.
END_OF_DOCUMENT_TOKEN_TO_BE_REPLACED