A proposed revitalization of the Port Credit Marina that was brought up by Ward 1 Coun. Jim Tovey recently has hit a bit of a snafu. The central issue is that the councillor and his colleagues have a disagreement as to whether Tovey should be allowed to ask for money for the marina in the first place.

It was during this October 31 Governance Committee (GC) meeting when councillors were debating formal protocols for elected officials, specifically as to what councillors were allowed to talk about with senior levels of government. The proposed rule would limit councillors to promoting or discussing items only approved by council. Tovey was in complete disagreement with the proposed rule, which he saw as something that would restrict his ability to do his job as a city councillor.

So during a recent regular council meeting, he introduced the following motion:

That the Mayor, Ward Councillor and staff be authorized to pursue granting opportunities with the Federal and Provincial Governments in support of the Port Credit Marina revitalization.

Coun. Tovey explained his intention was to formalize the ability to start having the necessary conversations with the provincial government in getting funding for the marina revitalization project, for example getting an Environmental Assessment. 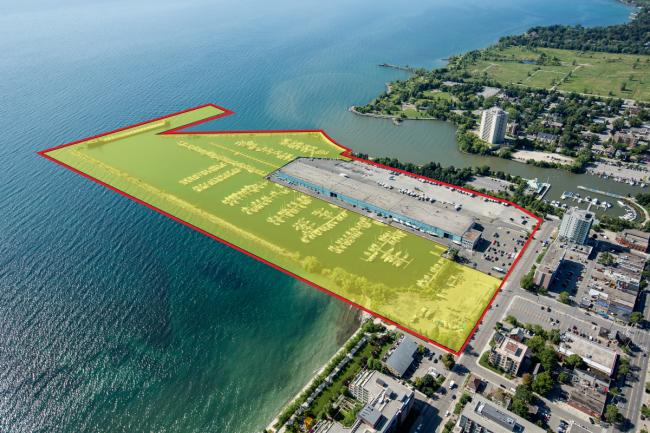 But some of the other councillors had rather vocal observations to Tovey's plan. Ward 9 Coun. Pat Saito said she was against giving permission of this kind for any councillor to go out on their own making these request, because it would be perceived as council having approved it, when in reality they may have not.

Saito also disputed that a revitalized marina would increased tourism and bring in more tourism revenue for Mississauga. Her rationale is that while marinas may attract people to come see it, especially if there is a major event or festival going on, the marina do not provide the reason to get people staying in hotels (which is more important now with the introduction of a hotel tax).

Saito said she would have no problem if the private sector contributed 50 or 60 per cent of the marina revitalization costs, but she wouldn't approve of Tovey going out without council direction to get the funding, saying that other councillors had community centres or other projects in their wards that deserved some consideration for such funds.

Ward 5 Coun. Carolyn Parrish echoed such sentiments, saying that a marina down by the waterfront should not be a priority. "I don't want you (Tovey) running off to some minister asking for $60 million for a marina; I would rather put $60 million into affordable housing first," Parrish said in her response. She called Tovey's motion as an attempt to skip around the rules they were going to set in from Governance Committee.

Parrish also said the principle being debated was who speaks for City Council to the other levels of government. "The mayor is duly elected to represent this city. Because she has that mandate, (Mayor Bonnie Crombie) can have that "spur of the moment" conversation with the premier when issues around funding for projects comes up. While she doesn't have to, this mayor has been very diligent in providing council updates on what she discusses with other governments, but her conversations always stay within the confines of what was approved by council."

But there were some councillors that showed some reluctance to the rule being brought forward by GC. Ward 11 Coun. George Carlson was concerned that the rule would place unnecessary restrictions that "disrupt the normal ebb and flow of business". He said he didn't like the idea of placing restrictions on people's conversations and "muzzling" them. "If you were talking to a provincial minister in some random gathering, and they offered $50 million, can you really turn it down and say 'oh I can't talk about that'?", Carlson wondered aloud.

City Council ended up voting to defer the motion for further debate at the next General Committee meeting.

While Tovey didn't get much support for his motion in council chambers, there were some reactions in support online.

It's an interesting debate to have during this time, when we are seeing more importance given to the role of local municipalities. The mayor does have that city wide mandate, but city councillors are also elected officials with a similar elective mandate as well. Some councillors have also been part of wider lobbying groups such as the Federation of Canadian Municipalities, but that advocacy is within the confines of what was approved by city council as well.

Do you think your city councillor should have the ability to be more independent when lobbying other governments for money in their local ward?