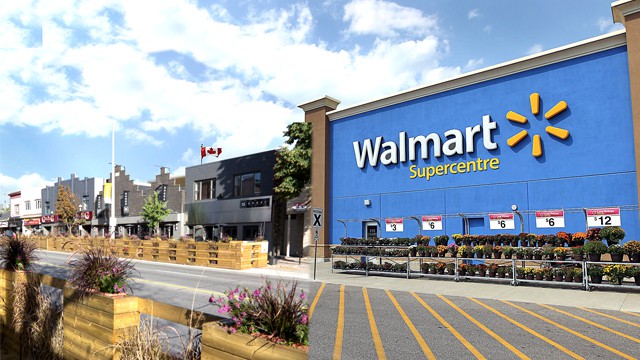 There’s been a lot of discussion in the past as to whether or not Walmart will go ahead with its plans to open a new store in Lakeview, as well as debating if Lakeview actually wants or needs a Walmart store.

But whether you’re for it or against it, the possibility of it happening definitely still exists, according to a recent Mississauga News article.

Ward 1 Councillor Jim Tovey is planning to meet next month with Lee Tappenden, the new Walmart Canada CEO, to determine if a new Walmart location will be coming to Lakeview.

Tovey also wants to show the CEO some of the city’s projects that have been set to revitalize Lakeview’s waterfront.

The project would be headed by Trinity Development, a company Tovey says has a 20-year lease with Walmart that the latter company can’t get out of.

Tovey was told by Trinity that the Walmart location would have a size of 84,000 square feet. In addition, Trinity announced in 2013 that the project would create 1,500 jobs and generate $3 million in annual taxes.

What do you think? Do the pros outweigh the cons, or should Walmart stay far away from Lakeview? Share your thoughts in the comments.