A minor spat arose during the Dec. 11 Mississauga city council meeting when councillors debated a motion to give Ward 10 Coun. Sue McFadden time off as she undergoes 'major surgery'.

The spat was not over McFadden's request for time off, which would be approximately 12 weeks starting on Dec. 31, but over her request for 'temporary funding' to manage the workload in her office for three days per week. 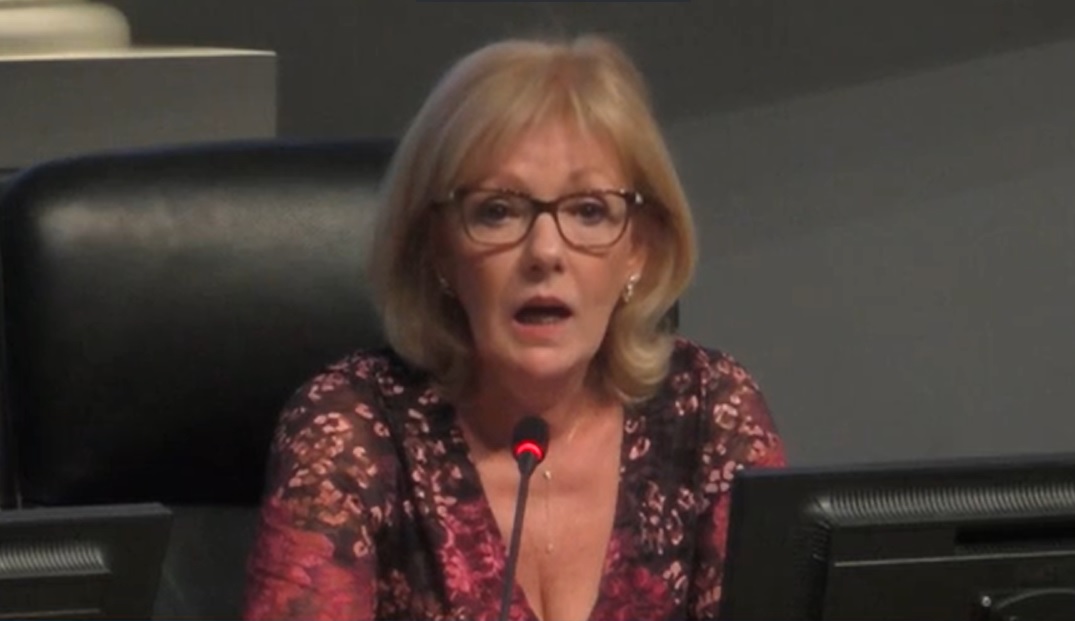 Here is the motion, which was then split into two parts. The first part was to approve McFadden's medical leave and the other to approve the additional funding. 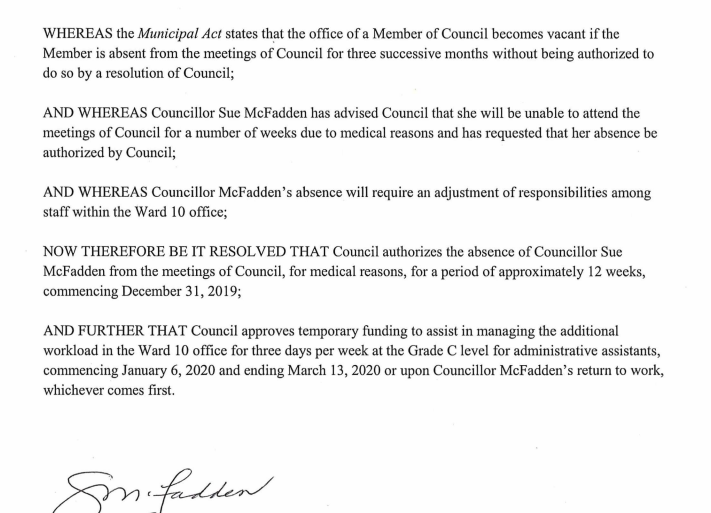 Coun. McFadden had jaw surgery done back in 2013 and according to her, this upcoming procedure is a follow up to that previous surgery and will have to be done in Dallas, Texas.

According to city staff, the amount required to cover additional assistance in the Ward 10 office for the duration of McFadden's absence is $8,712.

Council unanimously approved the motion for McFadden's medical leave as well as the additional funding, but in a rare case, the latter motion was not approved on a unanimous vote. 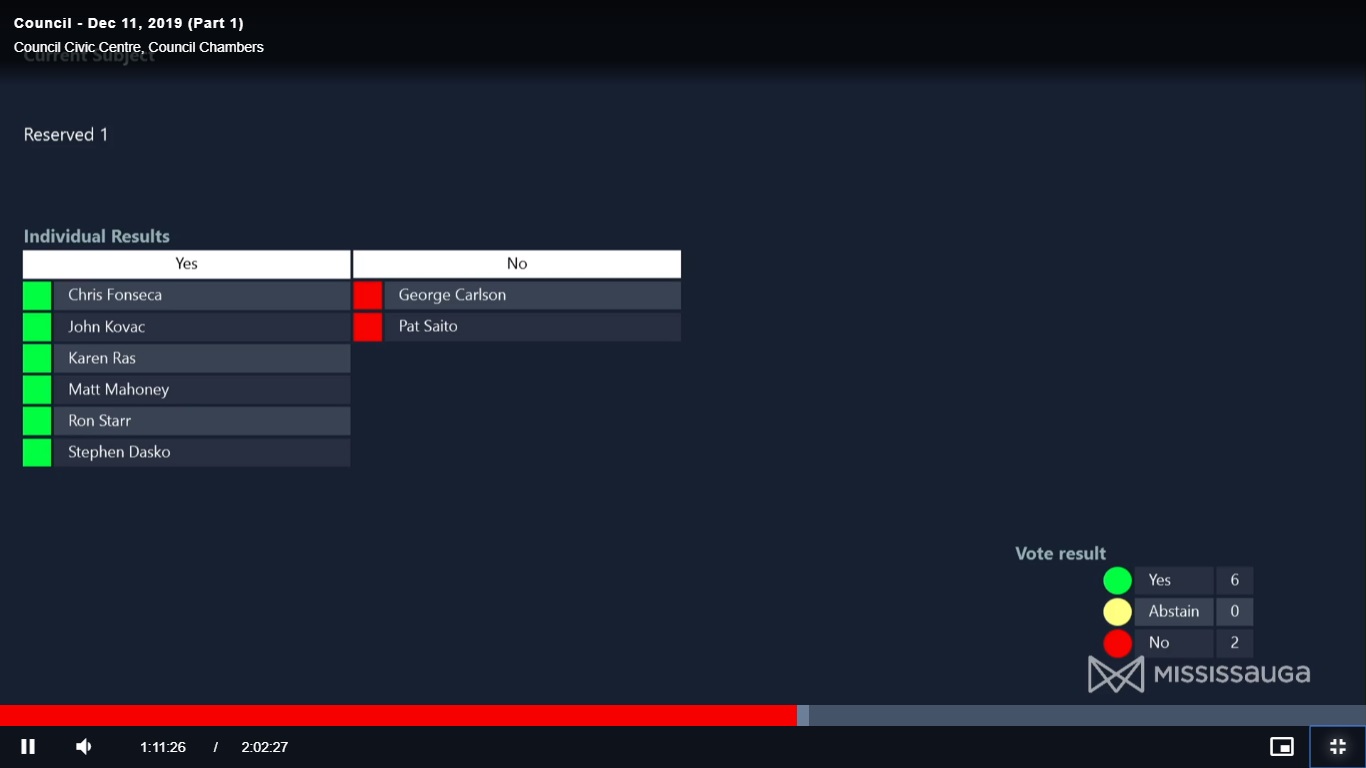 Ward 9 Coun. Pat Saito and Ward 11 Coun. George Carlson voted not to approve the funds, while Ward 5 Coun. Carolyn Parrish did not vote, even though she was in her seat.

Parrish asked if there was a procedure for replacing a councillor with a staff person, which City Manager Janice Baker said there was not. No costs associated with this would be shared with the Region of Peel, and Baker said the discretionary expense account councillors receive cannot be used to pay salaries.

"We have had quite a few situations in the city when a councillor is not available we've had two, even one, staff person handling the matters in the councillor's office," Saito said, saying she could not support the second motion for the additional funding McFadden requested.

"We just went through a budget session where some of us got quite vocal on the need to cut things, not add on. The perception is terrible to have councillors adding more people; if you need to be away, readjust your office and cut back your workload," Saito continued, saying communication methods like email allow more seamless connection with staff.

Coun. McFadden, to say the least, was not very happy.

"I can't say I'm surprised but this is a sad day when we're debating $8,000. Yes, this is the first time a councillor has to go off for major surgery," McFadden said, asking for up to 12 weeks because she herself was unsure how long the recovery would take.

"You need support if you're going off for major surgery because karma is really something else. Yes, we've had a death and other circumstances where the mayor's office has stepped in but this is different, what I am asking for. I am doing this to make sure my residents have the type of service they're used to, hence the 90 per cent of support in my reelection," McFadden continued, asking that the mental well being of her staff be considered.

"If I don't get the support, I'm willing to pay for it either out of my budget or personally."

Coun. Carlson did not respond to inquiries from insauga.com when asked why he voted no as of this writing.

The vote to approve the additional funds for Coun. McFadden's office passed 6-2.

Former councillor Frank Dale (Ward 4) and Eve Adams (Ward 5) resigned for higher office some years ago. During that time, the mayor's office at the time stepped in to provide services to constituents until a replacement was elected in subsequent by-elections.

In the case of former councillor Jim Tovey, who died of a heart attack in January 2018, some assistance was provided by Mayor Bonnie Crombie's office to the Ward 1 office until Dave Cook was appointed the interim councillor. Cook served out the remainder of Tovey's term until Stephen Dasko was then elected in the municipal election months later.

Do you think that Coun. McFadden should get these additional resources to continue running her office "the way her residents are used to" while she recovers from surgery, or is this an unnecessary use of taxpayers dollars?

New restaurant specializing in unique Middle Eastern flatbread now open in Mississauga
Mississauga boasts a diverse array of restaurants that specialize in cuisines from around the world, but not every restaurant chooses one signature dish to focus on and make its own.
END_OF_DOCUMENT_TOKEN_TO_BE_REPLACED