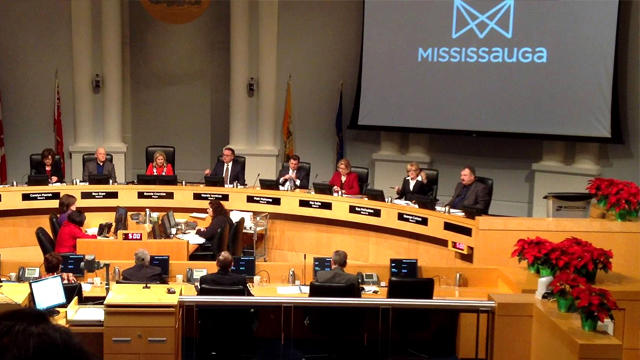 Mississauga City Council has been adamantly against the idea of adding up to four more councillors in order to balance out their representation on Peel Regional Council should Brampton somehow succeed in seating all 11 councillors in the regional body. Mississauga’s proposal was to take from Caledon to give to Brampton, while keeping the same number of councillors for themselves.

But after some discussion and deliberation that sounded, at times, akin to ending an argument by saying “well…if we have to do this,” and swallowing some bad medicine, Mississauga is looking into the possibility of adding one more councillor. Specifically by splitting up the geographically massive Ward 5 (which stretches from the Mavis/Eglinton intersection all the way to Malton), and creating a brand new Ward 12.

In a recent meeting, city council received a staff report on recommendations on how to do so, based on populations in each ward from the 2016 census and projected population growth by the year 2031.

Below is the current map of municipal wards for Mississauga. Based on the 2016 census, the following is the estimated population in the wards that were the focus of the staff report. 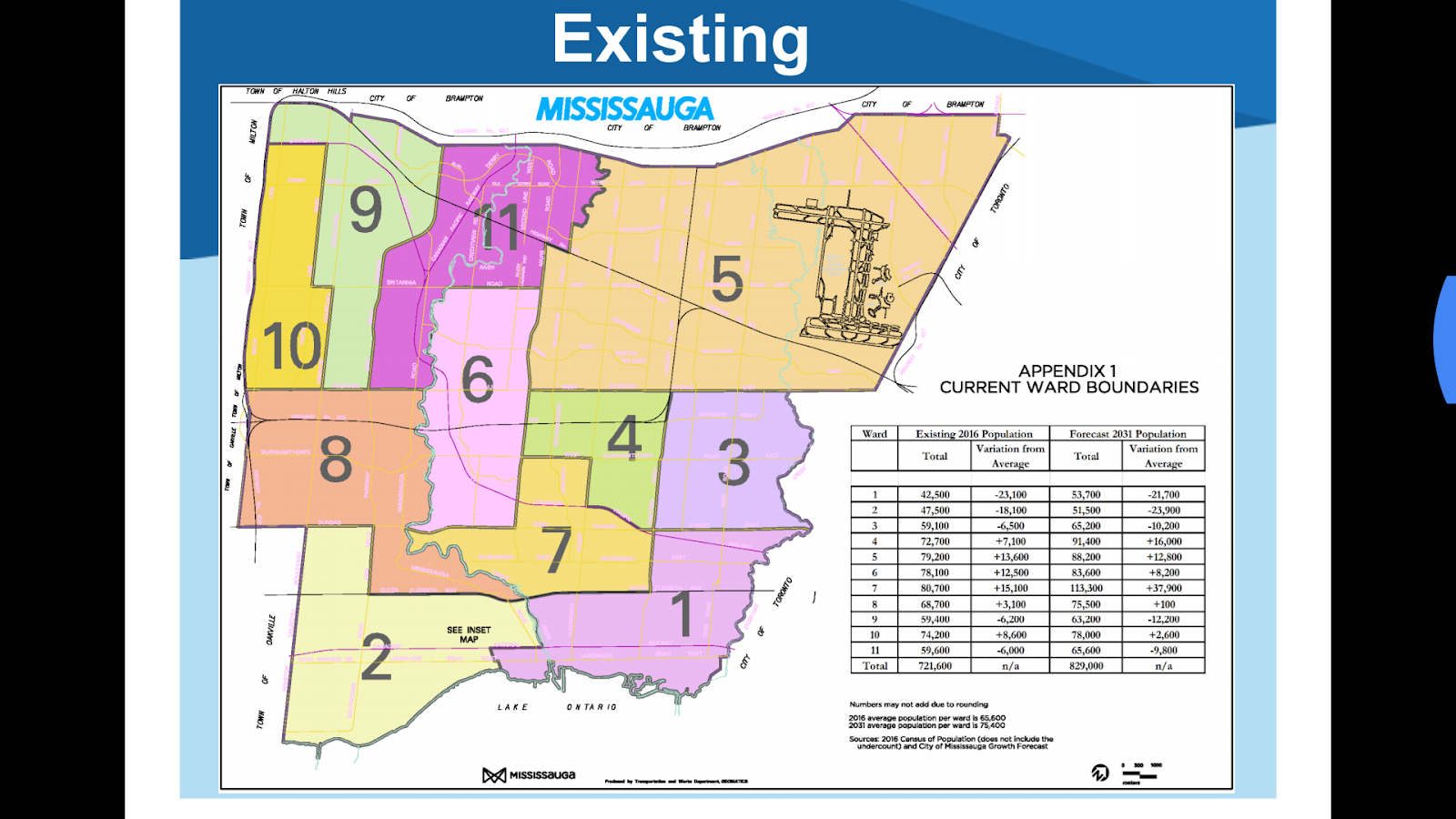 Mississauga city staff came up with three options which are outlined below: 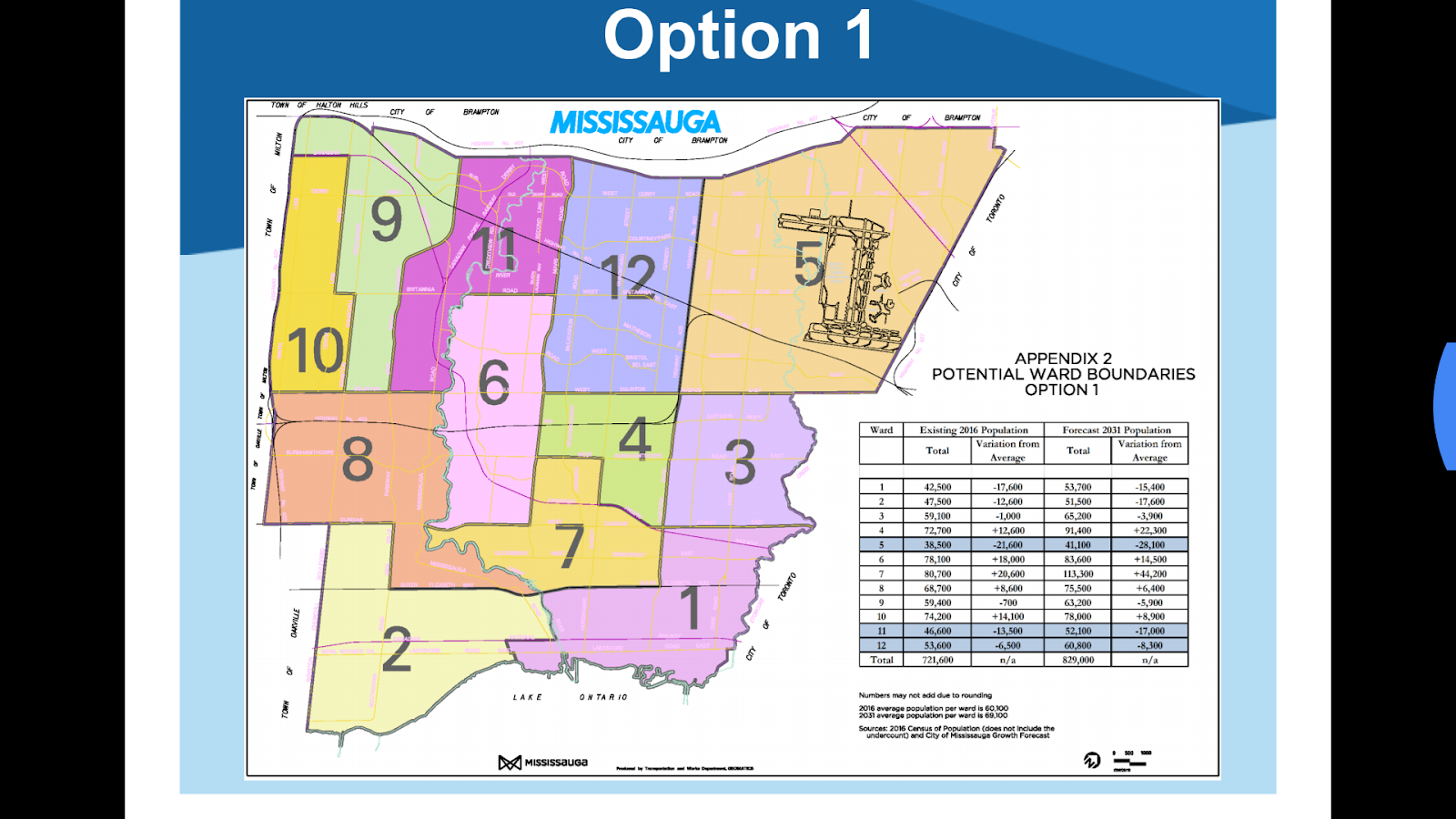 The first option is to create Ward 12 by taking the part of Ward 11 west of Fletcher’s Creek and including all the part of Ward 5 that consists of the Britannia Woods community. Ward 12 would therefore have a very simplistic boundary from the city limits to the north, Highway 410 to the east, Eglinton Avenue to the south, and Mavis Road to the west.

The population breakdowns in the three affected wards is as follows: 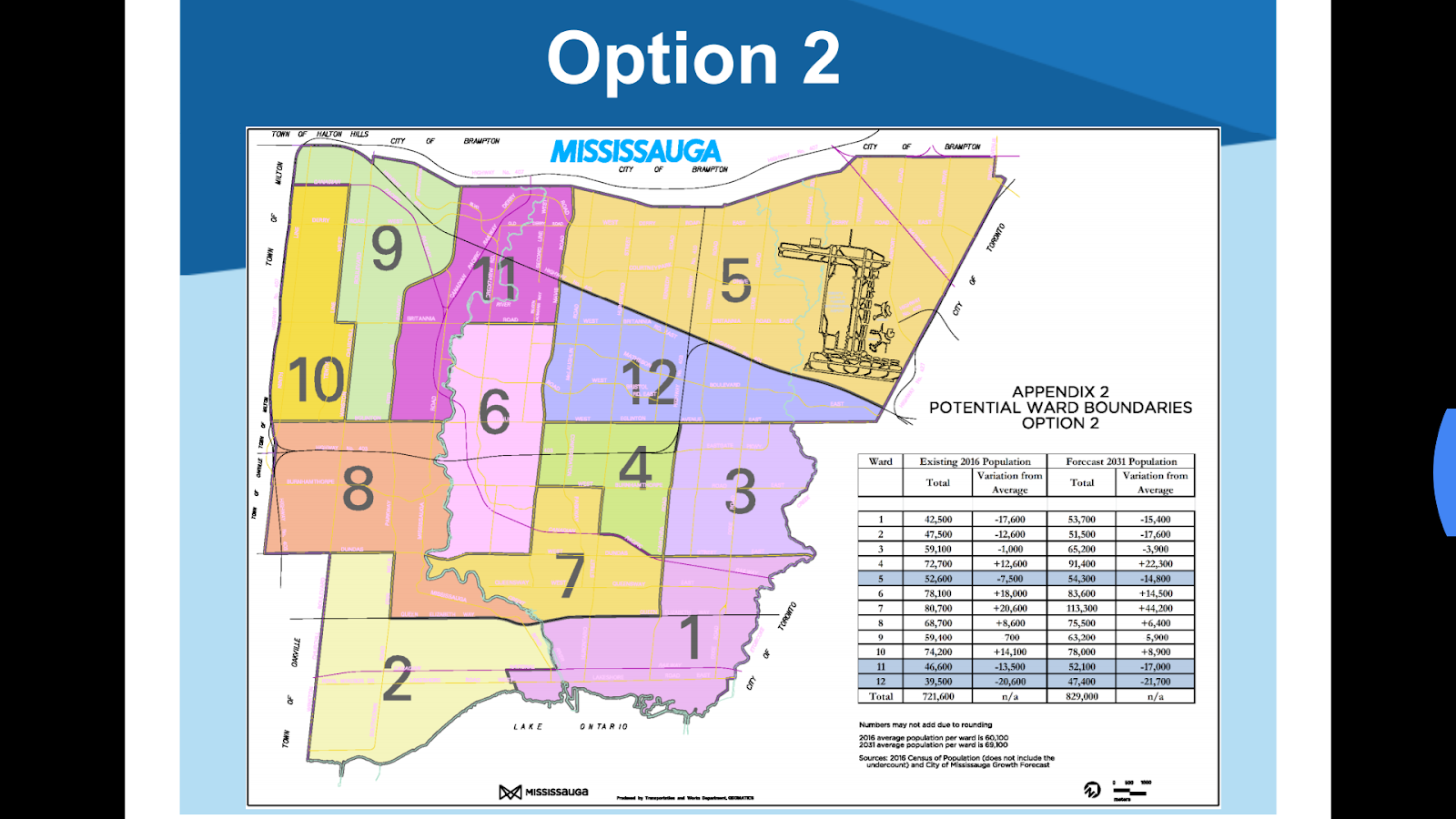 The second option would be to use Highway 401 as the dividing boundary between Ward 5 and Ward 12, giving the latter ward a somewhat ‘door stop’ triangular configuration. The boundaries for this Ward 12 would be Mavis on the west, Eglinton to the south, Highway 401 to the north and all along the stretch of 401 to the easterly boundary of Mississauga.

Ward 5 would end up taking the chunk of Ward 11 west of Fletcher’s Creek to balance out some of the population from the loss of the Britannia Woods community, extending Ward 5 from Malton all the way to Mavis Road.

Based on these revised boundaries, the population numbers of the three wards would be: 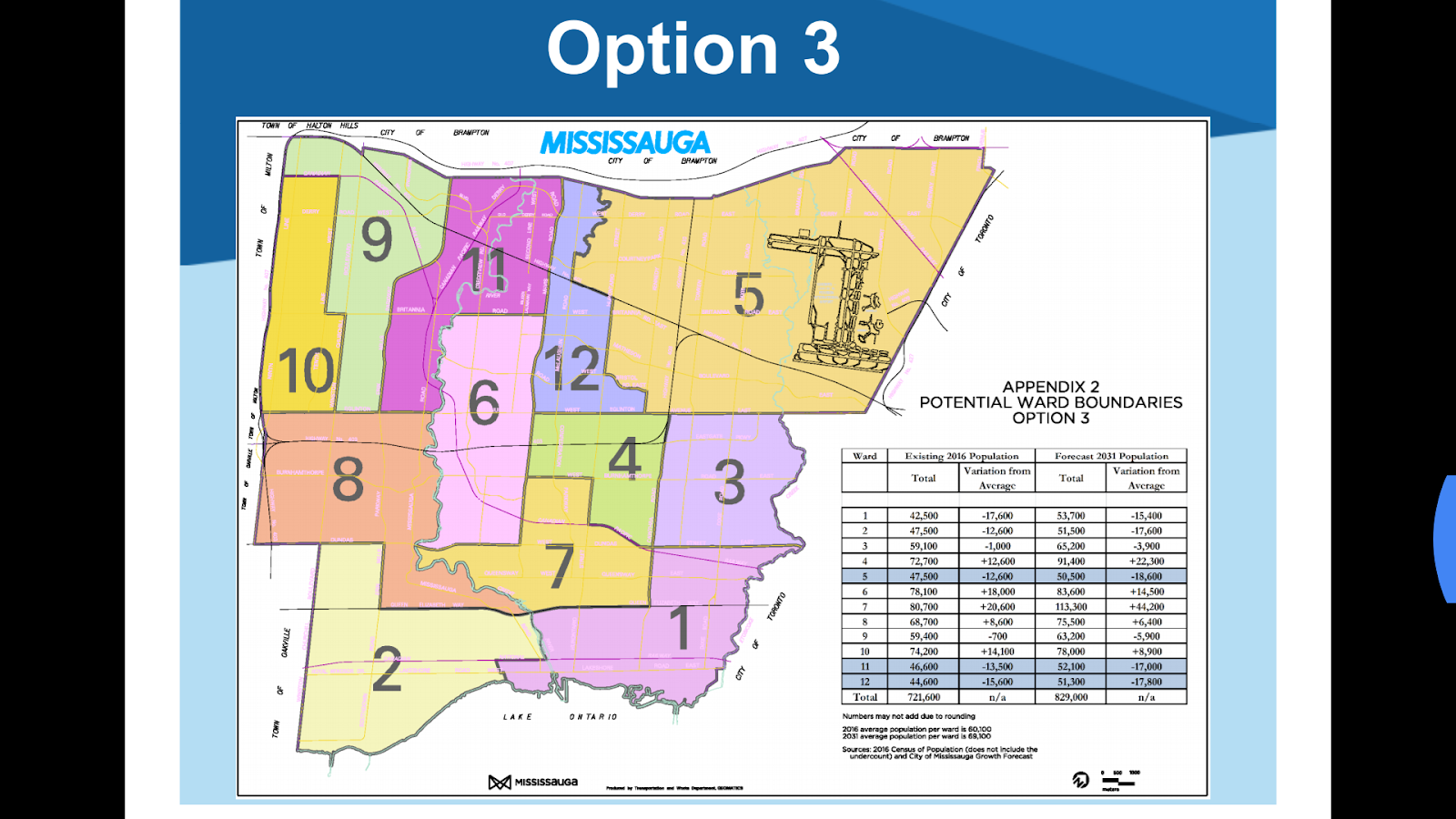 The third option may look as though it was ‘gerrymandered’ (the popular term used in the United States to describe how lawmakers draw their own districts specifically to include or exclude certain voters that will/will not vote for them). But based on the revised population numbers this third option would actually balance out the populations a little more evenly between Wards 5, 11, and the proposed Ward 12.

According to Mississauga City Solicitor Mary Ellen Bench, Mississauga has the authority to redraw their ward boundaries themselves, but if there are any discrepancies, they get dealt with at the Ontario Municipal Board. Which would explain why they looked at tinkering with one ward instead of undertaking a more extensive ward boundary review across the entire city. Municipal politicians have an inate fear of the OMB (as they should).

Wouldn’t a more extensive, city-wide ward boundary review be the more ideal solution? If the numbers that staff showed in their report are to be believed, Mississauga’s population growth is going to happen in the downtown core around Wards 4 and 7, and that should be where ward changes should take place. One councillor suggested creating an additional downtown Mississauga ward from pieces of existing Wards 4 and 7; there were also musings of merging Wards 1 and 2 into a single ward. Wards 1 and 2 do have the lowest population growth under all three scenarios, so there is some plausibility to do that. 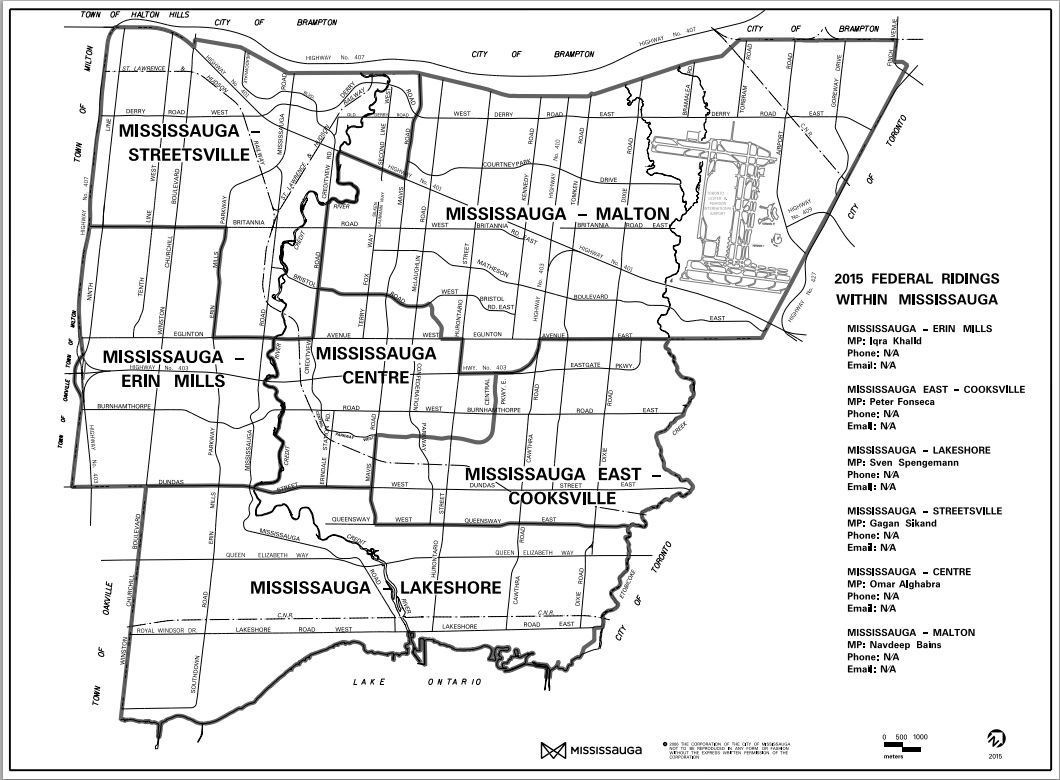 But again, that’s just tinkering in specific areas of the city. One possible alternative is to perhaps take the current federal electoral district boundaries (see above picture) and divide each riding in half, thereby giving Mississauga 12 wards. For one thing, it would reduce staff’s time in this kind of undertaking and to increase efficiency, and give them the weekend off since council opined that they were concerned about getting staff to come do this study on a Saturday morning.

Mississauga council could write this provision into their bylaws to readjust ward boundaries within 2 years of any federal/provincial boundary changes. Municipal ward redistricting therefore will be done for you automatically every 10 years, barring any necesary adjustments here and there.

The other benefit of matching wards with federal/provincial ridings would be establishing clear relations between the three levels of government. For example, the riding of Mississauga East-Cooksville encompasses areas from Wards 3, 4 and 7, therefore the MP or MPP would have to deal with three councillors for their community. I think for most people, knowing that you have one federal member, one provincial member, and at least just two city councillors would be easier to keep track of.

The last federal riding redistribution also looked into keeping unique neighbourhoods together, so they already did city staff’s job on that front, should they have to take keeping communities together as a factor in any future city-wide redrawing of ward boundaries.

Perhaps this method would be a much simpler solution than the tinkering around with specific wards, and doing so would spare the city staff from all this extra work Council was so concerned they had to do.