Mississauga Could Be the First GTA City to Legalize Uber 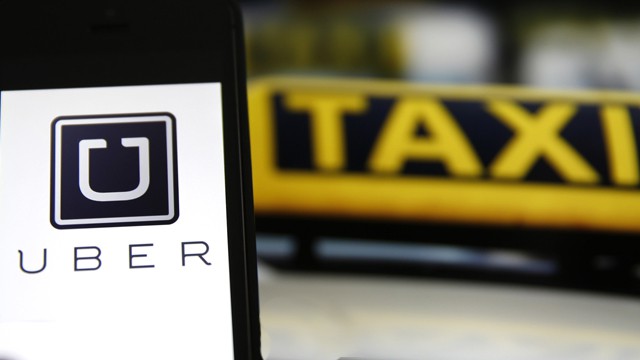 For the past few months, the battle between the taxicab industry and Uber has been fraught with rancor and vitriol, leading to passionate protests on the part of the embattled cab industry in Toronto.

While the lion’s share of the theatrics have played out in The6ix, Uber has a presence in Mississauga and the city is noticing and taking steps to potentially regulate the popular company, along with other ride-sharing organizations.

According to a recent article in The Star, a staff report that’s set to be debated at a March 2 council meeting recommends an “equal regulation” option that would formally legalize services like UberX while still allowing the traditional cab industry to compete with the industrious newcomer.

Mayor Bonnie Crombie released a statement to The Star regarding the issue, telling the newspaper, “I have always maintained that we have to strike a balance between new technologies and an established industry that has a long history of providing quality service. It is important that we create a level playing field that allows for growth and progress within the industry, while protecting public safety.”

According to The Star, city staff has recommended creating a separate licensing category that requires Uber drivers to get the same police background checks and training as cab drivers. They would also need to provide proof of their English proficiency, obtain insurance and provide proof of vehicle inspection every six months.

In terms of fares, the city won’t be touching those as far as Uber goes. To even the playing field for traditional cabs in that sticky arena, the city would allow them to set any price through their apps. That said, cabs hailed on the street or dispatched from a broker would still need to abide by traditional metered pricing. Limos will also be able to eliminate the minimum fares currently enforced by the city.

Uber, if legalized, will not face restrictions in terms of the numbers of vehicles they’re permitted to operate. Cabs will not be granted the same privilege.

Naturally, members of taxi industry aren’t terribly impressed. Mark Sexsmith, a sales manager at All Star Taxi in Mississauga, told The Star that cabbies would prefer another option on the table that proposes few changes to the status quo and ensures UberX remains illegal under city bylaws.

Uber also has reservations about the laws, with Uber Canada spokesperson Susie Heath telling The Star that, “while we believe that many aspects proposed in the staff report support the ride-sharing model, there are some serious flaws that place unnecessary barriers on drivers’ ability to earn on the platform and riders’ access to reliable transportation.”

While it’s unlikely that any change to the city’s ride-sharing laws will please everyone, it’s refreshing to see Mississauga take the lead (within the GTA, at least) on a contentious but prevalent issue that isn’t going anywhere. The report acknowledges the necessity of accepting Uber as a legitimate (and profoundly popular) alternative to traditional taxicabs. While the taxi industry has fought hard to preserve the status quo, their monopoly on the paid private ride market has irrevocably changed. It’s no longer realistic to expect city council to uphold laws that more and more residents disagree with or outright ignore.

City council is acknowledging the need to adapt to a changing market and is proposing safety and fairness regulations that make it easier for taxis to compete with a formidable opponent that’s charging into — and staying — in their arena.

Uber may not love the proposed rules and cabs may not be fans, either. Residents who are tired of the debate are probably happy to see government take steps to formally confront — and hopefully resolve — this issue so everyone can call up the ride of their choice and pay a fair price in a safe, comfortable vehicle.

How has your UBER experience been in Mississauga?
[[nid:6878]]