Mississauga could be home to brand new film and television studio 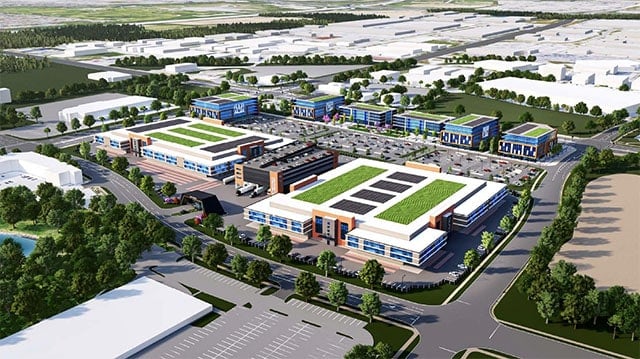 A film and television studio has been proposed for Mississauga and councillors are willing to go so far as to request a typically unpopular Ministerial Zoning Order (MZO) from the province to get the large-scale project up and running faster.

At an April 28 general committee meeting, Studio Bottega Inc. representatives appeared before council to discuss a proposal that would bring two buildings–both spanning over 225,000 square feet–to the Maritz Dr. and Derry Rd. area. According to Studio Bottega’s presentation, the campus, if approved, will create over 2,000 construction jobs and over 5,000 operations and other ongoing positions. David McKay, a planner with Studio Bottega, told council that securing an MZO will allow the project to take shape faster.

MZOs, which are used by the current Conservative government more often than by previous governments, allow the province to decide what will take shape on a specific site. The province’s final decision cannot be appealed by the municipality or local residents.

“This is expediting what will ultimately happen,” McKay told council.

“It’s employment use on employment lands but we would save nine months of time through the order. It’s not conversion, it’s not in the Greenbelt and it will provide a public good.”

Ward 5 Carolyn Parrish said that she’s in support of asking the province for an MZO to get the project done.

“I’m 100 per cent in support of this. I know we’re opposed to MZOs on principle but…it won’t be some big warehouse looking thing right on Hurontario. I think it’s a great idea. We have a film and movie sector growing and this will be the icing on the cake. As the local councillor, I’m absolutely delighted with this.”

At the meeting, Mayor Bonnie Crombie said she supports the project but is unsure if the province will grant the city’s request to issue an MZO.

“We have a bad track record with MZOs,” Crombie said, adding that requests have been rejected in the past.

“If we go out on a limb and ask for another MZO, what kind of luck will we have with this? This is a great project and initiative, but my scepticism is around whether the province will grant an MZO. As much as we would like to assist, I don’t know what our ability is. I want to see this open, I think this is a great project.”

At the meeting, city staff said that Bottega has been in talks with the province and believes ministers are willing to accept the company’s application pending a resolution from the city.

Some councillors said the chance of the province refusing the request is low.

“I think the province will jump all over this, what good news do they have going on these days?,” asked Ward 11 Councillor George Carlson.

“If they turn it down and punt it back to us, they’re essentially sending jobs back to [places like Atlanta]. This proposal is very good news.”