The final stop along the Mississauga Transitway is “officially complete”, finishing an 18 km dedicated bus corridor that had been in the works for years.

The announcement was made this morning as Mayor Bonnie Crombie, Ontario’s Minister of Transportation Steven Del Duca, federal Innovation Minister Navdeep Bains and a slew of other politicians were on hand to christen the Renforth Gateway Transitway station. 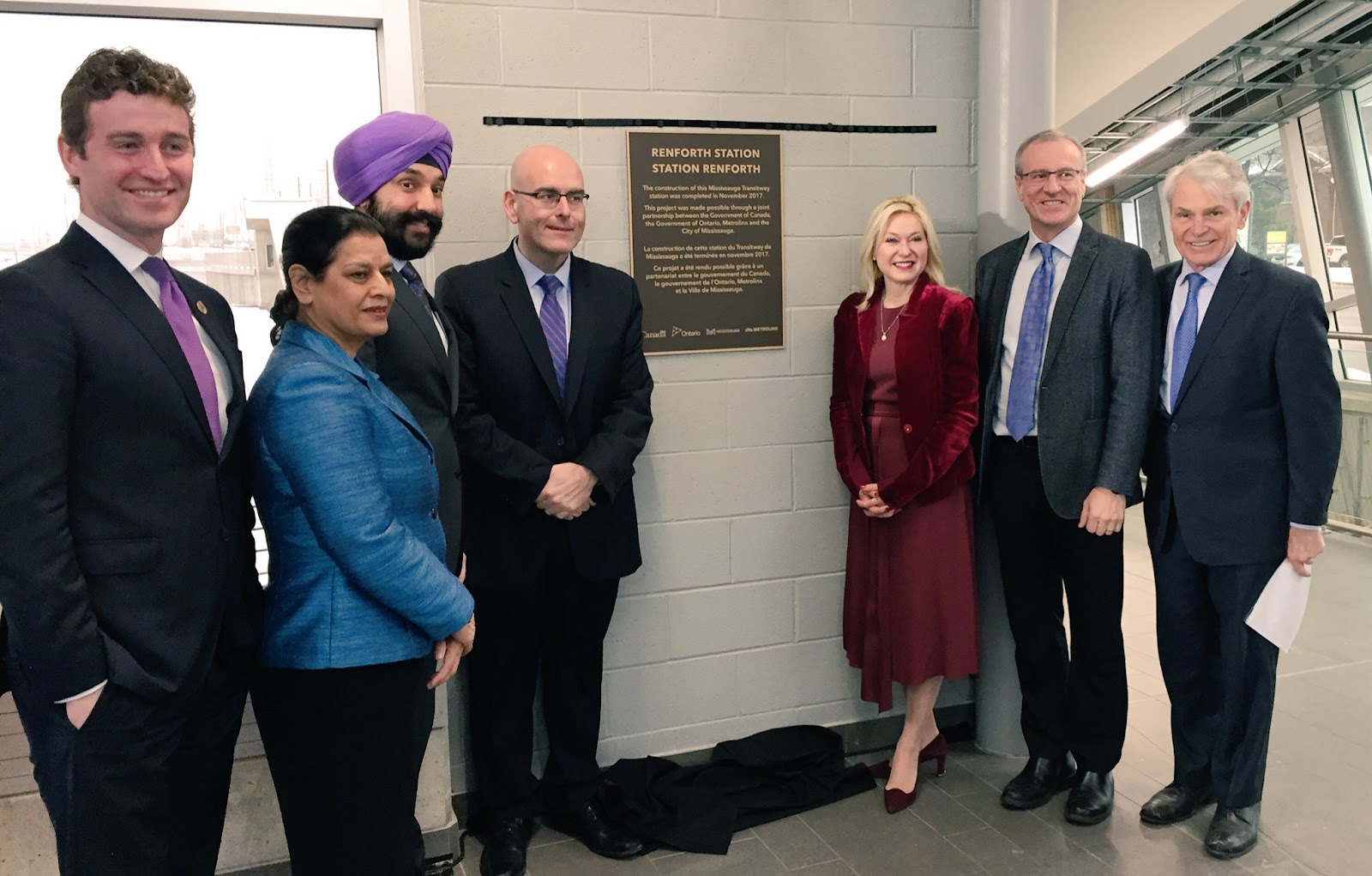 Mississauga Mayor Bonnie Crombie, with federal and provincial politicians on hand at the opening of the Renforth Gateway of the Mississauga Transitway. Photo courtesy of Crombie’s Twitter account

This newest Transitway station will have the following:

The federal government contributed up to $83 million to the project through the Canada Strategic Infrastructure Fund. The province provided $113 million towards the project which includes investment in GO Transit assets related to the transitway.

The Mayor also had additional remarks from this morning streamed from her Facebook page:

This development follows the opening of preceding stations Spectrum and Orbitor that were opened back in May. The Renforth Gateway station will provide connections via the TTC to the Kipling subway station, Pearson International Airport, and a bus to the Eglinton Crosstown, which is slated to open in 2021.

The station is located by Eglinton Avenue and Renforth Drive, located primarily in the midst of commercial properties: 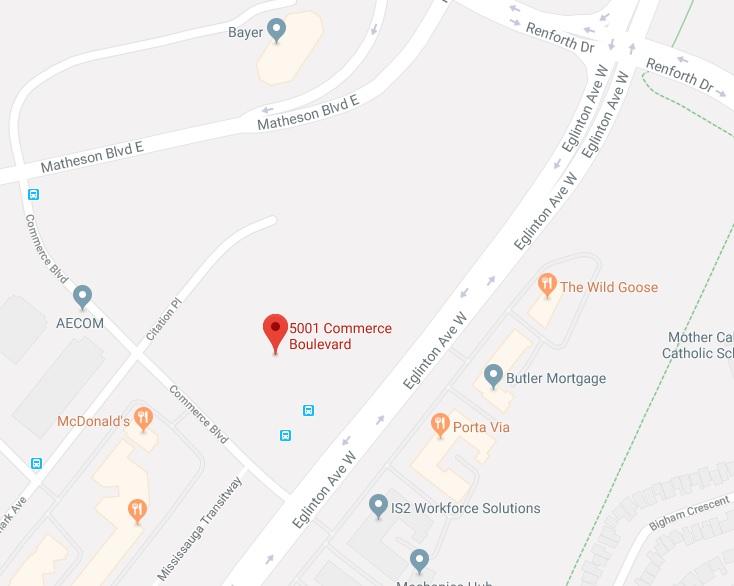 It was rather convenient timing for the politicians to make this announcement, since just the day before the York Spadina subway extension into Vaughan, touted as the largest subway expansion in 40 years, was finally opened to the public with free rides for everyone and a highly publicized promotional campaign.

However, the opening of Renforth did not sit well with a local resident and frequent transit user, Rahul Mehta, who tweeted this in response to the city’s tweet:

So then what was Nov 22nd? You barely gave a weeks notice for the "completion" of our only higher-order transit project, with an unfinished station, and no outreach, promotion, or celebration, only to do this self-congratulation, for gov. officials, a month later?!? Shameful.

Mehta’s assertion is that back on November 22, there was an announcement made about Renforth already opening, but that there was barely any relevant promotion to the public. It was only an unfinished station, with another photo-op for self congratulations amongst the political class who only showed up a month later to score political points.

The lack of public data is even more disconcerting than the regular delays and “quiet launches,” Mehta continued, suggesting that there needed to be an investigation as to why things had gotten so “out of control.” He said he emailed and tweeted multiple times to councillors without any responses.

Another frequent transit user, Alex Lach, replied that he took the bus yesterday at Renforth and said the station is still a work in progress. Lach did note a net positive in that the connection to the TTC is now much better with the station being finished, and most likely they were working on finishing touches in the lead up to the announcement.

But Mehta contends that while connecting multiple agencies is laudable, there was really no promotion and no event for it. He claimed it was an unsafe opening on a still active construction site. From his standpoint, for so much money, the transit hub is a tiny isolated building.

In a slight defense of the city, they did offer free rides for when the Transitway opened their first phase when the stops at Square One, Central Parkway, Tomken and Dixie were first opened. That said, it does seem like they were rushing to finish opening the final station before the year’s end, so they could focus on the Hurontario LRT that is slated to begin construction in 2018.

But the opening of the five new TTC subway stops this past weekend occurred only one day after the political ribbon cuttings, and it was accompanied with vast public promotion. The one difference between the York-Spadina launch and the Renforth completion is that there were places to go to along the new subway extension, such as Pioneer Village and York University.

The City of Vaughan is also undergoing a massive development in and around the final subway station in their area in order to build that ‘downtown’ district that would give people reasons to venture their way to “The City Above Toronto.”

But until the Eglinton Crosstown LRT in Toronto gets extended to Renforth Gateway, the only people going all the way to Renforth would most likely be workers heading to their surburban office parks.

Would you take the Mississauga Transitway more now that it is finally completed?

A popular fusion restaurant recently opened up in Mississauga
While COVID-19 has been tough for most businesses, it’s nice to still see some new and unique restaurants popping up in the city.
END_OF_DOCUMENT_TOKEN_TO_BE_REPLACED