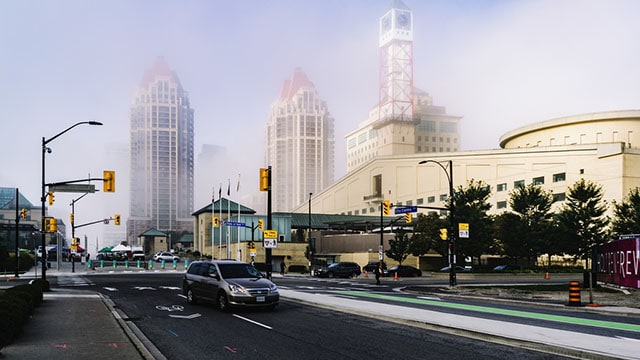 The motion, introduced by Mayor Bonnie Crombie, comes after weeks of anti-racism protests and intense scrutiny of the impact of systemic racism against Black, Indigenous and other people of colour.

The motion was also passed days after the fatal police-involved shooting of Ejaz Choudhry, a 62-year-old father of four who reportedly suffered from schizophrenia and was in crisis when police entered his Malton apartment.

The SIU, an arm’s length agency that investigates reports involving police where there has been death, serious injury or allegations of sexual assault, has assigned six investigators and three forensic investigators to the case.

Crombie, who has been asked whether or not she’ll push to defund Peel Regional Police, recently commented on the incident and signalled her willingness to take a different approach to decisions involving the police budget.

“We are in a pivotal moment right now and it is incumbent on all institutions, including the City of Mississauga, that we take action to address racism and discrimination,” said Crombie in a statement.

“To be good on the outside, we must be good on the inside. It is important that our institutions are representative of the people they serve and that everyone is treated fairly and with respect, free from bias and discrimination. Today’s motion commits the city as a corporation and a community to confronting racism and discrimination, and in particular anti-Black racism and discrimination, and take meaningful action. Our work to confront these challenges is never done, but I am confident that by working with council, city staff, and the broader community, we can take significant steps forward.”

The city says it recognizes that racism and anti-Black racism, in particular, is a crisis that requires immediate action.

At a June 24 council meeting, Crombie spoke about white privilege and said that since most local institutions have been built by white people, they often unknowingly support white community members and their unique interests.

Crombie said the city needs to “take a long hard look in the mirror” to ensure its institutions are representative of the city’s diverse population.

According to the motion, Mississauga is one of the most diverse cities in the world and close to 60 per cent of all residents identify as members of racialized groups.

“The motion requires internal and external examination and action, particularly against anti-Black and anti-Indigenous racism. I believe we must go beyond platitudes and demonstrate measurable actions being taken to address systemic barriers.”

The city said the mayor’s office, in consultation with the Diversity and Inclusion Advisory Committee (DIAC) will convene a series of community-led consultations on systemic racism, anti-Black and anti-Indigenous racism and discrimination and identify areas for systemic change in the community.

The mayor’s office also said it will convene a Black Caucus to advise on equity issues and priorities identified by Black communities and report back to council publicly in six months; review the terms of reference for DIAC to ensure it is fulfilling its mandate and focusing, in part, on anti-Black and anti-Indigenous racism; review the city and Region of Peel’s consultation and communications strategy with respect to racism and discrimination and the reform of its institutions, and work with the Region of Peel to carry out the region’s anti-racism public education/awareness campaigns at the city level.

The city manager and chief administrative officer said he will name, condemn and stand against anti-Black racism in all its forms; review internal policies and programs to ensure all are free from racial bias, and ensure continued implementation of recommendations from the city’s Workforce Diversity and Inclusion Strategy–which includes proceeding with the planned Workforce Diversity and Inclusion Survey when business returns to normal.

The city says it will engage Black employees and their allies in a series of conversations on anti-Black racism to understand their experiences in the workplace and build a plan to address systemic inequities.

“We are listening and learning. There is work to be done and we must do better. We must ensure that our organization’s values, programs and policies are free from systemic racism and discrimination of any kind. I want our Black employees to know that I am committed and our leadership team is committed to addressing racism in the workplace and that racist and anti-Black sentiment have no place at the City of Mississauga. I want all employees to know and understand they have a shared responsibility in preventing and addressing anti-Black racism and discrimination in all its forms,” said Paul Mitcham City Manager and Chief Administrative Officer, in a statement.

“We must continue with the implementation of our Workforce and Diversity Inclusion Strategy which will help ensure we are creating an equitable work environment that values and respects individuals for their talents, skills and ability. One that recognizes the uniqueness of all employees and is accessible, equitable and fair for all.”