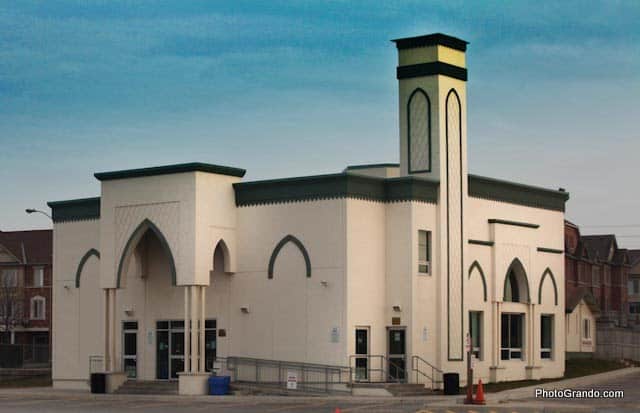 Residents who decried the controversial expansion of the mosque in Meadowvale might not be too happy to learn of another mosque getting the green light to get bigger in Mississauga.

Last week, Mississauga City Council voted to approve a by-law authorizing a development of a 25,000 square foot expansion of an existing mosque along Eglinton Avenue, just west of Terry Fox Way. This application was first introduced during the February 22, 2016 Planning and Development Committee (PDC) meeting.

This is the current appearance of 935 Eglinton Avenue West, which houses the Masjid Al-Farooq mosque:

And these are the sketches of the proposed expansion of the mosque: 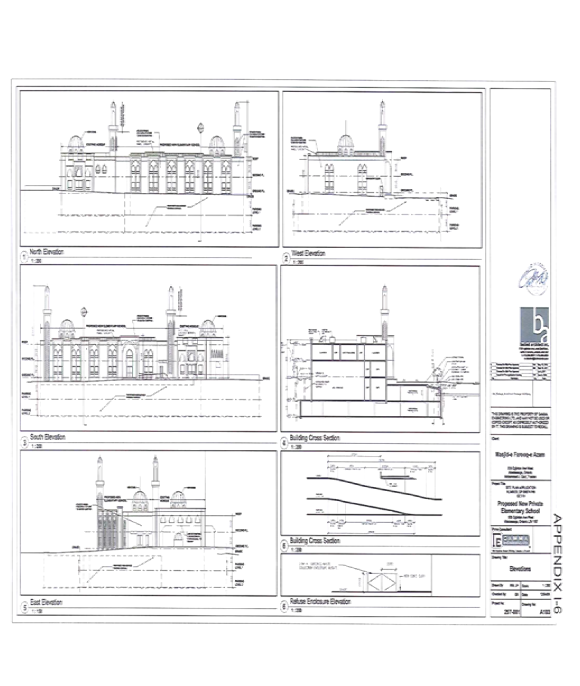 What was noticeable during last week’s council meeting was it appears as though the local councillor who represents this area didn’t have any idea what was going on. Councillor Ron Starr has been the councillor for Ward 6 since 2010, which stretches in a vast vertical rectangle from Britannia Road in the north, Mavis Road in the east, the Credit River in the west, and Dundas Street to the south.

During the meeting Councillor Starr started asking the planning staff for an update on the expansion, which apparently Starr didn’t hear anything about in the last six to eight months from when it was brought before PDC on February 2016. He was relaying the concerns of residents in the area, though he didn’t say specifically what those concerns were about. Starr asked what stage they were at, and Ed Sajecki (the city’s Planning Commissioner) informed him that things were moving forward and that it was approved.

Starr then asked for a meeting with staff as well as a possible deferral, but according to Sajecki, a deferral would only slow things down, which seemed contradictory to getting this file moving along, which appeared to be what Starr wanted.

Also, according to a spokesperson from the city’s Planning and Building staff in an email to Insauga, the applicant has met all the requirements. There was an outstanding parking issue that has now been resolved. The applicant provided over and above the Zoning By-law parking requirements, and as for landscaping, the city will obtain the landscaping through the site plan control process.

Insauga reached out to Starr for a more detailed response regarding this Eglinton Avenue mosque, but as of this writing the councillor has been unable to respond due to a scheduled trip. But it does seem passing strange that, as the ward councillor, Starr was not on top of this file a little more, despite making the comment that this matter has been around since his predecessor was in office.

Back when the Meadowvale Mosque was a lightning rod of controversy (it probably still is) Insauga received a few comments from readers who proudly considered themselves “old stock Canadians,” a term popularized during former Prime Minister Stephen Harper’s last run for office in 2015.

Now, the term is often used in reference to people who allegedly demonstrate thinly-disguised anti-Muslim sentiments when it comes to mosques.

With another mosque expansion on the horizon, it would not be surprising to see some ‘old stocks’ come out of the woodwork and make their opinions known.

It will be interesting to see what happens as the mosque expansion moves forward.