If you're addicted to food-based programming (and we know a lot of you are), you might be excited to hear that a local chef who helms one of Mississauga's trendiest restaurants is about to compete on a brand new Food Network show.

The Food Network is about to premiere Fire Masters, a show that will allow Canadian chefs to show their grill skills to the masses. Mississauga toque Humberto Sanchez, who controls the kitchen at the Wilcox, will be competing. 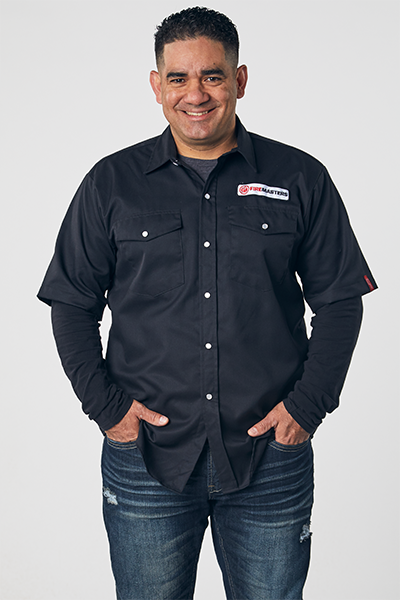 "The chef who shows barbecue mastery through all three rounds of fiery culinary challenges will win the bragging rights of being a Fire Master Champion and the $10,000 grand prize," the Food Network says.

For those who are unaware, Sanchez was born and raised in Venezuela and has over 17 years of experience in restaurants around the world.

According to the Food Network, he has toiled in the kitchen of DiverXO Madrid's only 3 Michelin-star restaurant and the Biltmore Hotel in Miami.

Now, he's the executive chef at the Wilcox Gastropub, a trendy Eglinton and Hurontario mainstay that serves everything from steak tartare and bone marrow to southern fried chicken and oxtail ragout .

The Food Network also says that Sanchez shares his passion for cooking with the students of George Brown College.

He also operates a catering company, Paelleros, which specializes in cooking open-fire paellas for events and festivals.

Other chefs who will compete include Trish Gill, Brad Orrison, Rusty Johnson, Michael Kirkwood and more.

Cocoa-bomb pop-up opening up in time for Valentine’s Day in Mississauga
Mississauga might remain in lockdown for the foreseeable future (perhaps beyond Feb.
END_OF_DOCUMENT_TOKEN_TO_BE_REPLACED