It appears, while Brampton and Mississauga City Council’s may not want to see the addition of the 413, most residents do.

According to a recent poll conducted by insauga.com via Instagram, 64 per cent of respondents said they approve of the new highway, also known as the GTA West Corridor, while 36 per cent are opposed. 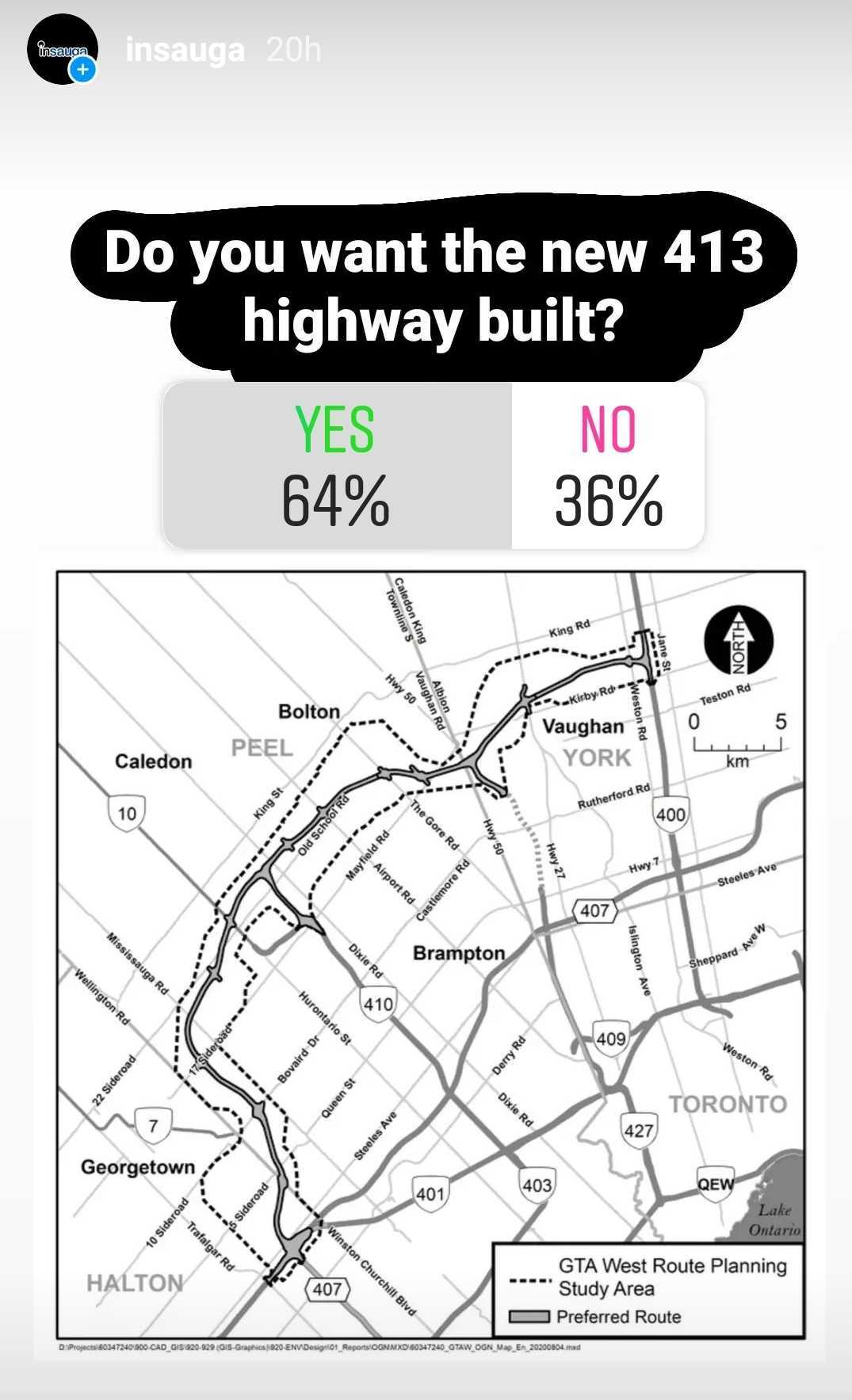 The poll was conducted over 24 hours and nearly 1,200 people participated.

The proposed highway has become a key topic of the upcoming provincial election, the Progressive Conservatives have committed to building the new highway, while the Liberal Party of Ontario and the Ontario NDP have both said they will not proceed with the new highway if elected.

The proposed highway would be 50 km long and run from Highway 400 in the east to the Highway 401/407 ETR interchange area in the west through Halton, Peel, and York Regions.

The new highway is expected to cost between $6 billion and $10 billion.