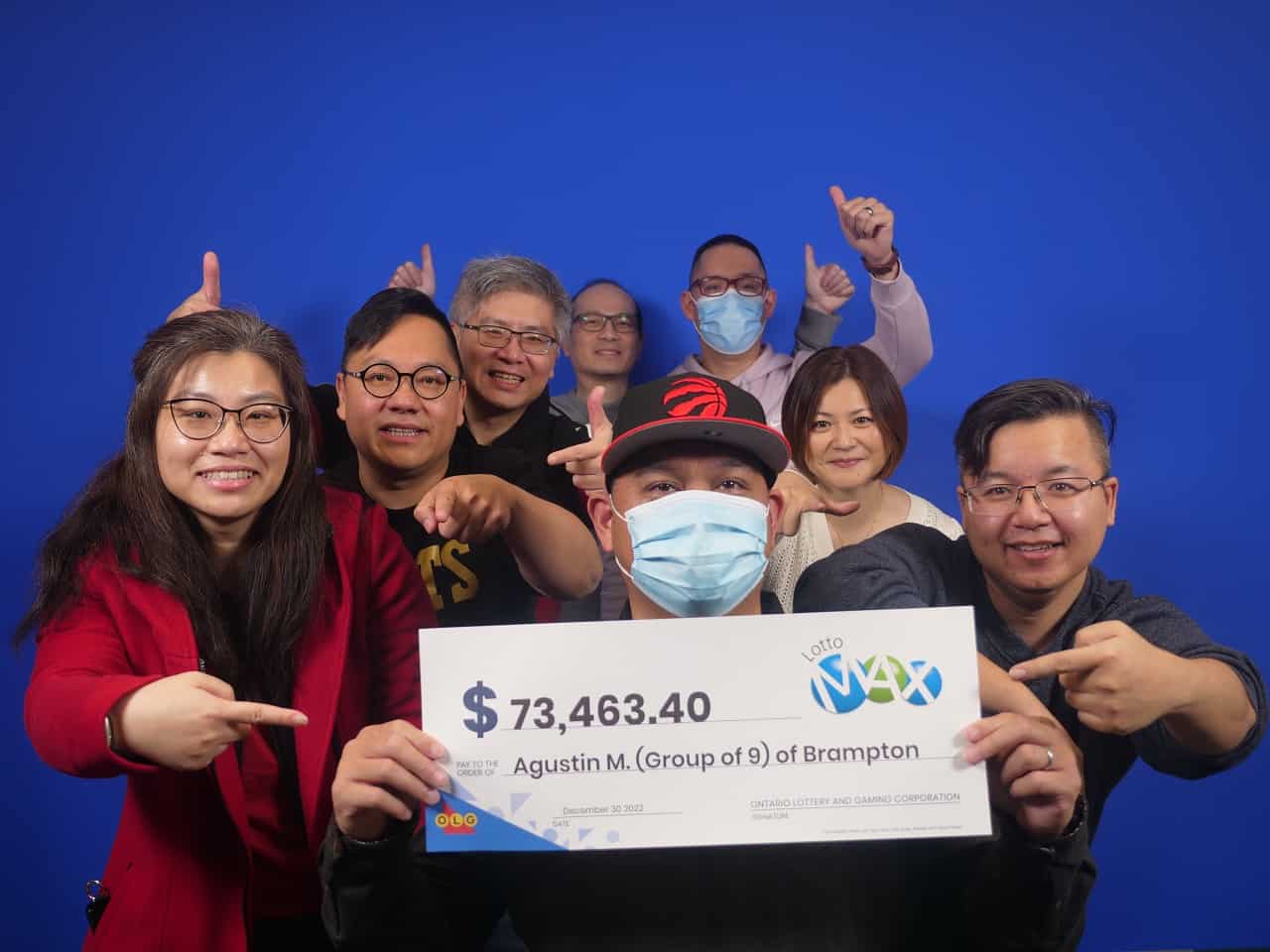 If anyone would know what’s best to do with lottery winnings, you’d think it would be a banker.

Well, what about nine bankers?

Two Mississauga residents, a Brampton man and an Ajax banker are among nine people who’ll share a $73,443 windfall after their Lotto Max ticket won a second prize in the Sept. 6 draw.

Actually, group members, who all work at banks, can add $20 to that prize amount after another ticket they had in the draw was a winner, too.

Members of the winning group are Davin Wong and Yunping Wong, both of Mississauga, Agustin Magno, of Brampton, Adam Yee, of North York, Khoa Nguyen, of Toronto, Lai Qiao and Man Lam, both of Markham, Maria Solitario, of Scarborough, and Mark Reyes, of Ajax.

Group members say they play the lottery together each week.

“It’s a routine play, so we didn’t expect anything out of the ordinary,” said Magno, while at the OLG Prize Centre in Toronto to pick up the group’s winnings.

Magno added that he discovered the win while checking the ticket at the gas station.

“I messaged the group chat and they thought it was a joke,” he laughed.

“This is life changing,” said Yee.

Plans for the money include paying bills and buying additional Christmas presents.

“This is a nice bonus,” said Reyes.

The winning ticket was bought at Petro Canada, on Financial Dr. in Brampton.