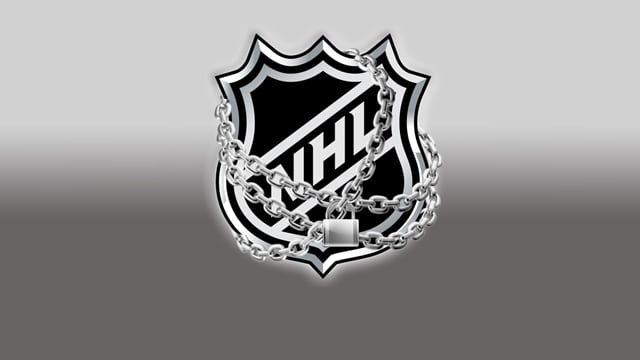 Steve Dangle is sad. Last year, the in-arena announcer for the Mississauga Steelheads made the jump to living the dream every Saturday as he got to work behind the scenes at the center of the hockey universe, at CBC’s Hockey Night in Canada. Every shift was a thrill, and every night was better than the last. That was until, of course, the NHL decided to lock its players out and postpone Steve’s dream for a little while longer.

So far the lockout has surpassed 100 days. Despite offers from both the NHLPA and the NHL, neither side has been able to come to an agreement to get teams back on the ice. Player salaries are being lost, and owners have not been generating any revenue. But besides the millions of dollars being thrown away on both sides, the most passionate fans in Mississauga have had to endure significant emotional toll.

Michael Cardinale, native Mississaugan and ticket holder of the Leafs for five years now, says he misses a lot more than just the hockey itself. “You know what I miss the most? Fantasy hockey. The last two years I’ve been playing religiously. I guess I liked being in control of a team, being my own manager, it was a blast. We had a great group of guys,” he said.

Although most bets were small, the camaraderie of playing a game with your friends and all the ribbing back and forth that comes with that has been lost. And without the NHL, Cardinale has been finding it hard to replace the best hockey league in the world.

“If the Oklahoma City was playing every night with Hall, Nugent Hopkins and Eberle I’d probably watch, but I also don’t want to see some 36 year old scrub who couldn’t hack it, you know?”, he said with a laugh.

Without the allure of watching the best in the world compete, the luster of second tier hockey doesn’t seem to be very attractive to most fans. Michael Cordi, A former Junior A player who played for the Streetsville Derby’s had a similar sentiment to express.

“I don’t find it the same. Competing for the Stanley Cup it’s the ultimate. What really bugs me about the KHL is all the sponsors on the jerseys, it just doesn’t seem like a pure sport,” he said.

Steve Dangle, who is a Producer with the KHL, an in-arena host for the Mississauga Steelheads, freelance writer and video blogger, said although he finds the KHL an entertaining brand of hockey, the lockout has cost him his dream job and says he’s not happy with the league.

“Last lockout, some very fundamental things had to be changed about the game. This lockout just seems like posturing nonsense,” Dangle said.

However, despite the ongoing lockout and the very real prospect of not having an NHL season for the second time in eight years, there is reason to be optimistic. Recently, the NHL proposed a deal that if accepted would get the season to start on January 19th. The schedule would be a shortened to 48- games for all teams, with playoffs ending around mid- June.

And although the NHL has upset its most passionate fan base, it looks like most fans love the game too watch to turn away.

“I would for sure watch. I hate the fact that they stopped playing, but if they were to come back, I would watch. There’s really nothing else to watch on T.V,” Cardinale said.

Cordi and Dangle both agreed that they would watch, although begrudgingly. The NHL to them is just simply the best league in the world, and one that offers too much excitement. While it has been upsetting for some fans, and has even cost some their livelihood, the game is too good a product to just ignore. They’re not happy with what has gone on, but when the puck drops they’ll be watching.

And for Cordi, the lockout hasn’t been a total loss.

“One thing I want to say is I’ve had a lot more free time to get better marks in school.

It took up that much of my life.”