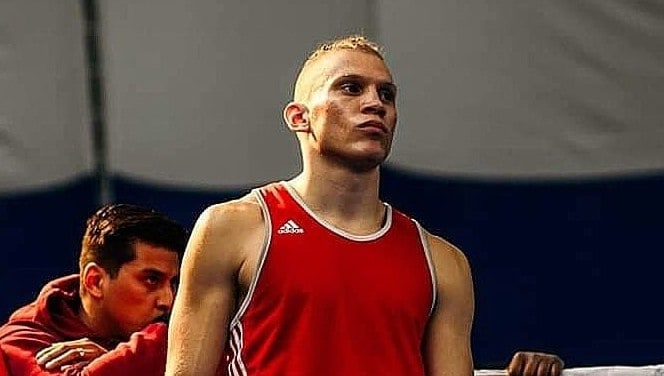 When the pandemic first started, the sporting world was brought to an abrupt halt. All pro sports were postponed initially, and it wasn’t until months later anything started to resume.

Now, more than a year into the pandemic, most sports have resumed to full or partial capacity. All except one major sporting event, which is still up in the air.

The 2020 Olympics—if you can still call them that considering we’re now into 2021 and they have yet to happen—appear set to proceed.

However, many of the major qualifying events had to be cancelled in order to prevent spreading the virus.

Because of this, many athletes who were getting ready for qualifying events will now have to wait and find out if they’ll be invited to the biggest tournament in the world.

Mississauga’s John-Michael Bianco is one such example.

After winning a major tournament in 2019, Bianco joined Canada’s national boxing team and began working towards competing in the Olympics.

Bianco was set to compete in a qualifying tournament in Argentina in March of 2020, but it was cancelled when everything was put on hold because of the pandemic.

Training through the pandemic has been difficult for Bianco, as his gym, along with most others, was forced to close.

However, he was able to come up with creative ways to keep working on his skills.

“When the pandemic first started, my coach and I were training in a parking lot because all the gyms were closed. We were doing that for most of the summer months, and my training mainly consisted of that plus a lot of running,” he says in an interview with insauga.com.

However, a second wave of the virus meant gyms were once again forced to close. Some athletes, including Bianco, were able to get special permission to continue training, but they still needed a facility to allow them to do so. “With all the restrictions in place, it has been really tough to get into any gym,” Bianco says.

In February, Bianco went to Montreal, along with the other members of the national team for a training camp intended to help them prepare for the Olympic qualifiers.

However, just four days into the two-week camp, one of the athletes tested positive for COVID-19—everything was shut down, and everyone was sent home.

Despite this, Bianco continued training and preparing for the tournament, which was scheduled for early May in Argentina.

However, in late April it was announced the qualifier was off. As opposed to the first time, which offered hope for a future event, this time, there was none.

“It really sucks because it’s an entire year spent training for this moment that doesn’t even end up happening—it takes time away from other things, family, friends, other jobs. I’ve had to put my career on the back burner—I’ve been off work since December in order to focus on training full-time for the qualifier, so to hear that news for a second time was devastating,” he says.

However, while most qualifying events have been cancelled, the International Olympic Committee still intends to have the Games this summer.

Without qualifying events, another metric will need to be used to determine who gets to compete. For boxing, this will be a points-based ranking system that is largely dependent on international tournaments.

This is not good news for Bianco, as he joined the national team late, and was unable to attend many international competitions.

“I was only able to compete in one tournament, and the tournament I went to isn’t even part of their rankings,” he says.

While Bianco hopes he’ll be invited to compete in the Olympics, he’s also prepared for the possibility that he may not.

“I’m still kind of weighing my options and waiting to find out about the Olympics, but once that’s finalized, if I’m not going, I’ll have to start looking into the pro world—figuring out who I want to work with,” he says.