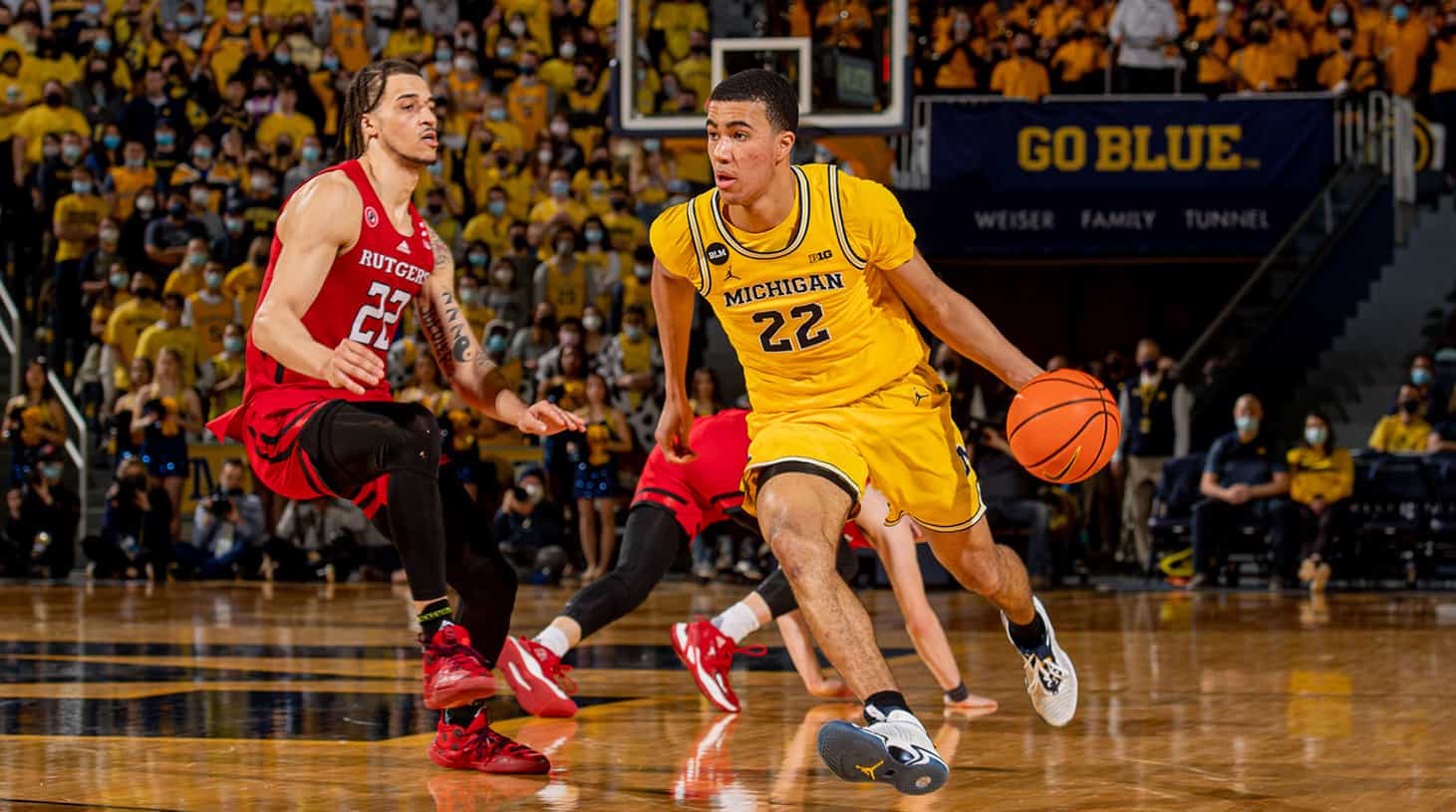 Caleb Houstan of Mississauga, who spent the past season with the University of Michigan basketball team, was selected by the Orlando Magic in the NBA draft last night (June 23).

The 19-year-old was taken in the second round, 32nd overall by the Magic, and will now head to the professional ranks after playing one season of top-tiered college hoops with the Wolverines.

Houstan, who grew his game with the UPlay Canada and CIA Bounce development programs, moved with his family to Florida before entering high school in order to play at the famed Montverde Academy. The prep school is also the alma mater of fellow Mississaugan RJ Barrett, who is now a starter for the NBA’s New York Knicks.

With Michigan this past season Houstan averaged 10.1 points, 4.0 rebounds and 1.4 assists per game and helped take the powerful Michigan squad to the Sweet 16 in the NCAA Tournament.

Although he had college eligibility left, Houstan raised some eyebrows by entering the NBA, but he hopes his skills can be polished at the professional to allow him to be an important contributor to the Magic next season.