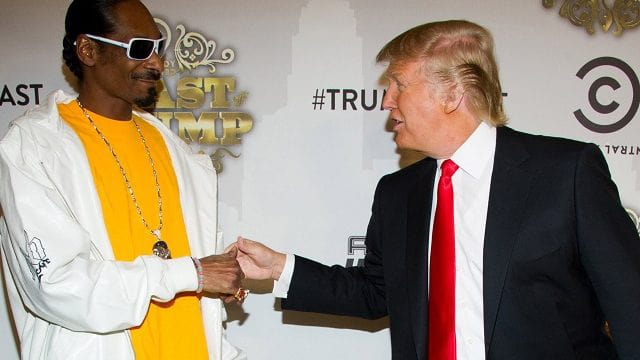 Remember a simpler time when an American president merely mangled the pronunciation of ‘Mississauga’ to hilarious results and everyone got a good chuckle out of that, including the president? These days, when the current President of the United States, Donald Trump, opines about any random subject he feels like commenting on, people aren’t sure how to react with jest or with some genuine concern.

President Trump has a habit of getting into verbal spats on Twitter with various individuals and organizations. Those he has feuded with include not only Democrats and other political opponents, but the cast of the Broadway musical Hamilton, the TV network NBC, Arnold Schwarzenegger, Meryl Streep, Nordstrom and a host of media outlets and reporters. You would think that at some point President Trump’s handlers would have found some way to redirect their boss’ attention on MAKING AMERICA GREAT AGAIN. But recent Trump tweets delved into a topic that seems very much out of place for him to comment on (even for him): Snoop Dogg and his latest remix video.

You heard correctly: the President of the United States felt it was necessary for the world to know his thoughts on the current state of rap music. Trump and Snoop are no strangers to one another; Snoop was one of the roasters at The Celebrity Roast of Donald Trump back in 2011. But if you’re wondering how does this story relates to Canada’s sixth largest city, it’s because there is a minor Mississauga connection in this feud between the president and Snoop Dogg.

The video in question features Snoop Dogg doing a remix version of an existing song entitled “Lavender,” which depicts a dystopian reality where all people are somehow clowns, even a parody version of President Trump (called ‘Ronald Klump’ in the video). In one scene, Snoop Dogg ends up shooting “Klump” (Trump) in the head with one of those toy guns with a “BANG” flag popping out upon pulling the trigger.

The original track is from a band named BadBadNotGood, whose band members Alex Sowinski and Matt Tavares originally from Mississauga. They tweeted a response upon release of Snoop’s video, saying they were very honoured. Here is the original song.

If you have ever seen any of Trump’s tweets or follow Trump’s Twitter account, you will know that it is a mix of official sounding presidential material mixed in with what sounds like random thoughts in the middle of the night. Here is the President’s response on Snoop Dogg’s video:

Can you imagine what the outcry would be if @SnoopDogg, failing career and all, had aimed and fired the gun at President Obama? Jail time!

This may surprise you, but Trump makes some sense in this regard and this regard only: making light of the potential assassination of the leader of your country is no laughing matter. Considering that the United States has had a history of political assassinations stemming back to Abraham Lincoln all the way to John F. Kennedy, as well as attempts on a sitting president’s life such as the case with Ronald Reagan, someone shooting Trump during his time in office is a strong possibility.

However, this music video is clearly satire. The clown motif gives off the impression as to how our society is one big clown show with all the nonsense going on around the world. Perhaps Snoop was metaphorically ‘shooting down’ Trump’s terrible ideas like the Muslim ban, the Mexican wall, the rolling back of environmental regulations and the United States government’s renewed crackdown on marijuana distribution (I’m sure Snoop hates that last one the most).

And once again, in the midst of this little feud between one of the most famous rappers in the world and…well…the most infamous person in the world at the moment, some nice musicians with Mississauga roots have gotten caught up in it all.

Hey, anything to get people to pay some attention to Mississauga, right?