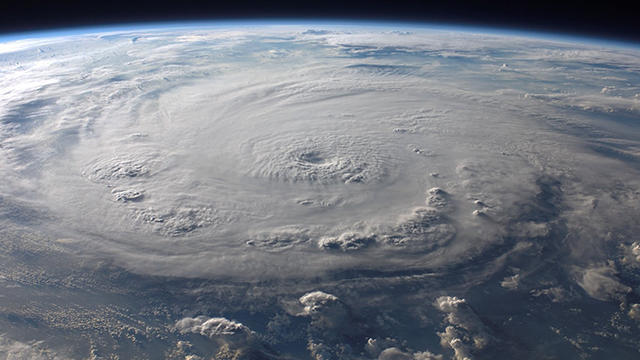 The City of Mississauga has approved the city’s first ever ‘Climate Change Action Plan’, with the eventual goal of the city becoming completely carbon neutral.

“Climate change is one of the most pressing issues of our time. We have already begun to feel the impacts of our changing climate, with increased flooding, rainfall, ice storms and some of the hottest summers on record,” said Mayor Bonnie Crombie.

There are two goals set out in the plan, with reduction of greenhouse gases being the first. An interim target of 40 per cent below 1990 levels by 2030, followed by GHG reduction targets of 80 per cent by the year 2050, eventually reaching zero emissions. 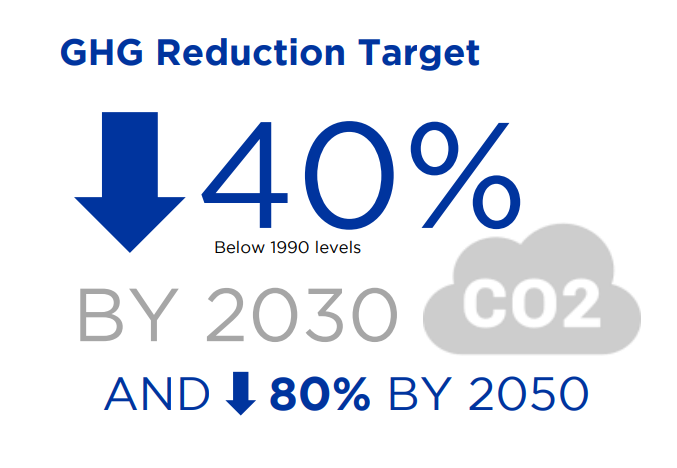 The second goal is adaptation by developing increased resilience and the capacity of Mississauga to withstand and respond to current and future climate events.

“There is a scientific consensus from around the world that our climate is changing. A recent report on climate change from Natural Resources Canada (2019) shows that Canada is warming at twice the rate of the rest of the world,” the CCAP reads.

“Approximately two-thirds of the world’s carbon emissions are tied to activities occurring in cities and urban areas and cities are at the forefront of facing the increasing cost of adapting to the impacts of extreme weather caused by climate change.” 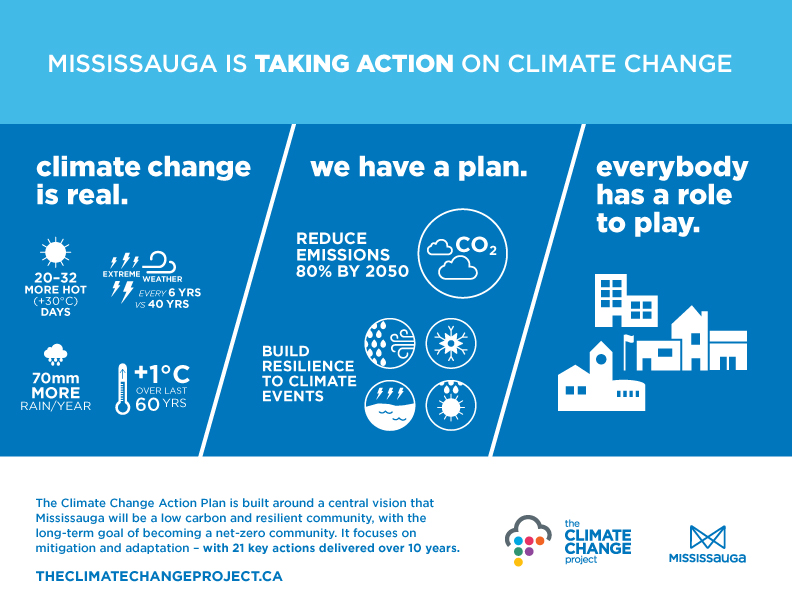 The report also says the city has experienced an increase in the frequency of extreme weather events, including heavy rainfall, ice storms, and some of the hottest summers on record as climate change is costing residents, adding that in 2018 insured damage for severe weather events across Canada reached $1.9 billion.

Mississauga had previously taken prior measures to address climate change. In 1999, the city joined the Partners for Climate Protection program, a joint initiative with ICLEI-Local Governments for Sustainability and the Federation of Canadian Municipalities.

Ten years later, the city passed a resolution supporting an “ambitious, fair and binding international climate agreement,” and this was followed by Crombie signing the Global Covenant of Mayors for Climate and Energy in 2017.

This year, the city declared a climate change emergency following suit with several cities around Canada and around the world.

Mississauga’s CCAP has five action pathways: buildings and clean energy, resilient and green infrastructure, accelerating discovery and innovation, low emissions mobility and transportation, engagement and partnerships. The estimated financial cost of each action ranges from $100,000 at low cost to as high as $500,000 at high cost, if not already covered by existing staff capacity or operating budgets.

Elaborate plans such as this usually require concrete measurable results accompanying them. The CCAP outlined specific indicators to show whether the action areas were being achieved: 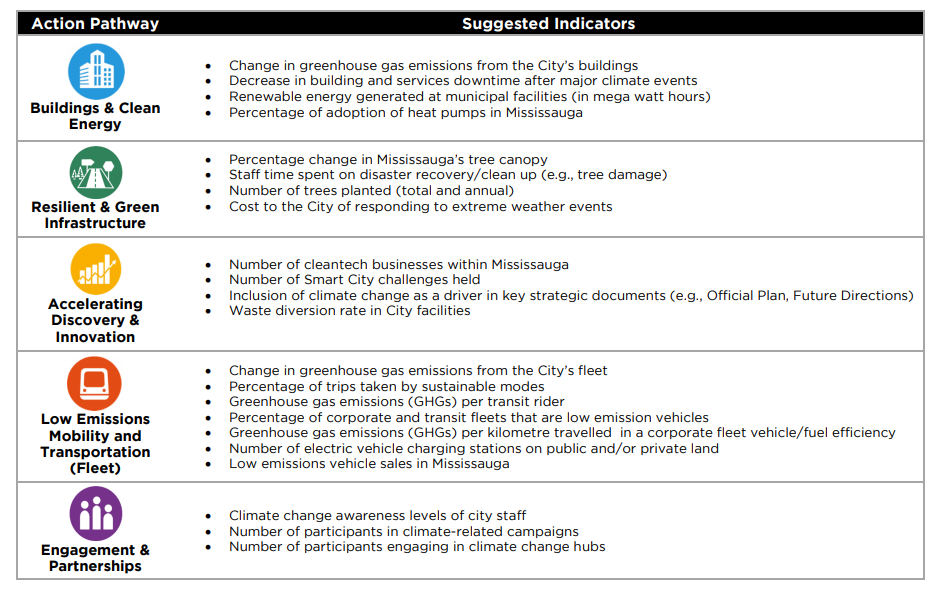 If you thought Mississauga’s climate targets were ‘ambitious’ by any means, they are…depending on who you’re comparing them with. The provincial and federal governments are each aiming for a 30 per cent GHG cut by 2030 based on 2005 levels.