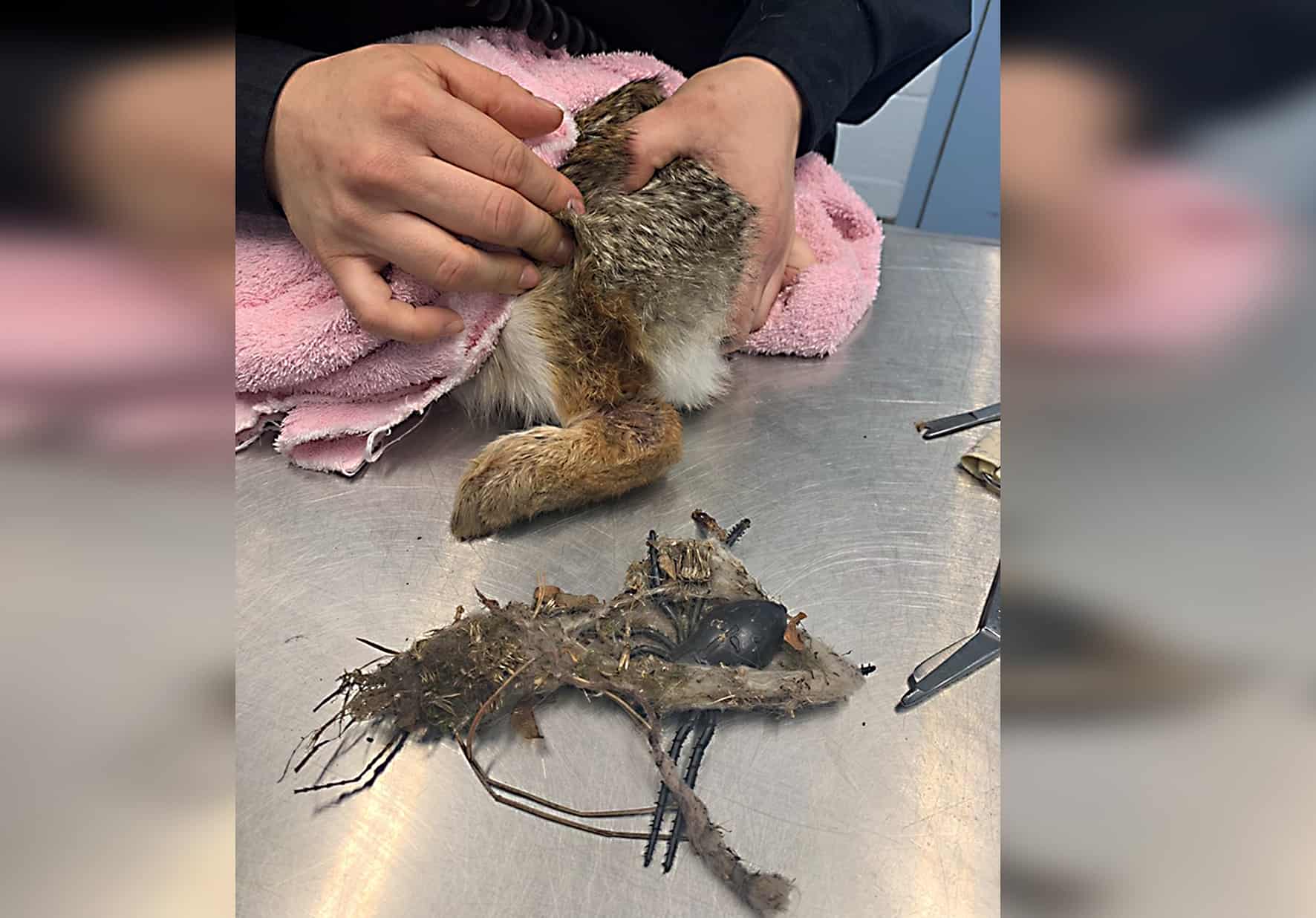 Animal Services got a call about the rabbit caught in faux spider webbing and dragging along a plastic spider on Monday (Oct. 31), the city posted on Facebook.

Fortunately, animal control officers freed the rabbit and released it.

But the incident has the city reminding people to take down fake spider webbing on houses, trees and bushes.

“Animals and insects get caught in them, causing injury,” the city says.

Fake cobwebs are a danger to deer, squirrels, raccoons and insects, according to earth.com.

“Birds are likely at the greatest risk of entanglement, especially when cobwebs are hung off the ground and obstruct a bird’s flight path,” earth.com notes. “Since the cobwebs are lightweight, they can also blow away and enter animals’ habitats.”

The webbing might be better used inside homes rather than outdoors.

“Next Halloween, consider using faux webbing indoors and leave the actual webbing to the spiders outside,” the City of Mississauga suggests.

The city also reminds people to dispose of their pumpkins properly. Pumpkins can go in a green bin, yard waste container or compost. Some area farms also take pumpkins as a treat for pigs.

Pumpkins can attract rats, and Mississauga, recently identified as the second-rattiest city in Ontario for the fourth time, doesn’t need more rodents.