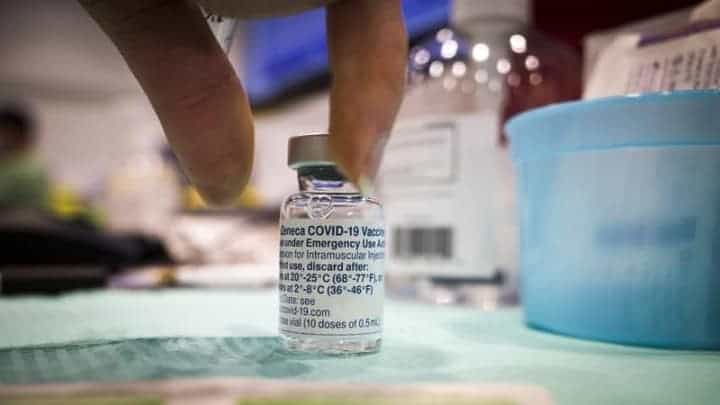 Ontario residents who received a first dose of the Oxford-AstraZeneca COVID-19 vaccine in mid-March will be able to book their second shot this week as the province seeks to use up its stockpile before it expires.

The province’s top doctor said last week that those who got their first jab of AstraZeneca between March 10 and March 19 during a pilot project at some pharmacies and doctors’ offices will be prioritized for the second dose.

Though the recommended interval between shots is at least 12 weeks, the second injection is being offered to that group after 10 weeks in order to make use of 45,000 doses set to expire in roughly a week.

Another 10,000 doses of AstraZeneca are due to expire next month.

The province currently has more than 300,000 doses in stock.

The province has said those who got their first dose of AstraZeneca after March 19 will be able to book their second in the near future, but no additional details have been provided so far.

AstraZeneca has been linked to rare, potentially fatal blood clots, prompting several provinces to recently stop using it as they await further research.