Amazing Race: Canada is due to start a new season. Amongst the teams that will be fanning out across Canada to compete in various challenges are two young men from Peel Region. 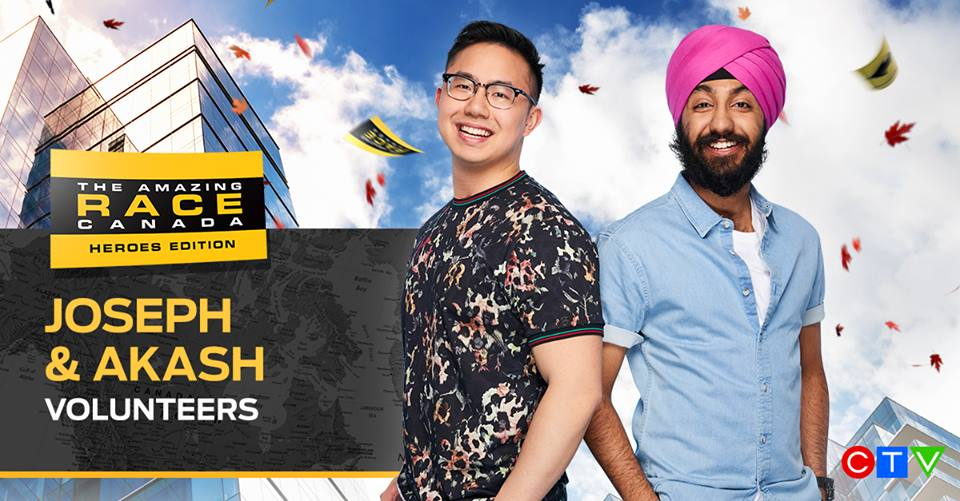 Joseph Truong, 23, from Mississauga and Akash Sidhu, 22, from Brampton are the youngest team. Truong and Sidhu have been friends since high school and both attended York University. In fact, the graduated together and created their own non-profit charity business. They are both also active volunteers in organizations such as the Seva Food Bank.

The ‘heroes’ theme for this season’s Amazing Race stems from an acknowledgement of those that don’t necessarily wear capes or masks, but those who contribute regularly to the betterment of society, such as those in the military or police service, teachers, nurses, or charities and non-profit industries.

“We’re both superfans of the show. Akash and I both love travelling and we knew when we graduated from university we needed to apply for the show,” Truong said during subsequent interviews with CTV, saying that both of them studied the show intensively to the point where they’ve developed an “Amazing Race Bible”.

Other participants include two Toronto Argonauts cheerleaders, first responders, navy sailors, retired air force pilots, and members of the RCMP. The winners will each take home a new 2018 Chevrolet Traverse Redline, a round the world trip, and $250,000 in cash.