Mississauga and Brampton Mayors Appointed to Peel Police Board 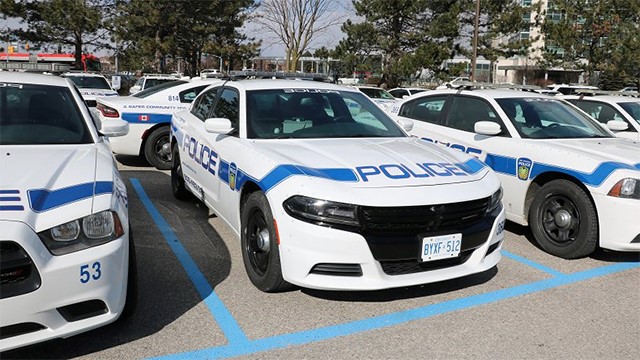 The 2018-2022 makeup of the Peel Police Services Board will have some familiar faces and at least one new one.

Mississauga Mayor Bonnie Crombie, Brampton Mayor Patrick Brown and Peel Regional Chair Nando Iannicca were sworn in last week as members from their respective municipalities on the board.

Proud to be sworn in to serve on the Peel Police Services Board. I look forward to joining @patrickbrownont , Chair Iannicca and other members of the board. I thank those who served before me, especially my colleague @Sue_Ward10, for their service. Important work lies ahead. pic.twitter.com/rY6cNYApL3

Honoured to be sworn in to serve on the Peel Police Services Board. I look forward to joining, @BonnieCrombie, Chair Iannicca and other members of the board to enhance public safety in the @regionofpeel #brampoli @PeelPoliceMedia pic.twitter.com/ZvOUsFbdeA

Brown will serve only two years until 2020, at which time Regional Coun. Martin Medeiros will assume Brampton’s spot on the police board for the remainder of the term. Crombie will serve the entire four years.

The regional chair automatically sits on the board. There are three citizen appointments made by the provincial government as well as one additional citizen members appointed by the Region.

The last time Crombie and her then counterpart Linda Jeffrey were on the police board, they oversaw some significant issues such as street checks. Crombie had clashed with Police Chief Jennifer Evans over that issue, with the mayor in favour of abolishing the practice and Evans favouring its continued use.

Evans recently announced her retirement so the board will have to look for a new chief.

During his mayoral campaign, Brown stressed the need to put additional investments into public safety in Brampton as well as more recreational programs to get youth occupied with more productive activities rather than get involved with gangs.

It remains to be seen if the new head of the country’s third largest police force, as well as the new board, can find solutions to the challenges of public safety in the years ahead.