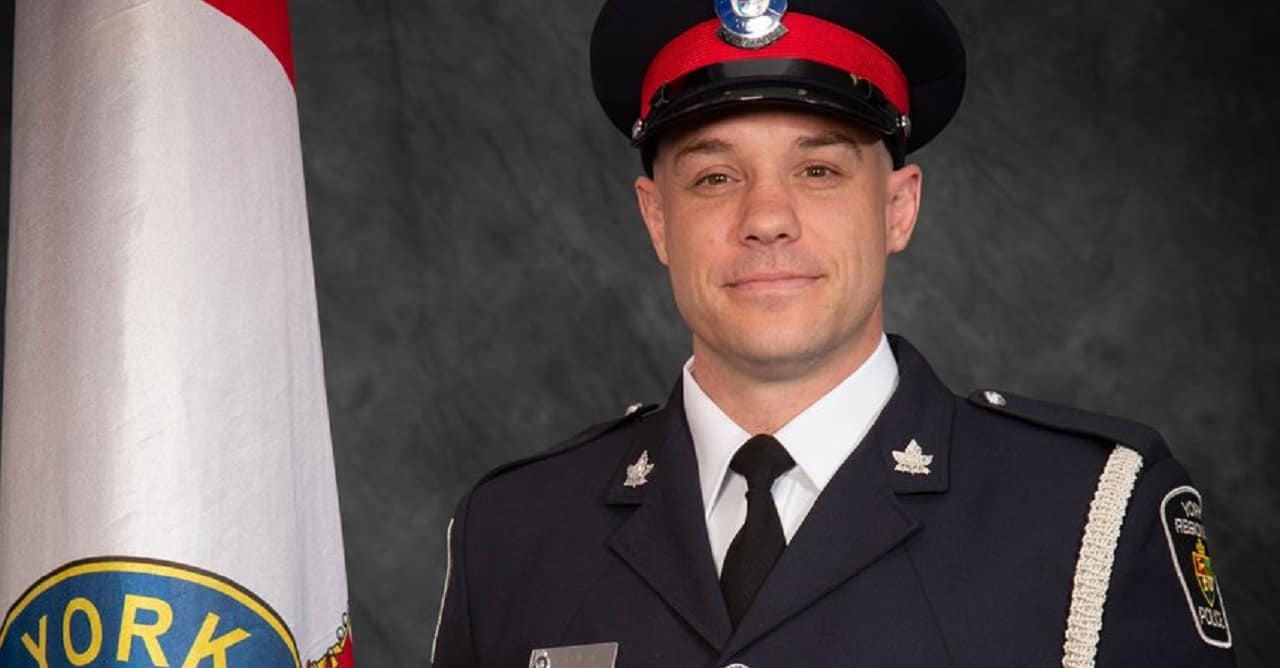 At around 6 a.m., a white Honda Accord and a Porche Cayenne collided at the Markham intersection of Major Mackenzie Drive and Warden Avenue.

The driver of the Honda, 38 year old Cst. Travis Gillespie of York Police, was pronounced dead at the scene.

The other vehicle’s driver, a 23 year old man Markham man, was transported to hospital.

Peel Police have been called to investigate the collision “to ensure members of York Regional Police are not further traumatized by this incident.”

“This is devastating news for all members of our organization,” said York Police Chief Jim MacSween. “I offer my deepest condolences to Travis’ family, friends and colleagues. It’s never easy to lose a member and to have lost Travis so unexpectedly is very difficult.”

Premier Doug Ford and other police forces and emergency services in Ontario also shared their condolences.

I’m gutted by the news of the tragic death of another police officer in our province.

My thoughts are with the loved ones of Constable Travis Gillespie and the entire @YRP family as they mourn the loss of their beloved colleague.

On behalf of the members of @PeelPolice, I offer sincere condolences to Cst. Gillespie’s family, loved ones and all of @YRP. A tragic incident took the life of an officer too soon, our thoughts are with all of you during this incredibly difficult time. https://t.co/poNByYHUvG

On behalf of @oakvillefire we offer our deepest condolences to the family of Cst. Gillespie's family, friends, and the entire @YRP colleagues. pic.twitter.com/oiT9Ma9tL2

Gillespie was sworn in as a police constable on April 29, 2020 and was assigned to #2 District Uniform Patrol in Richmond Hill and in the Thornhill area of Markham and Vaughan.

Prior to joining the force, he worked as a Metrolinx/Go Transit special constable and as a volunteer worker for Community Living and Primal MMA Academy.

He is survived by his parents, loved ones and colleagues.

The investigation into the collision is ongoing, with police seeking witnesses and anyone with dashcam footage or residential video surveillance footage of the incident.