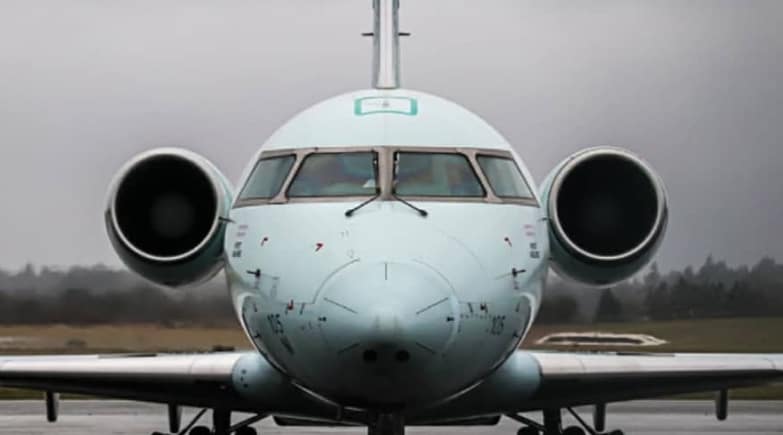 The crew of a Mississauga-based airline is among a group detained in the Dominican Republic after a large quantity of cocaine worth $18-million was found on a flight destined for Pearson Airport.

The National Directorate for Drug Control (DNCD) in the Caribbean nation says 200 packages of cocaine were found on the aircraft operated by Pivot Airlines at Punta Cana International Airport. Authorities there say the drugs have a street value of $18-million.

Pivot has confirmed the five aircrew have been detained while authorities investigate. The company says the aircrew alerted authorities after the drugs were found onboard April 5.

“The Pivot crew immediately reported it to local authorities in accordance with Transport Canada-approved policies and procedures, as well as local and international laws,” the airline said in a released statement.

The airline said it is working with authorities in the Dominican Republic to ensure the safety of its employees and to have them returned to Canada.

Dominican officials say 11 people in total have been detained as police continue their investigation.

“An extensive investigation process has been initiated around this case, the Public Ministry, assisted by DNCD agents, are working hard to clearly establish who is directly linked to the seizure of the substance,” a government release states. “The crew, passengers and other investigated, as well as the aircraft, Mitsubishi CRJ-100ER, are under the control of the Public Ministry while the investigations continue to determine if there are other possible implicated.”

Operating out of Pearson Airport in Mississauga, Pivot is a charter airline company that started in 2020 and flies to international destinations with plans to expand within Canada.